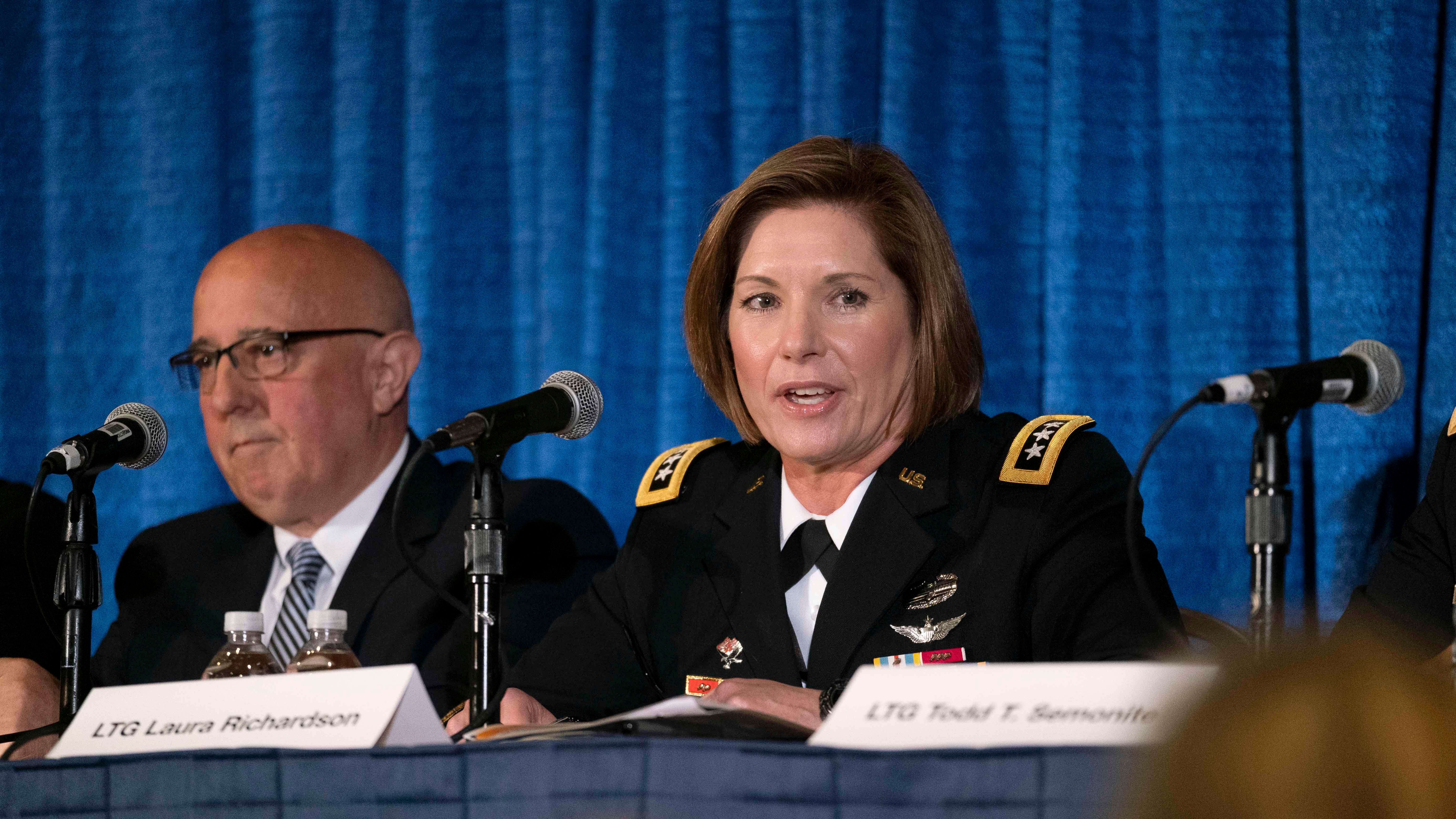 After four major hurricanes hit the U.S. in 2017, the Army used its lessons learned to update the way it prepares for a complex catastrophe, a senior Army leader said.

“We developed a template at Army North that actually [outlines] in terms of capabilities what we would deploy,” Lt. Gen. Laura Richardson, commander of U.S. Army North, said Oct. 16 while speaking on a panel about disaster response at the Association of the U.S. Army’s Annual Meeting and Exposition.

“We already know we’re going to be in on the ground before the storm hits … so we don’t have to try to fight our way in there just to get there,” Richardson said. “We’re already on the ground, and we can start operating immediately.”

As Florida prepared for a possible hit from Hurricane Dorian earlier this year, Army North had 35 units—or about 5,000 personnel plus equipment—ready to deploy in 24 to 48 hours, she said.

Richardson said building relationships and clear communications across the Army and state level is a critical part of being prepared before a storm hits.

Once a disaster occurs, the Army—including the Corps of Engineers, National Guard and Army Reserve—works with federal, state and local organizations and leadership to pool resources and execute plans.

“The unity of effort is just tremendous,” Richardson said. “It’s really not about who gets credit for any of this. It’s [about] how we can pool all of our resources … to bring the best possible response that we can to make sure we minimize, mitigate and do what we need to do.”