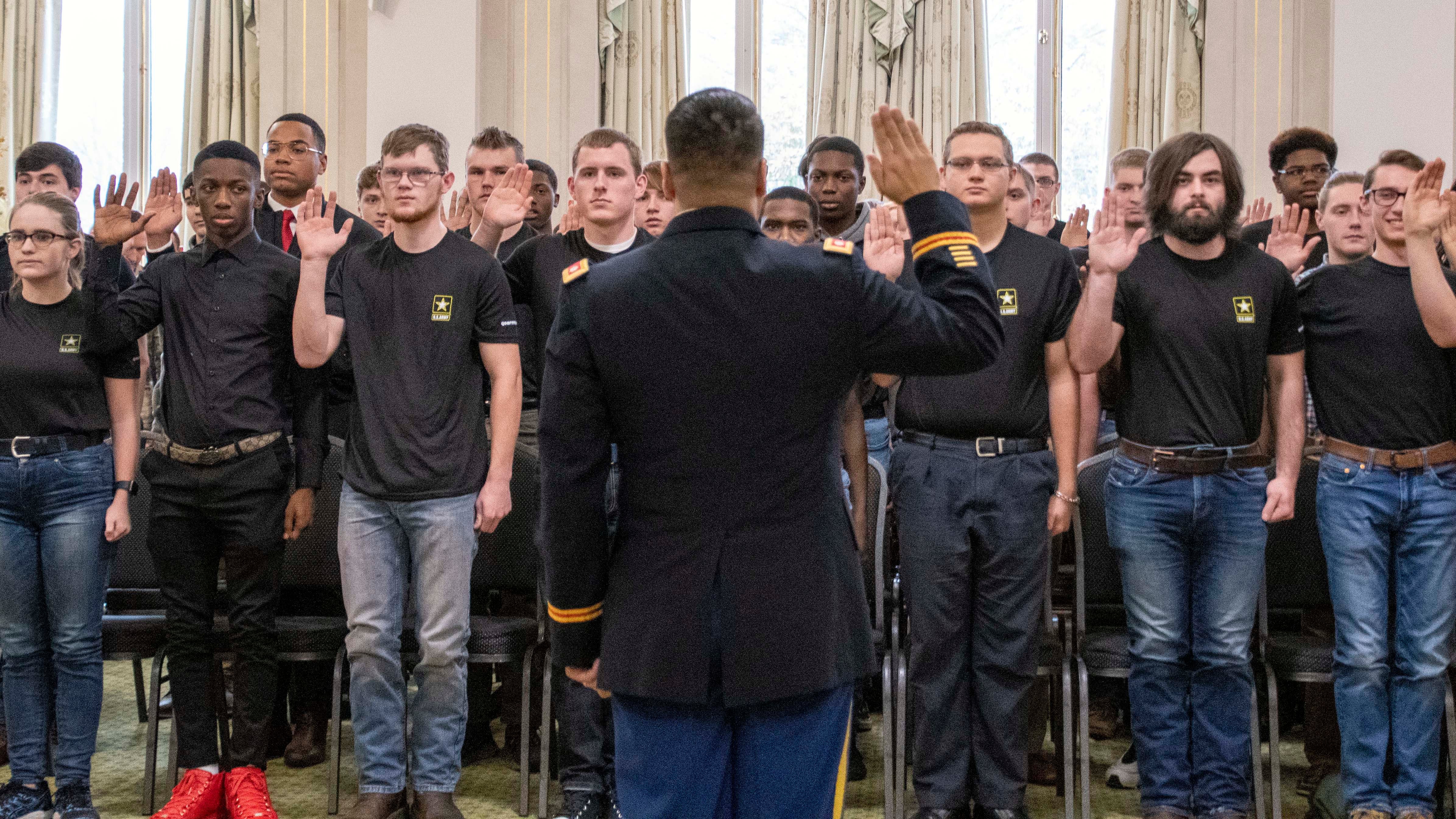 Thousands of Army recruits are now taking a new military entrance exam in addition to the tests they already must complete as part of a three-year pilot study authorized by the Defense Department.

The non-cognitive exam, called the Tailored Adaptive Personality Assessment System, is a 120-question personality test designed to help select the best new soldiers and increase the overall quality of the Army.

Using the exam, also known as TAPAS, the pilot will evaluate the use of personality testing to supplement the Armed Forces Qualification Test and the Armed Services Vocational Aptitude Battery. The goal is to see if such tests can help the Army identify or define what a potential soldier might bring to the Army beyond just math or language skills, experts said.

“Those who will enlist through the [TAPAS] pilot program will be more qualified than what their cognitive test score says,” said Tonia Heffner, selection and assignment research unit chief at the Army Research Institute for the Behavioral and Social Sciences.

TAPAS has been used on recruits since 2009, but it was only used to collect data on recruits who were already entering their MOSs. The new three-year pilot study will see the test offered to a wider pool of up to 6,000 applicants annually.

In the past, the data has consistently shown that individuals with higher motivation outperform what their below-average score indicates, Heffner said. They adapt better to the Army and have fewer disciplinary incidents, she said.

For the pilot, recruits from all three Army components who score between 45–49 on the Armed Forces Qualification Test and score in the top 50% on TAPAS will be exempt from the AFQT grading scale.

The new system is expected to increase the number of eligible recruits without compromising Army standards, Heffner said.

“There will be lower attrition for the people in the pilot program and they will outperform many of their peers,” Heffner said. “If someone is within five points out of a 100-point scale [on their AFQT], they scored just below, but because of their motivation, they’ll behave like someone who scores above.”

Allowing those who score in the top 50% of TAPAS to enlist will help fill the Army with “high-quality, extremely fit individuals who are capable of performing successfully as soldiers,” Heffner said.