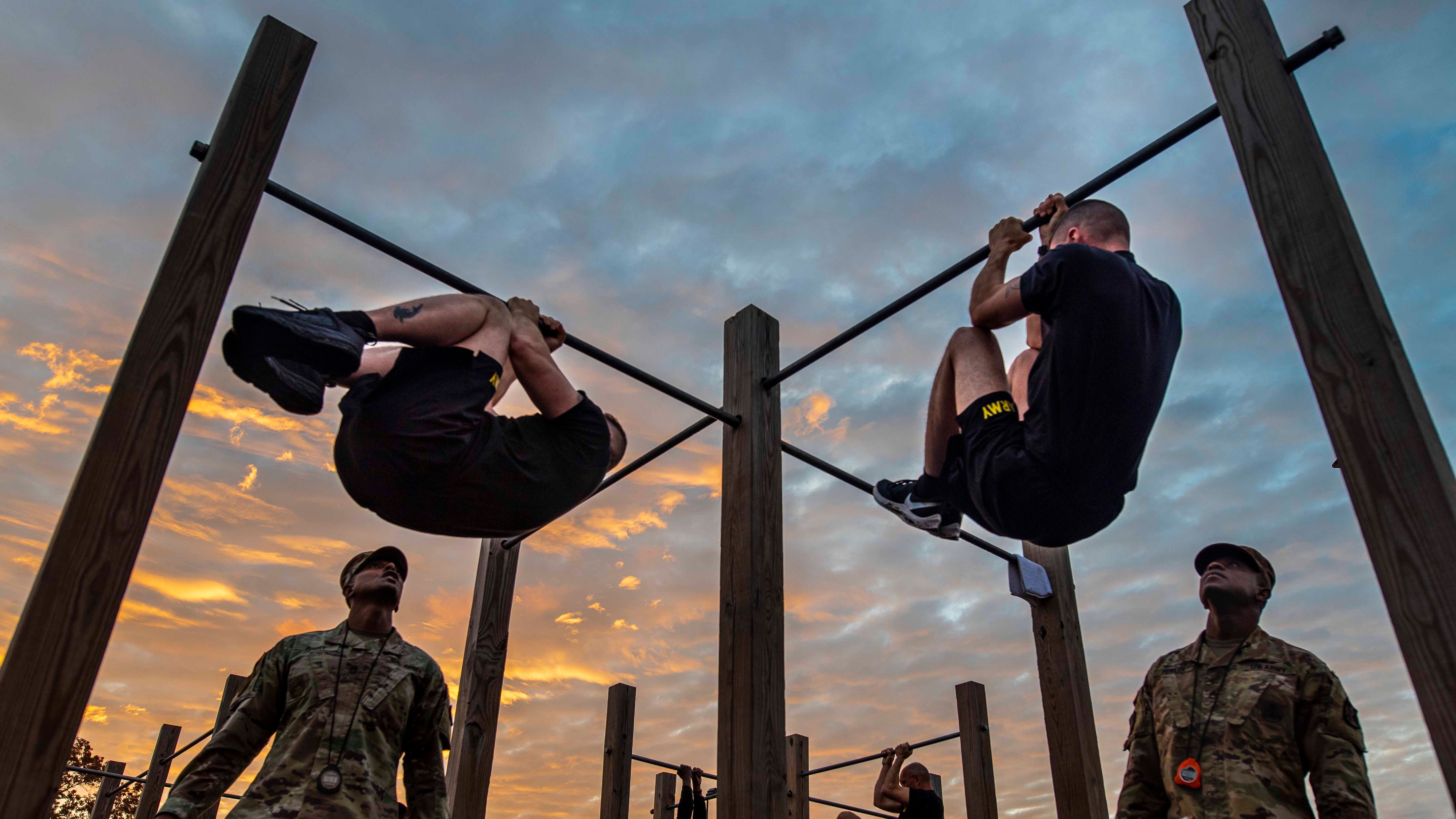 The Army is rolling out new “performance teams” made up of experts such as strength trainers and dietitians as part of its Holistic Health and Fitness initiative to take better care of soldiers, a top general said.

“We’re going to take care of the whole soldier under H2F,” Maj. Gen. Lonnie Hibbard, commanding general of the Center for Initial Military Training, said Oct. 15 during a media call.

The Army’s H2F program is an “all-inclusive” initiative designed to combine physical, sleep, nutritional, spiritual and mental fitness, according to the Army.

With a focus on injury prevention and long-term health, performance teams consisting of physical therapists, dieticians, occupational therapists, athletic trainers, cognitive enhancement specialists and strength and conditioning coaches will be embedded in brigades across the Army.

They will work with the chaplains, medical personnel and behavioral health teams already embedded within brigades “as one group” under this effort, Hibbard said.

“It combines all aspects of human performance under a single governance,” he said.

The initial H2F-resourced brigades will receive “a full complement of resources,” including personnel and a roughly 40,000-square-foot Soldier Performance Readiness Center, according to Col. Kevin Bigelman, director of Holistic Health and Fitness.

Dedicated to H2F programming, unit-owned Soldier Performance Readiness Centers will serve as brigade-sized “brick-and-mortar” training centers for soldiers, and they will be staffed by the program’s professionals.

This fiscal year, 28 brigades will receive performance teams, followed by up to 18 brigades each year through fiscal year 2026, according to Bigelman.

“H2F is really an investment in the health and fitness of our most critical weapon system—the soldier,” Bigelman said, adding the long-term investment will bring on more than 500 military personnel, 700 Army civilians and 1,9000 contractors.

While soldiers have a “personal responsibility” for their health and fitness, H2F will help soldiers “take charge of their health, fitness and wellbeing” while decreasing their risk of injury, Bigelman said.

The H2F initiative is part of an overall culture shift in the Army’s approach to health and fitness. As part of these changes, the new Army Combat Fitness Test this month became the Army’s official test of record, replacing the 40-year-old Army Physical Fitness Test.

“If you look at the number of active-duty soldiers who are medically nondeployable, that equates to being short about nine brigade combat teams worth of combat power that can’t deploy at a given notice,” Hibbard said.

Reducing those numbers by just 1% will save the Army more than $40 million, he said.

“We owe it to our men and women of our Army to provide them the necessary tools and training to fight and win our nation’s wars,” Hibbard said. “But we have to that by protecting the whole soldier.”