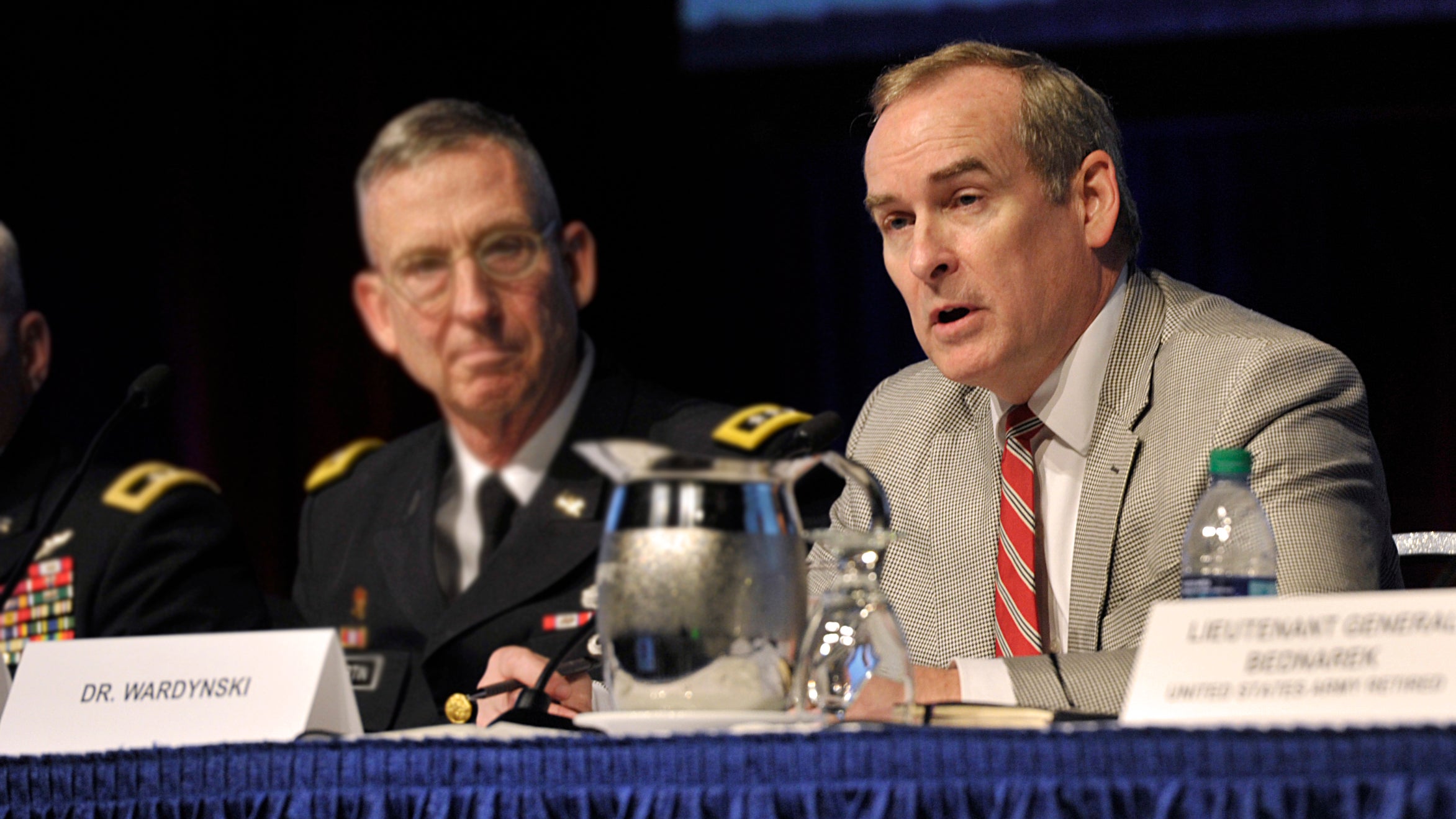 The Army must find ways to quickly evolve as it works to recruit new soldiers and grow the force, the service’s top personnel official said.

“Today, everyone is in a competition for talent,” Casey Wardynski, assistant secretary of the Army for manpower and reserve affairs, said during the Association of the U.S. Army’s Global Force Symposium and Exposition in Huntsville, Ala.

The Army faces some “unique” challenges as it tries to attract Generation Z, Wardynski said. “We have to be thinking, will we wait until they’re 17? Or will we begin talking to them when they’re 12, 13, 14 or 15, when they form the set of things they’re thinking about doing with their life?”

“If we wait until they’re 17 or 18, we will not be their first impression. Others will have made that for us,” he said. “We will be the second or third impression. It’ll take much more effort to get them thinking about what we have to offer.”

After falling short of its recruiting goal last year, the Army has boosted its recruiting force and rolled out several new initiatives, including a new focus on recruiting in 22 major cities across the country.

The Army is on track to meet its 2019 goal of 68,000 new soldiers, and plans call for the active force to grow by 2,000 soldiers every year for the next five years.

“It’s up to us to bring the right technologies to bear to give them a balanced picture … and ensure we are first choice and not the choice after all other choices have failed to materialize,” he said.