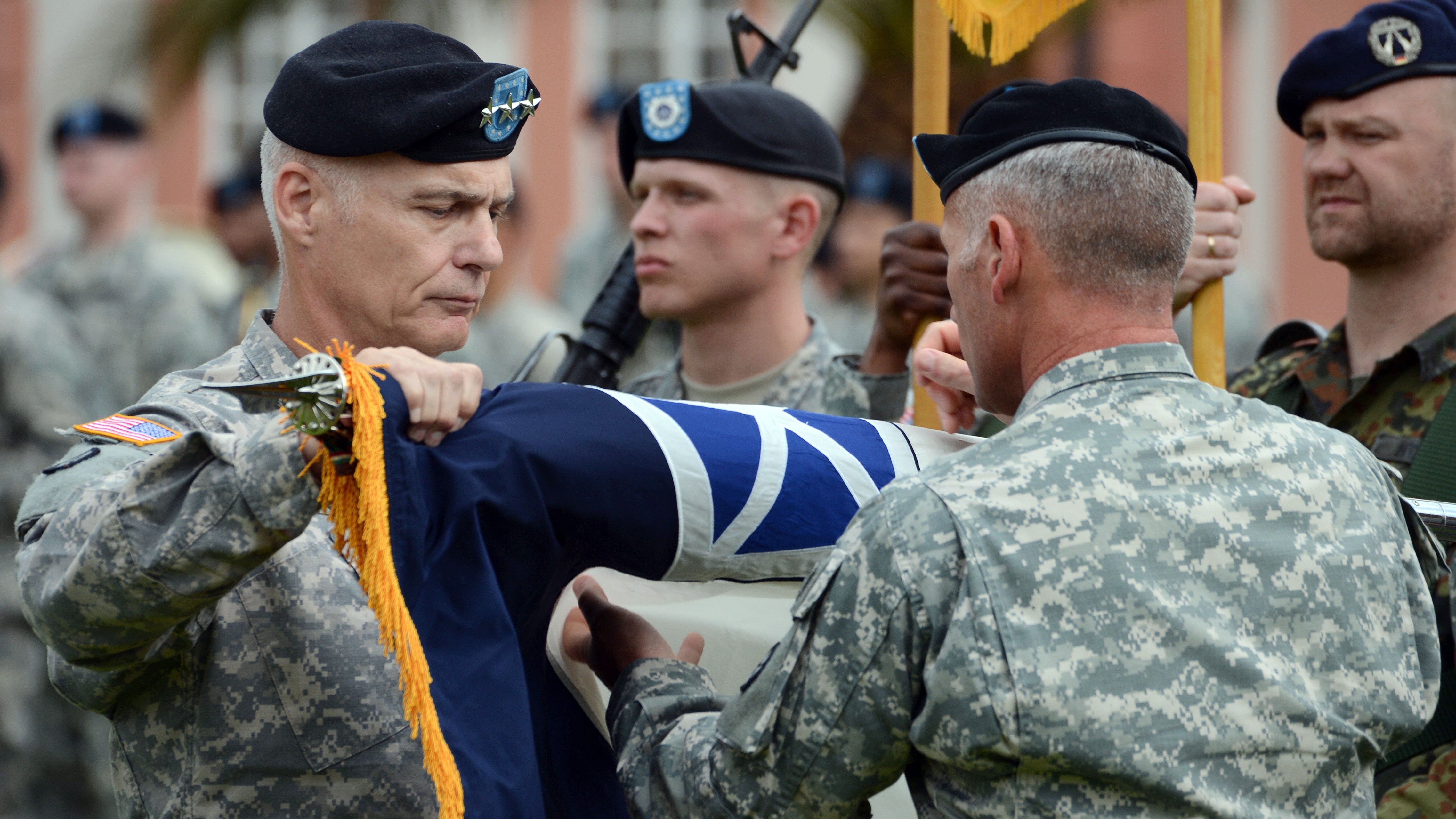 The Army is bringing back Fifth Corps, also known as V Corps, almost seven years after it was inactivated, the service announced.

The corps, which is expected to be operational by fall, will have about 635 soldiers. It will be located at Fort Knox, Kentucky. Once the unit is stood up, about 200 of its soldiers will support an operational command post in Europe on a rotational basis, the Army said.

“Combatant commanders know they can count on highly trained and ready Army forces as they implement the National Defense Strategy around the world,” Army Chief of Staff Gen. James McConville said in a statement. “The activation of an additional corps headquarters provides the needed level of command and control focused on synchronizing U.S. Army, allied and partner nation tactical formations operating in Europe.”

The activation of V Corps will give the Army four corps headquarters. The others are I Corps at Joint Base Lewis-McChord, Washington, III Corps at Fort Hood, Texas, and XVIII Airborne Corps at Fort Bragg, North Carolina.

"I am thrilled to know that V Corps—an operational U.S. Army headquarters—will stand up soon ... to support our European allies to promote peace and stability in the region," said retired Lt. Gen. Kenneth Hunzeker, who commanded V Corps from 2007 to 2009. "V Corps will have the capacity to provide oversight and operational guidance to a multitude of coalition units to ensure strength and unity as a coalition and stand strong on the European continent with the full force of our allies."

Retired Lt. Gen. James Terry was V Corps' last commander before it was inactivated in 2013.

"V Corps' return to the active roster is significant as it will play a large role in regional and global security," he said. "In this period of continuous competition with adversaries that wish Americans and our allies harm, V Corps provides unique capabilities at the operational level of conflict to synchronize activities in a complex environment requiring multidomain operations."

Terry added that he was "deeply humbled and honored" to have commanded the corps. "I know the legacy of V Corps will continue to be one of honor, duty and selfless service to the nation," he said.

The V Corps’ history dates to 1918, when the unit was activated during World War I during combat in France, according to the Army. By the end of the war, the corps had fought in the Lorraine, St. Mihiel and Meuse-Argonne campaigns and was dubbed the “Victory Corps.”

It later took part in the D-Day invasion and liberation of Europe during World War II, defended Western Europe during the Cold War, and saw service in the Balkans, Iraq and Afghanistan, according to the Army.

Most recently, V Corps had its headquarters in Germany. It was inactivated in 2013 as part of a larger restructuring of Army forces in Europe.

"From World War I and World War II, through the Cold War, to the drive into Kosovo, to the invasion of Iraq and service in Afghanistan, when V Corps was needed, it was there," said retired Sgt. Maj. of the Army Kenneth Preston, the former Association of the U.S. Army vice president for NCO and Soldier Programs who served as the corps' senior enlisted soldier from 2001 to 2003. "History reflects the performance of the organization and the soldiers who proudly wore the historic V Corps patch. There is no doubt their legacy of service to our Army and our nation will continue in this next chapter of service."