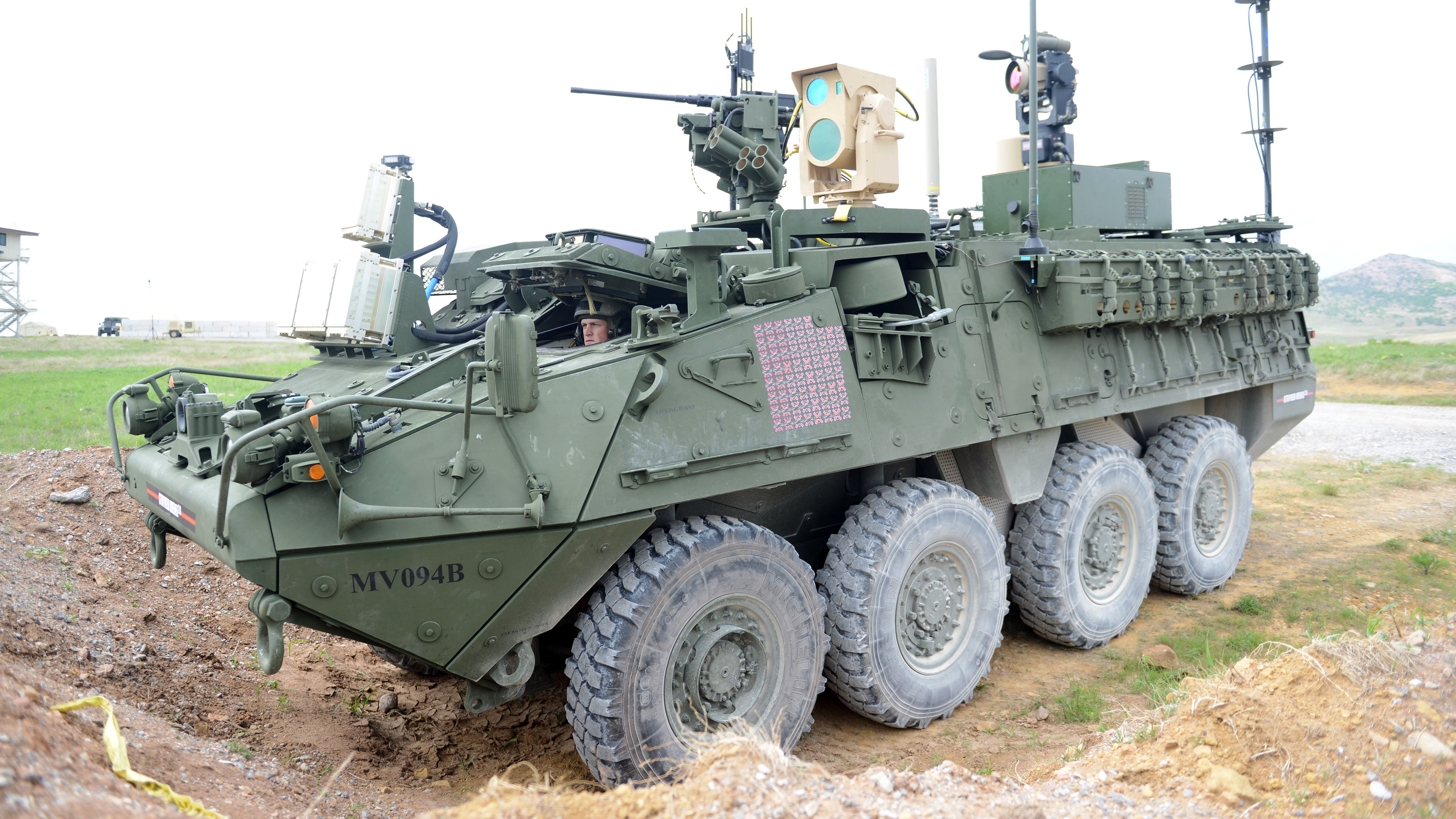 The U.S. Army is now on course to field a platoon of laser-armed Stryker vehicles within three years and a full battery in four years, a rapid move to high-energy weapons that helps meet one of the Army’s top modernization priorities.

“The time is now to get directed energy weapons to the battlefield,” said Lt. Gen. L. Neil Thurgood, who heads the Army Rapid Capabilities and Critical Technologies Office and is director of hypersonics, directed energy, space and rapid acquisition.

The rush is on to deliver 50-kilowatt lasers mounted atop combat vehicles to shoot down rockets, artillery, unmanned aerial systems and other threats to ground combat units.

The U.S. military has been studying laser weapons for 40 years, and the Navy has been field-testing laser systems since 2014. The Army has been working on the technology for years, looking for ways to generate the power needed to operate a laser system without adding too much weight to a combat vehicle. Some of the Army’s testing involved a 10-kilowatt laser mounted on a heavy tactical truck, but the goal is to have laser weapons deployed on lighter, more mobile vehicles like the Stryker.

Four prototypes ordered by the Army would be 50-kilowatt Stryker-mounted lasers. “This is no longer a research effort or a demonstration effort,” Thurgood said in a statement. “It is a strategic capability, and we are on the right path to get it in soldiers’ hands.”