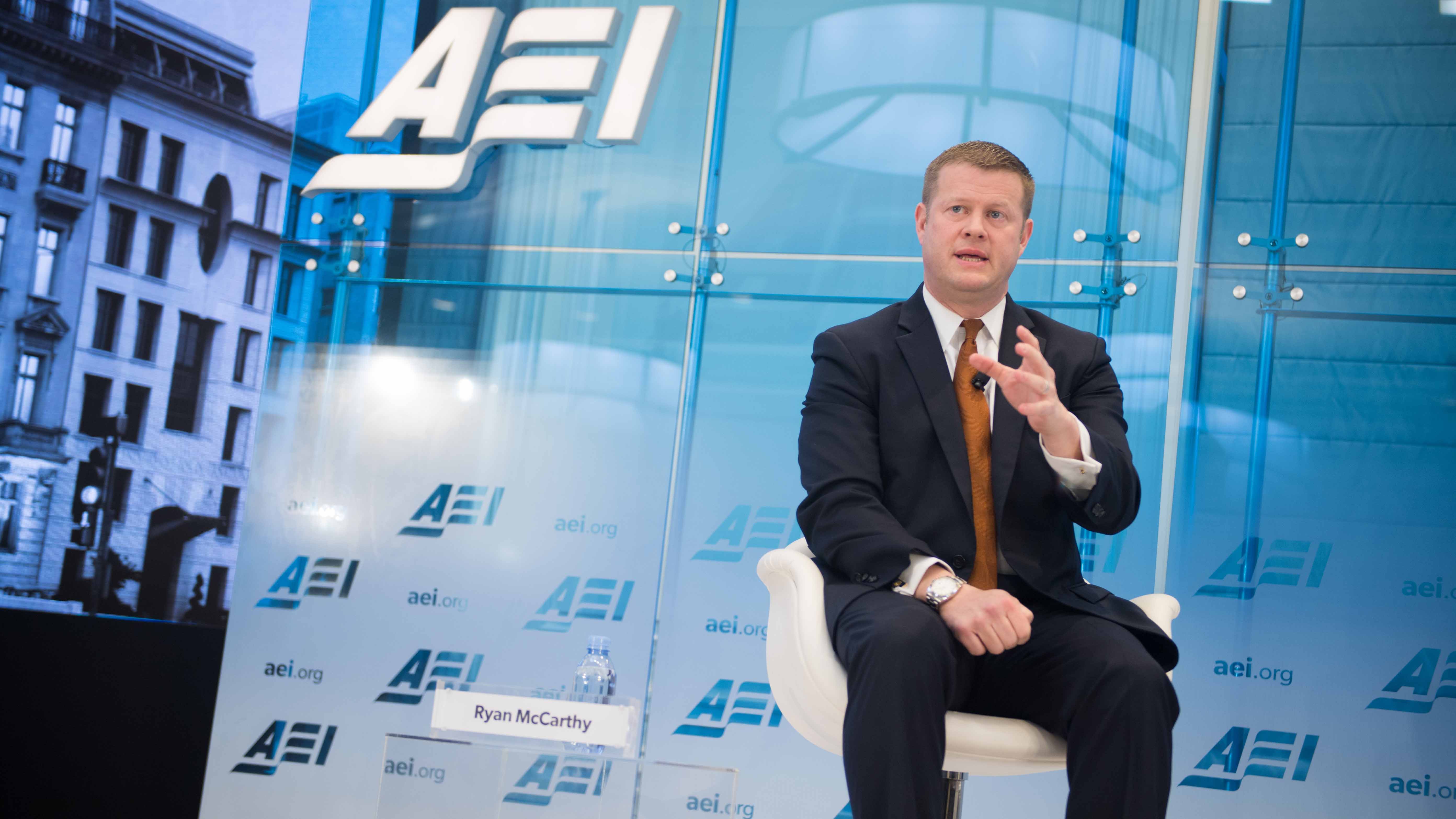 Lawmakers have reached another agreement to keep the federal government running, but the impact of back-to-back continuing resolutions on readiness and modernization can already be felt across the Army, Secretary of the Army Ryan McCarthy warned.

“From a readiness standpoint, we’re very concerned,” McCarthy said while speaking at the American Enterprise Institute on Nov. 21.

Since the fiscal year began Oct. 1, federal agencies, including the Defense Department, have operated under a stopgap funding measure, known as a continuing resolution, that expired Nov. 21. With no budget deal in sight, lawmakers agreed to extend current spending through Dec. 20. During an extension, government funding is capped at 2019 levels.

McCarthy said Army commands were notified more than a month ago to dial back on investments, expenditures and recent maintenance by 2%—a reduction that affects training.

“Turning the knob down on training” has an impact across the system as readiness immediately begins to decline, McCarthy said. Even if a permanent budget is reached by the end of the year, the Army will be at less than 100% readiness for 90 days, he warned.

“We’ve tried to make the adjustment, but if it goes any further than Christmas, the numbers will start going up on the impact,” McCarthy said.

“We start reducing the dial slowly, but by December or January, we’re going to start cranking it harder,” he said. “It won’t just be a 2% reduction; it could be more.”

The reduction can impact DoD’s business partners, too, he said.

“If you’re a company doing business with the Department of Defense, and [we] go an entire quarter without buying product from them, what are they going to do?” McCarthy asked. “When these massive organizations have this kind of knee-jerk stop in the process, they lose momentum.”

According to DoD, the Army will be forced to delay 31 production rate increases, putting at risk programs to upgrade the UH-60M Black Hawk helicopter and the Stryker vehicle, if no permanent budget is reached.

Delays in modernization efforts will prevent the Army from obtaining new capabilities and systems, which will directly affect the 2nd Cavalry Regiment and rotational armored brigade combat teams conducting missions across Europe.

McCarthy said that relying on continuing resolutions can have a negative long-term effect on the Army.

“When you have six, seven or eight years of continued resolutions in a row, you end up breeding a generation of officers that don’t know what an appropriations bill looks like, and they don’t know what a full training plan looks like,” McCarthy said. “It’s like you’re breeding mediocrity in the system. Why would we do that?”