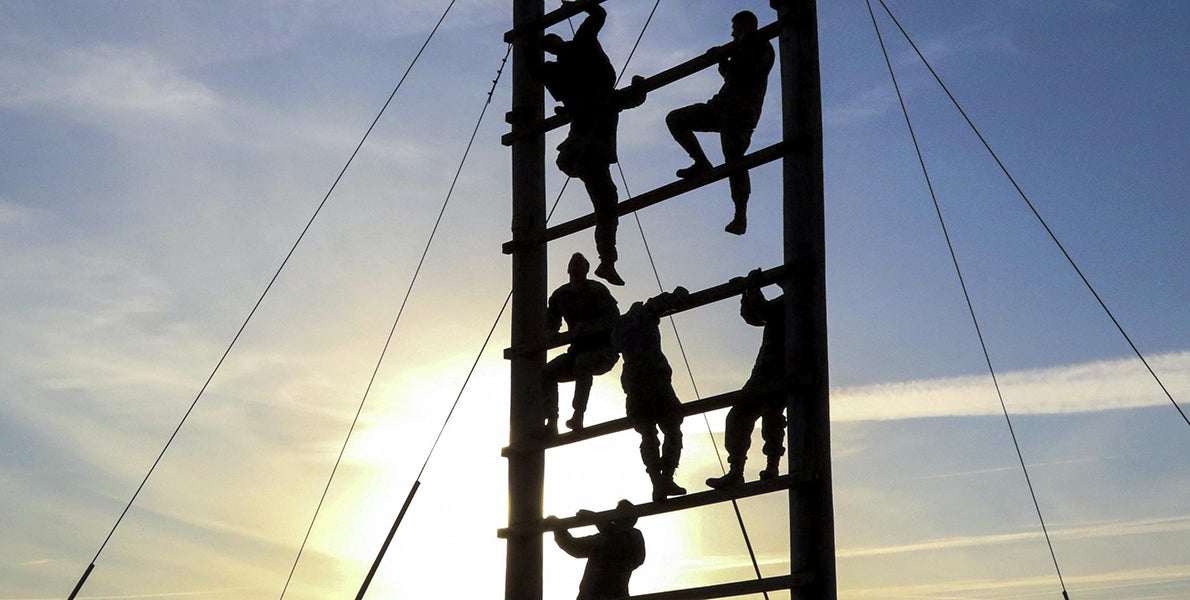 A recent RAND Corp. analysis of the best civilian job matches for the 10 most populous Army military occupational specialties lists firefighter as a “high-quality” match for nine of those MOSs.

The explanation offered by RAND researchers makes sense: Firefighting “requires individual and team movement, navigation through unknown environments, proficiency with equipment, communications with both hand signals and by radio, strength, fitness, and an ethos of duty and responsibility,” the report says.

The analysis holds the promise of helping separating soldiers in the service’s many other occupational specialties find more success in shopping their military-gained skills and knowledge to the private sector.

The surveys asked 234 questions aimed at rating the knowledge, skills, abilities, work activities, work context and work styles that soldiers in those MOSs felt were most important. Researchers then created a “distance metric” on a scale of one to 100, with higher scores deemed to more closely match the relevant Army MOS. A score of 80 was the minimum for a high-quality match.

The resulting analysis identified 66 civilian occupations scoring in that upper range for four or more of the 10 Army MOSs. Along with firefighter, other good matches in several of the 10 MOSs included captain, mate or pilot of water vessels; sheet metal worker; electrical and electronics repairer; and bus and truck mechanic.

Researchers recommend using this survey model to build crosswalks for other MOSs, possibly by integrating the surveys into the existing Transition Assistance Program.

The full report is online at http://www.rand.org/pubs/research_reports/RR1719.html.