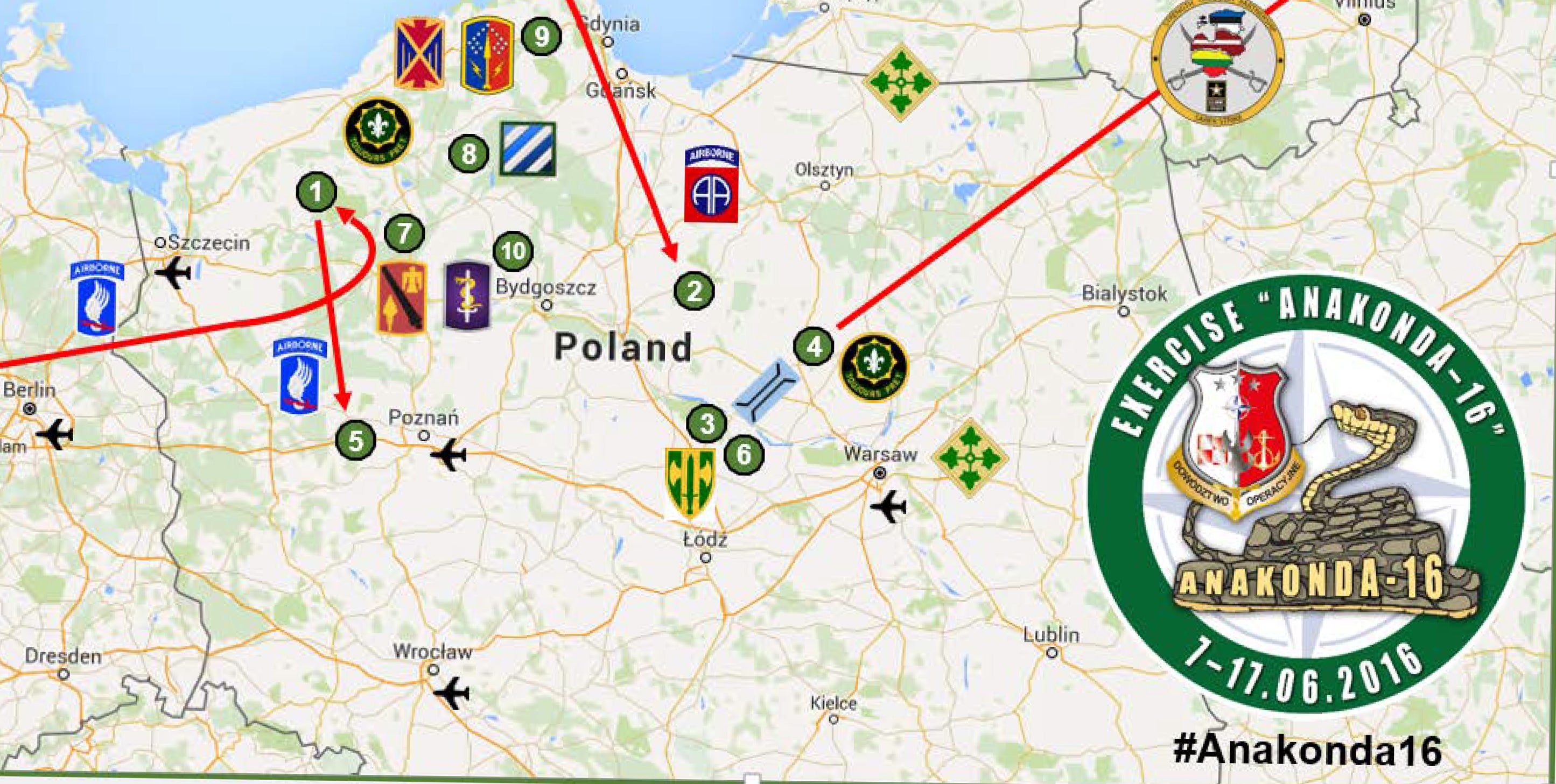 The massive European training exercise known as Anakonda 16 shifted into high gear June 8 as the U.S. Army’s 130th Engineer Battalion, along with British and German military engineers, took just 45 minutes to emplace a bridge spanning about 1,150 feet across the Vistula River in Chelmno, Poland.

The bridging and subsequent river-crossing exercises for allied troops were among the early marquee events for Anakonda, which kicked off June 6 and will continue unfolding across Poland through June 17. The underlying purpose of Anakonda is to reinforce unity and strength in NATO members and partners in the face of Russian aggression in Ukraine, the Crimea and elsewhere.

Anakonda involves more than 31,000 troops from two dozen nations, including 12,000 U.S. troops, three-quarters of whom have deployed from the United States. In the U.S. mix are active-duty units, Army National Guard and Army Reserve elements from 14 states.

Appearing via live stream from the bridging site in Poland to AUSA’s Conference and Event Center in Arlington, Va., Lt. Gen. Ben Hodges, commander of U.S. Army Europe, said the large-scale training exercise represents “strategic messaging” by the Army. “We are here. We are back,” he declared.