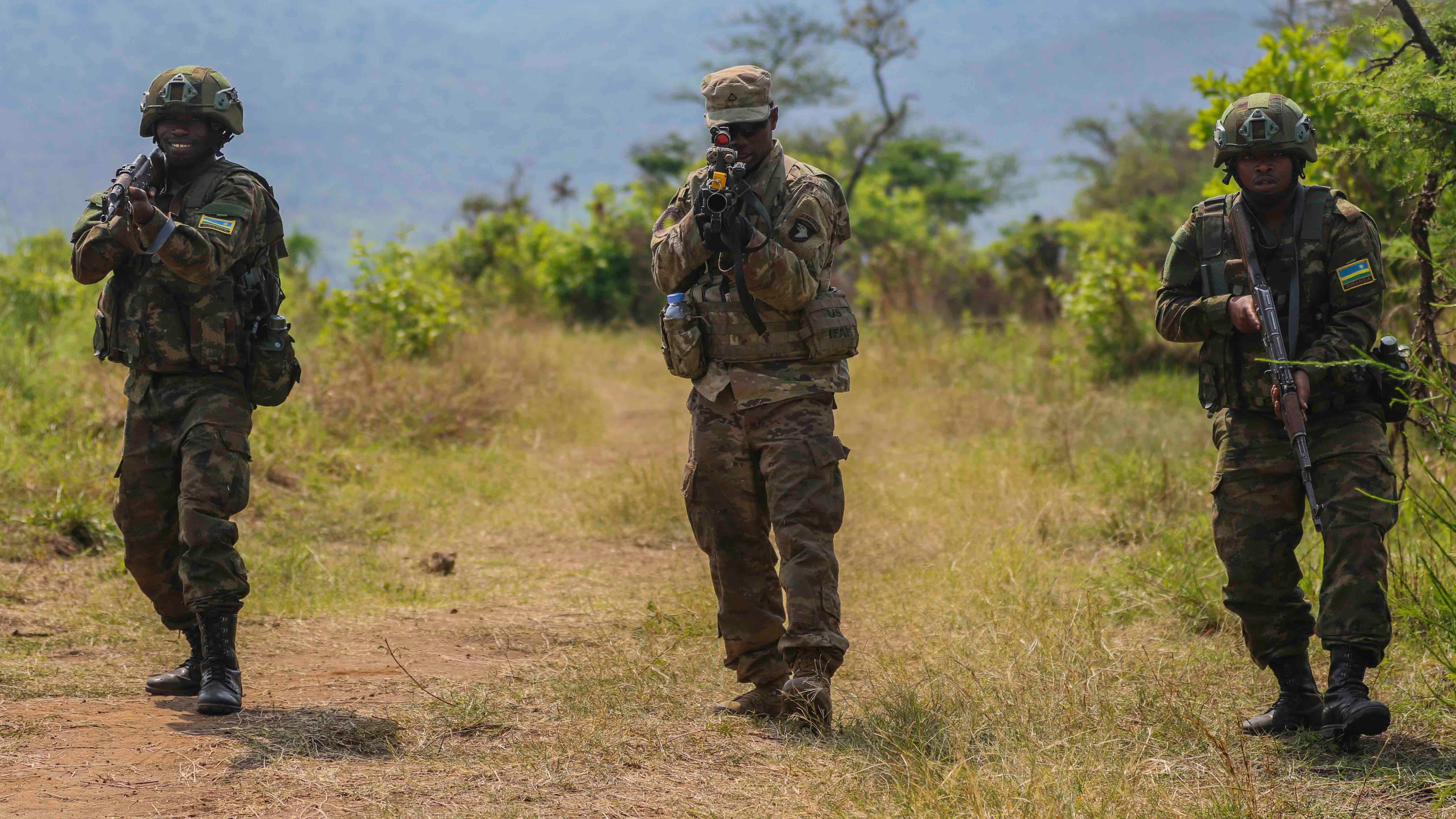 The U.S. military continues to face an array of threats in Africa while keeping its eye on near-peer competitors such as China and Russia, the commander of U.S. Africa Command said.

“We’ve kept events in Africa from derailing. Our primary security focus is China as our pacing threat and Russia as our… near-term threat. We’ve been able to focus on those threats because we haven’t had to focus on Africa,” Gen. Stephen Townsend said July 28 during a media event hosted by the Defense Writers Group.

He went on to warn: “Some of the most lethal terrorists on the planet are now in Africa.”

In terms of strategic threats, China and Russia influence the region in different ways, said Townsend, who has led Africa Command since July 2019 and is preparing to relinquish command Aug. 9.

Russia, on the other hand, is acting in a more “self-interested, exploitative and extractive way,” with its main “action arm” being mercenaries from the Russian security company, Wagner, Townsend said.

“I don’t actually think we need a lot of resources to do our job to protect America’s interests here in Africa and advance our objectives,” he said. “You’ll see continued engagement heavily in East Africa because of the threat from al-Qaida’s arm there, al-Shabab, and you’ll see continued, possibly slightly enhanced, engagement in West Africa, even as all our partners are recalibrating there.”

Though some have expressed concern that Russia may use the war in Ukraine to distract the U.S. and pursue more operations in Africa, Townsend said he is “a little concerned … but not losing a lot of sleep about that.”

“In fact, we’ve seen Wagner draw down a little bit on the African continent in the call to send fighters to Ukraine,” Townsend said. “I think Russia is [over]stretched as they’re doing what they’re doing in Ukraine. I don’t think they have a lot of bandwidth to launch new adventures in Africa.”

Moving forward, Townsend said that Africa Command will continue to build on its work with African allies, particularly through the National Guard’s State Partnership Program.

“I’m a big fan of the National Guard State Partnership Program,” he said. “We have a waiting list of African partners who want to get on the state partnership list, and we probably can absorb about one [partner] a year. I’m eagerly looking forward to our next state partnership, because I think that they’re really valuable.”