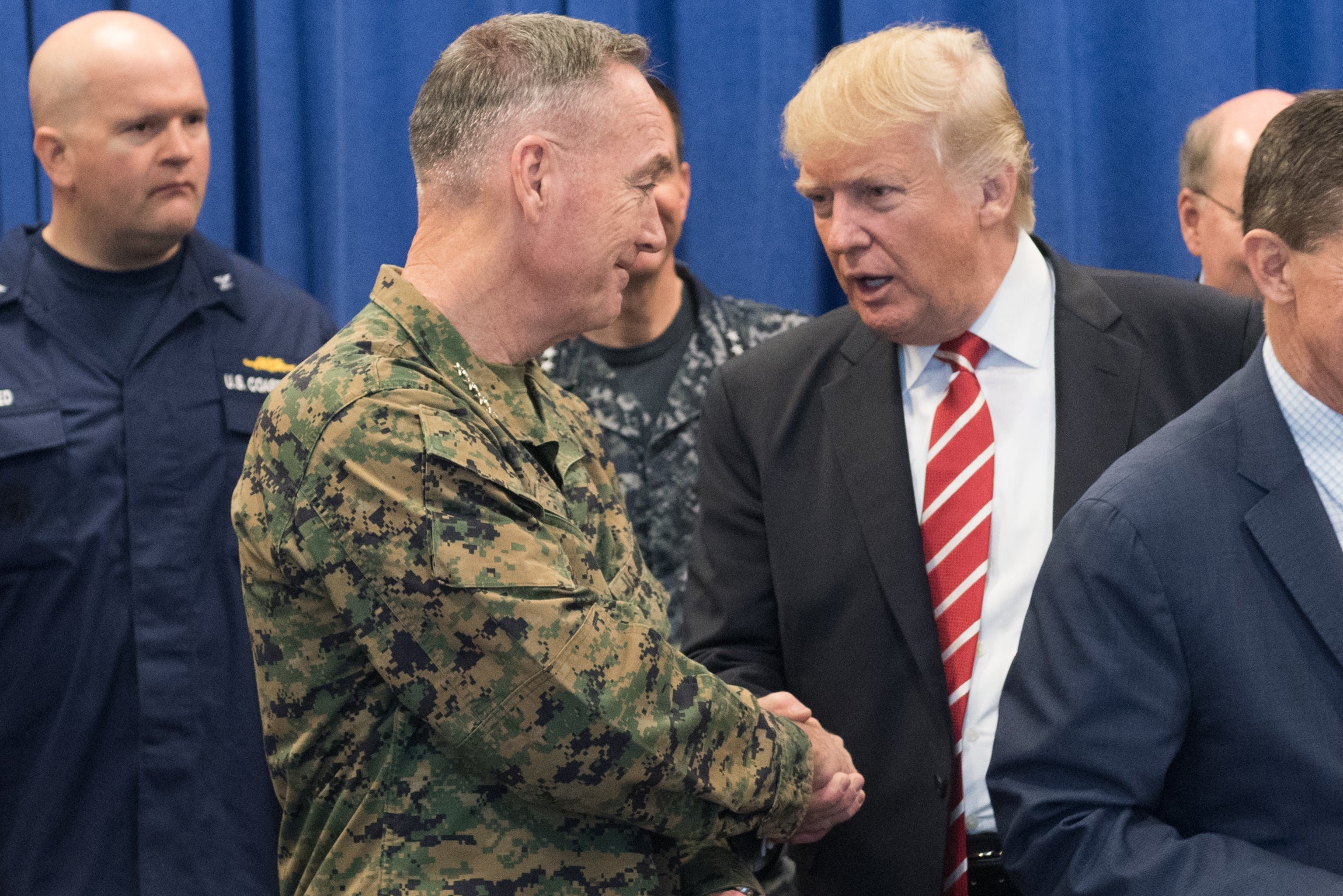 A new U.S. policy on Afghanistan unveiled Aug. 21 by President Donald Trump could lead to deployment of another 4,000 soldiers on top of the about 8,000 already there.

The president did not state a specific number in his speech at Fort Myer, Va., saying he’d leave troop levels to the Defense Department. Instead, he expressed frustration with what is now America’s longest war, and called for a new direction that could lead to its end.

“Micromanagement from Washington, D.C., does not win battles. They are won in the field drawing upon the judgment and expertise of wartime commanders and front line soldiers acting in real time, with real authority, and with a clear mission to defeat the enemy,” Trump said. One of the things military leaders have requested is to increase troop levels, at least temporarily, to bring more stability to Afghanistan.

“The American people are weary of war without victory,” Trump said. “I share the American people’s frustration. I also share their frustration over a foreign policy that has spent too much time, energy, money, and most importantly lives, trying to rebuild countries in our own image, instead of pursuing our security interests above all other considerations.”

Trump said his first instinct as command in chief was to pull all U.S. troops out of Afghanistan but after closer study he has settled on three “fundamental conclusions about America’s core interests.”

First, he said, is the U.S. must honor the sacrifices already made, especially the lives lost of U.S. troops. “The men and women who serve our nation in combat deserve a plan for victory.  They deserve the tools they need, and the trust they have earned, to fight and to win.”

Second, a rapid exit won’t work. “A hasty withdrawal would create a vacuum that terrorists, including ISIS and al-Qaida, would instantly fill, just as happened before Sept. 11,” he said, citing the withdrawal of troops from Iraq in 2011 that resulted in “our hard-won gains slipped back into the hands of terrorist enemies.”

“No one denies that we have inherited a challenging and troubling situation in Afghanistan and South Asia, but we do not have the luxury of going back in time and making different or better decisions,” he said. “We must address the reality of the world as it exists right now—the threats we face, and the confronting of all of the problems of today, and extremely predictable consequences of a hasty withdrawal.”

Another strategy is to talk less about the strategy. “We will not talk about numbers of troops or our plans for future military activities,” he said, calling it “counterproductive.”

“Conditions on the ground—not arbitrary timetables—will guide our strategy from now on. America’s enemies must never know our plans or believe they can wait us out. I will not say when we are going to attack, but attack we will,” he said.

He also pledged to integrate military, diplomatic and economic power on the effort. “Someday, after an effective military effort, perhaps it will be possible to have a political settlement that includes elements of the Taliban in Afghanistan, but nobody knows if or when that will ever happen. America will continue its support for the Afghan government and the Afghan military as they confront the Taliban in the field,” he said in an important pledge that addresses Afghan concerns about the potential to be abandoned.

Pakistan also needs to be addressed, Trump said. “In the past, Pakistan has been a valued partner. Our militaries have worked together against common enemies.  The Pakistani people have suffered greatly from terrorism and extremism,” he said.

“We can no longer be silent about Pakistan’s safe havens for terrorist organizations, the Taliban, and other groups that pose a threat to the region and beyond,” Trump said. “Pakistan has also sheltered the same organizations that try every single day to kill our people. We have been paying Pakistan billions and billions of dollars at the same time they are housing the very terrorists that we are fighting. But that will have to change, and that will change immediately.”