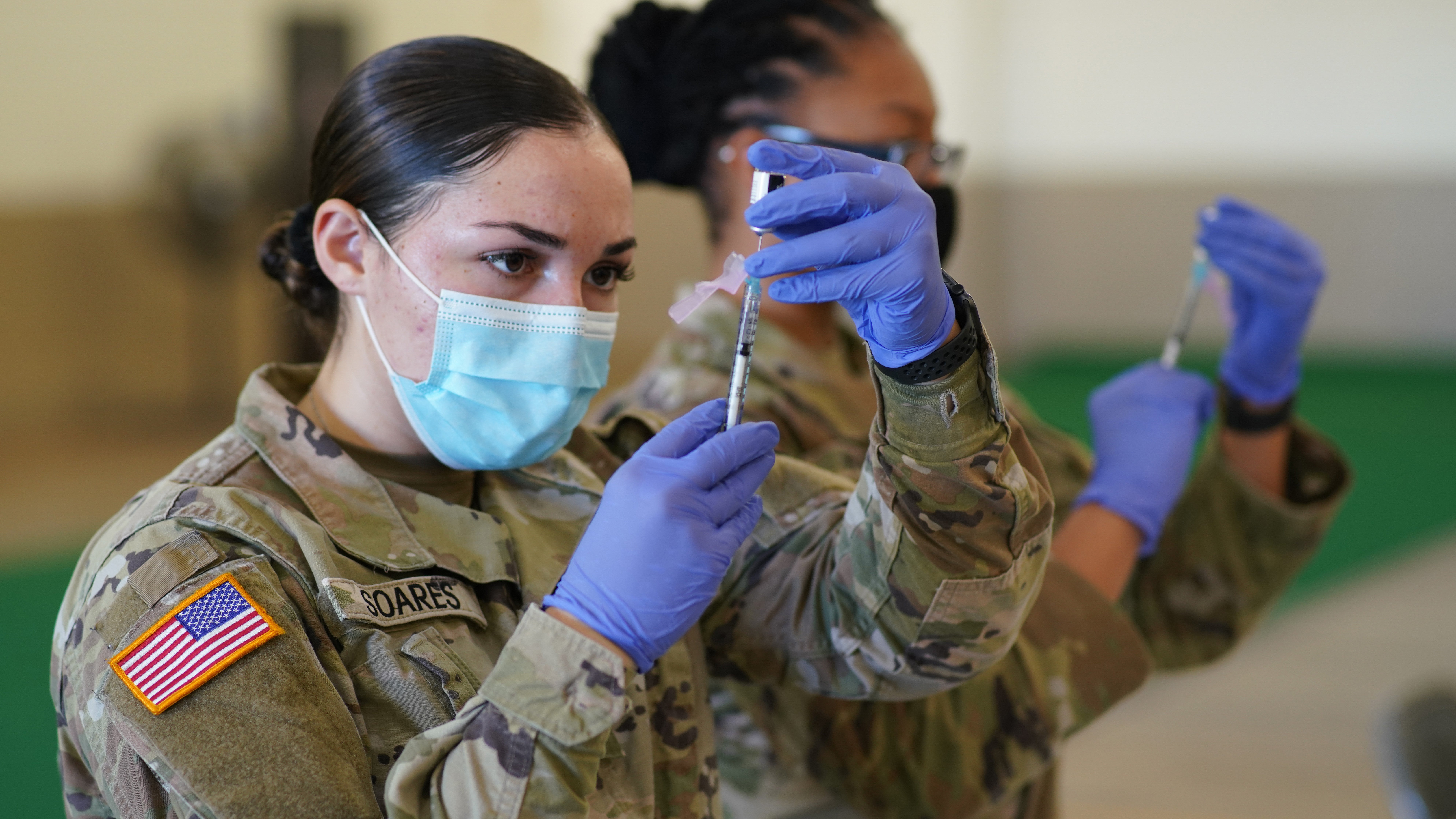 Soldiers now have another option for getting vaccinated against COVID-19.

Novavax is being offered by the Army and DoD after the Food and Drug Administration on Aug. 19 updated its emergency use authorization for the vaccine to include individuals aged 12 and older.

“With the availability of the Novavax vaccine, we are pleased to have another tool to help combat the spread of COVID-19,” Lt. Gen. R. Scott Dingle, Army surgeon general and commanding general of Army Medical Command, said in an Army news release.

The other vaccines offered by the military include those from Moderna, Pfizer and Johnson & Johnson.

Service members who are not vaccinated can indicate their vaccine preference, Dr. Michael Malanoski, deputy director of the Defense Health Agency, said in a DoD news release. “If they'd like to be vaccinated with Novavax, and it’s not immediately available, we’ll make sure the service member can be vaccinated with the Novavax vaccine within a few days,” he said.

Novavax provides another option for unvaccinated soldiers because it uses a different technology from the mRNA and viral vector vaccine options. Dr. Steven Cersovsky, deputy director of the Army Public Health Center, said Novavax performs like a traditional vaccine.

“In a more ‘traditional’ vaccine, like Novavax, the injection gives your body a part of the virus. In this case, it’s giving you one protein, the spike protein,” Cersovsky said, according to the Army news release. “And it allows your body to generate an immune response to that protein.”

The Novavax vaccine uses technology that has been used in other vaccines required by the military.

These protein subunit vaccines have been used for decades to prevent disease, and other vaccines that use this platform include the current shingles vaccine and the Hepatitis B vaccine, officials said.

A two-dose vaccine that does not have a recommended booster, Novavax has been widely used in Europe since early 2022 and has been shown to be as effective as other vaccines at preventing severe disease, hospitalization and deaths from coronavirus infection, Cersovsky said, according to the Army.

Novavax was well tolerated in clinical studies, with the most common side effects being injection-site tenderness, headache, muscle pain and fatigue, according to the DoD news release.

Soldiers who choose to get Novavax will be considered in compliance with the DoD COVID-19 vaccine requirement.

“Our No. 1 priority is protecting the health and welfare of our greatest assets—our soldiers, our family members and Army civilians,” Dingle said. “We will continue to ensure that our personnel have the most accurate information on protective measures they can take to reduce the spread of COVID-19.”