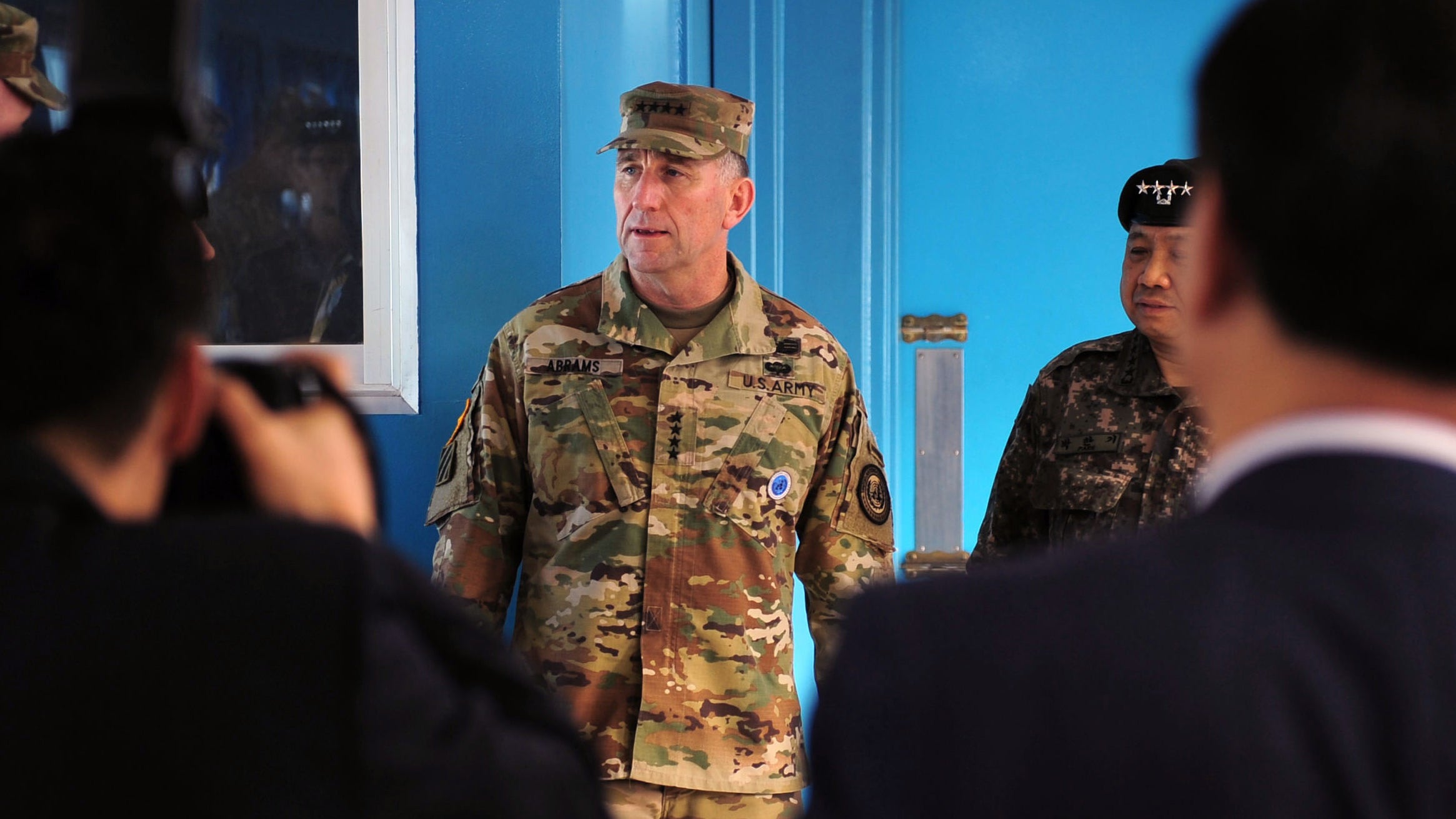 The tension that once dominated the Korean Peninsula has been reduced through diplomatic engagement, but there has been no “verifiable change” in North Korea’s nuclear posture, the commander of U.S. troops in South Korea told a Senate committee.

Gen. Robert B. Abrams, who took over as commander of U.N. Command, Combined Forces Korea and U.S. Forces-Korea on Nov. 7, told members of the Senate Armed Services Committee that the “hard work of diplomacy” has reduced tension and created the environment needed for North Korea to “choose a path of denuclearization.”

However, there’s been no “verifiable change in the country’s capabilities that continue to hold the United States, South Korea and our regional allies at risk,” Abrams said.

A handful of “nascent confidence-building measures” have come about through the inter-Korean Comprehensive Military Agreement, Abrams said, such as demilitarization of the Joint Security Area, some demining of the Demilitarized Zone, mutually verified removal of some guard posts and an uptick in interaction between the two countries’ militaries.

Abrams cautioned, however, that while these steps are positive indicators of the impact of sustained diplomatic efforts, they don’t “represent a substantive change in North Korea’s military posture or readiness. The North Korean military remains formidable and dangerous, with no discernable differences in the assessed force structure, readiness or lethality my predecessor reported in 2018,” he said.

“For these reasons, the security situation continues to demand an appropriately postured and ready force,” Abrams said.