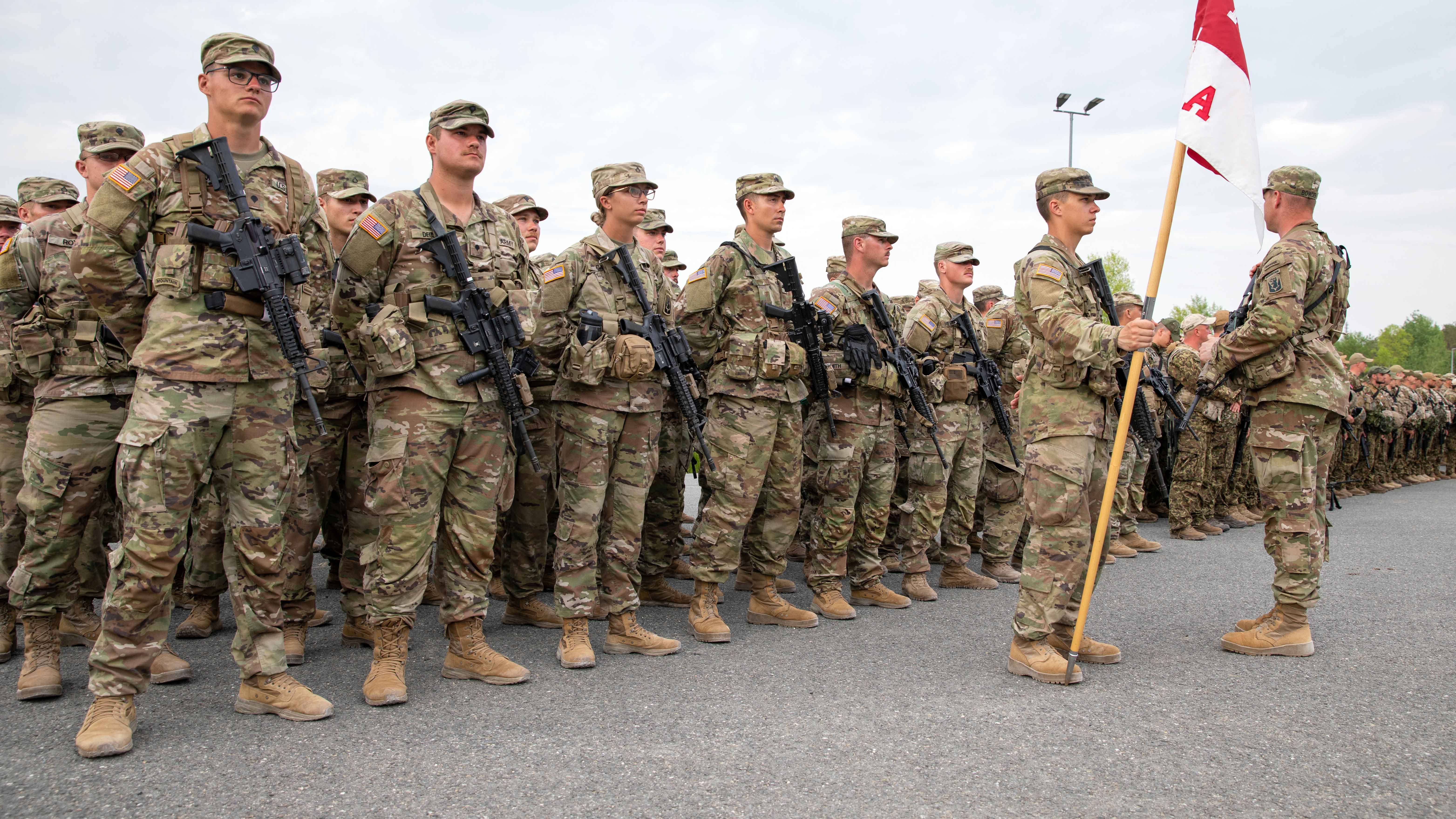 Up to 8,500 U.S. troops have been put on heightened alert as tensions continue to rise in Europe over fears of a Russian invasion of Ukraine.

The NATO Response Force is a multinational force made up of land, air, maritime and special operations forces that the alliance can deploy quickly, wherever needed, according to the NATO website. The force is about 40,000 strong, and the U.S. contributes to the force along with other NATO nations, Kirby said.

“We wanted to be ready in case the call would come,” he said.

The alerted troops are all based in the U.S., and they include brigade combat team, logistics, medical, aviation, transportation, intelligence, surveillance and reconnaissance capabilities, Kirby said.

No decisions have been made to deploy these troops, he said, adding that any decision to activate the NATO Response Force must be made by the alliance.

Kirby did not identify the units that were being put on alert because they were still being notified. In some cases, he said, the units were already on a heightened readiness posture, and Austin decided to “shorten the tether.”

“The idea is all of these units he is putting on ‘prepare to deploy’ will be ready to go on a shortened timeframe,” Kirby said.

The “bulk” of these troops are intended to support the NATO Response Force, but “the secretary wants us postured to be ready for any other contingencies as well,” Kirby said.

Tensions in Europe have soared in recent weeks over concerns that Moscow is planning to invade Ukraine, the Associated Press reported. Russia, which has denied is it planning an invasion, has massed about 100,000 troops near Ukraine’s border, according to AP, and demanded, among other things, that NATO promise it will never allow Ukraine to join the alliance.

In addition to supporting the NATO Response Force, this alert also reassures America’s NATO allies, Kirby said. “This is really about reassuring the eastern flank of NATO, and it’s proving how seriously the United States takes our commitment to NATO,” he said.