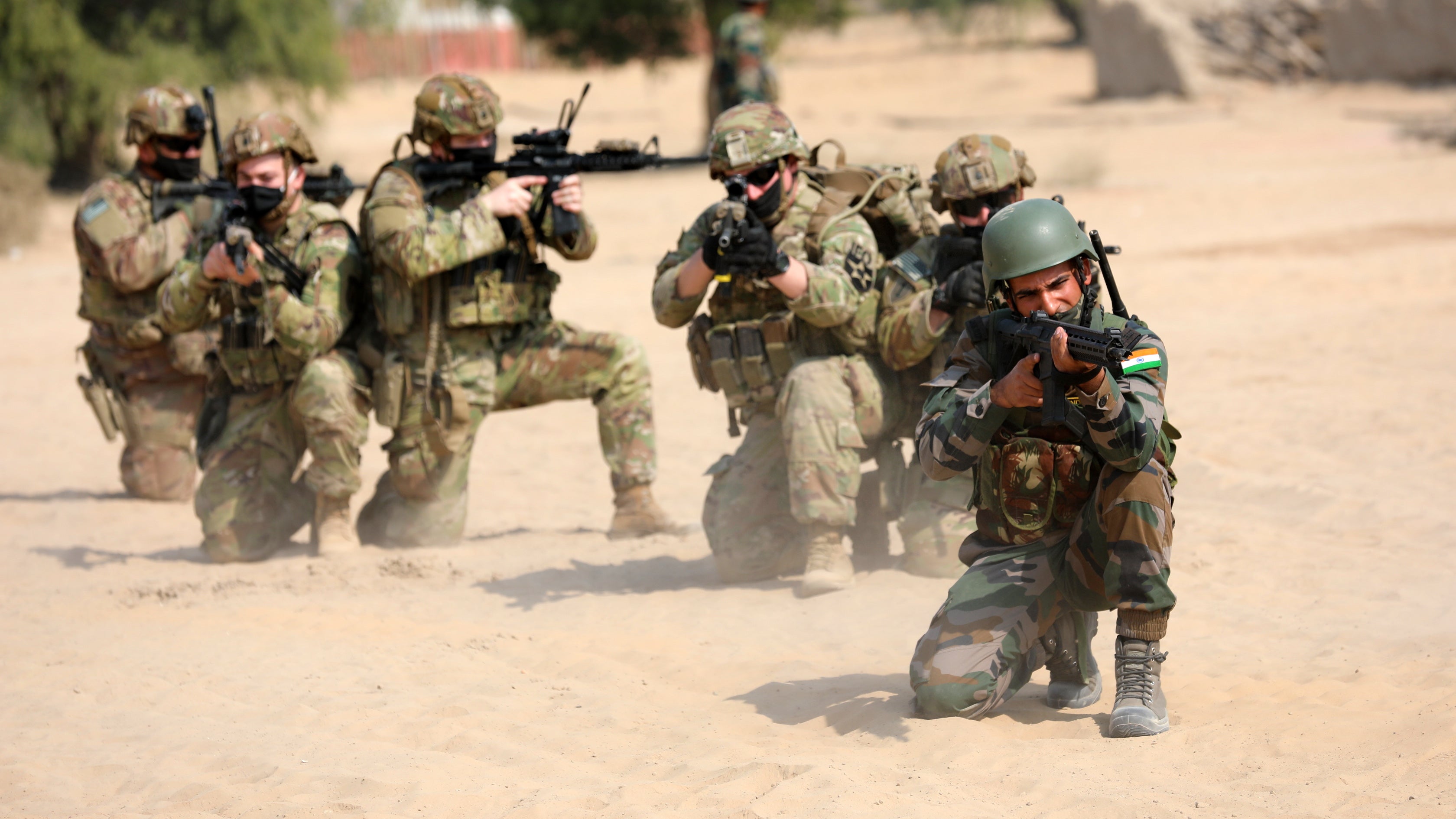 The 5th Security Force Assistance Brigade is going to be “pretty busy” this year as the unit continues to develop partnering relationships with countries in the Indo-Pacific region, the brigade commander said.

Headquartered at Joint Base Lewis McChord, Washington, the 5th SFAB is aligned with the U.S. Indo-Pacific Command under the Army’s planned alignment of its six SFABs with combatant commands based on their geographic locations.

Having completed initial missions in partnership with the armies of Thailand and Indonesia last fall, a team from the 5th SFAB recently carried out its first deployment to India, where the soldiers worked with the Indian army during Yudh Abhyas, a large-scale interoperability exercise the U.S. Army has taken part in for close to two decades.

In addition to the adviser-soldiers, participation in the India exercise included some 250 soldiers from the 1-2 Stryker Brigade Combat Team, 7th Infantry Division, the I Corps and the Washington National Guard, according to an Army news release.

“The team that went to India happened to work within an existing exercise schedule with the Yudh Abhyas,” said Brig. Gen. Curt Taylor, commander of the 5th SFAB, whose plan to have a third of his brigade deployed for six months at a time is taking shape as more partnerships with Indo-Pacific nations evolve, “particularly as we compete across the region.”

“What we’ve noticed is our partners really want that army-to-army, mil-to-mil engagement, and that has been really important. The need is definitely there, so we think we’re going to be pretty busy,” Taylor said during a Feb. 24 virtual media roundtable. “Our plan right now is to deploy one-third of the brigade forward six months at a time and rotate those in a continuous presence so we can keep about 20 teams of the 64 in our brigade forward at all times.”

The 5th SFAB’s 816 soldiers are assigned to maneuver and combat support battalions in teams of four to 12 soldiers, similar to the model of Special Forces teams. But unlike Special Forces, whose soldiers work with their special operations counterparts in other countries, the SFABs advise and work with conventional forces.

While the mission to India coincided with the Yudh Abhyas exercise, the SFAB soldiers will be deployed in formations and maintain a forward presence that doesn’t always revolve around major exercises, Taylor explained.

The sixth SFAB, known as the 54th SFAB, is a National Guard brigade with battalions in Florida, Georgia, Illinois, Indiana, Ohio and Texas, and it will reinforce the active-duty brigades.