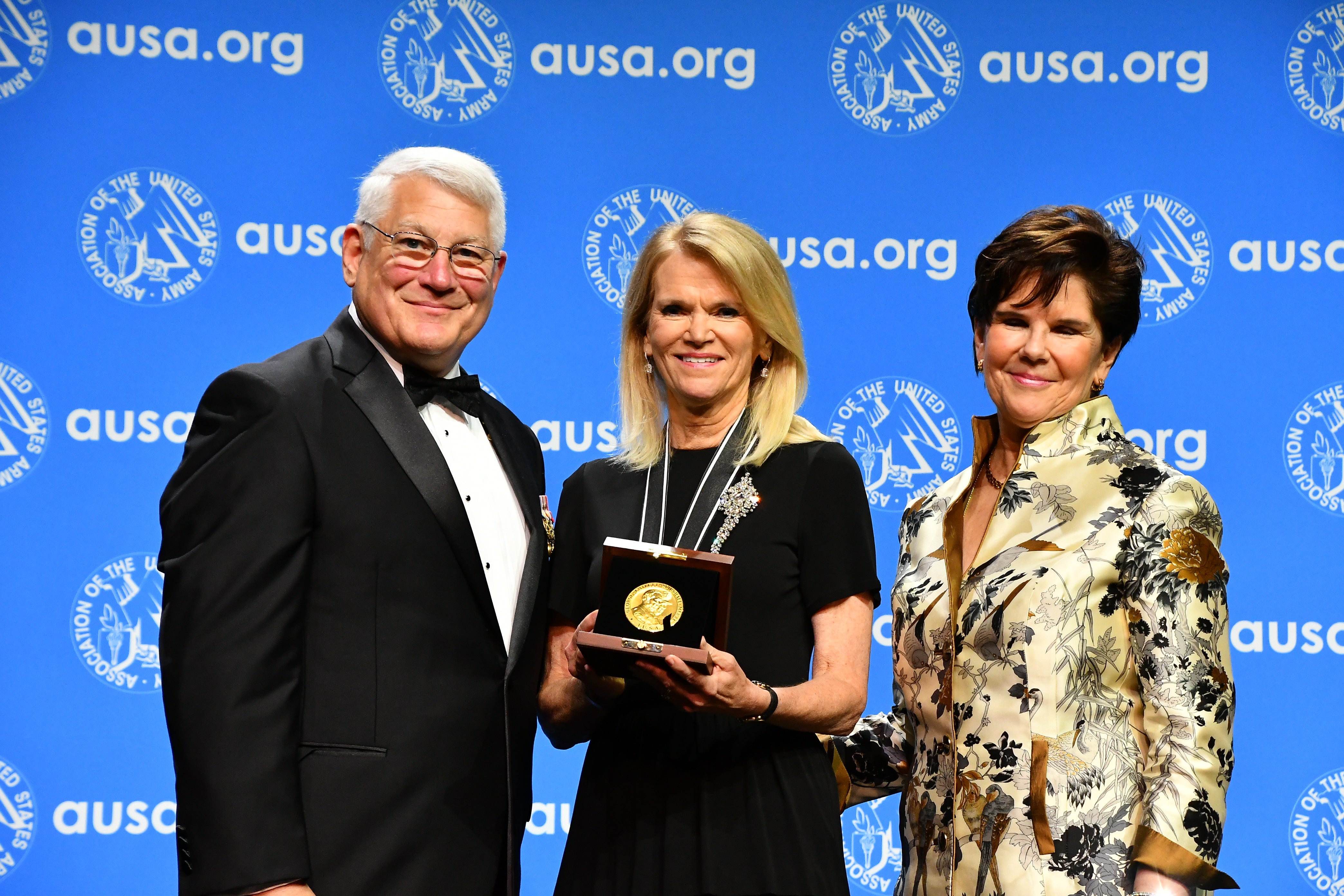 The 2018 Annual Meeting and Exposition of the Association of the U.S. Army, an event that drew more than 31,000 people, concluded Oct. 10 with the awarding of the association’s highest honor to ABC News global affairs correspondent Martha Raddatz for telling the American people about the strength, will and sacrifice of U.S. soldiers and their families.

“I know of no one who has done more to connect the American soldier to the American public,” said retired Gen. Carter F. Ham, AUSA president and CEO, who said Raddatz is a unique journalist and author “who unselfishly dedicates her time, talent and energy to telling the story of veterans, of soldiers and their families.”

The largest annual display of land power in North America and a professional development forum drawing Army leaders and soldiers from around the world, Secretary of the Army Mark T. Esper declared AUSA 2018 to be “very successful” in a brief discussion with news reporters.

Raddatz, who received the George Catlett Marshall Medal for sustained commitment to the men and women of the American armed forces, is the author of The Long Road Home: A Story of War and Family, which recounts a brutal 48-hour firefight in Sadr City, Iraq, in 2004, and its impact on soldiers and their families. The book was made into a National Geographic miniseries.

“This is not my own award,” she said. “It is yours because if not for the Army, the privates, sergeants, colonels, generals and Army families who allowed me into their homes, their Humvees, their heads and their hearts, the stories I reported on in war zones and on the homefront would not have been told.”

Raddatz said she’s always felt her job was bigger than just covering the military. “In a country where fewer than 1 percent serve, it is vital for Americans to understand not only what we are fighting for but who is in the fight and who is back home in military communities that are suffering unimaginable loss or still supporting their loved ones day after day, deployment after deployment.”

Deputy Secretary of Defense Patrick M. Shanahan, a former defense and aerospace executive, mentioned during an Oct. 10 speech that AUSA events had been helpful to his own professional development. “I developed relationships early on that I draw upon today,” he said, thanking industry representatives for taking part in the meeting. 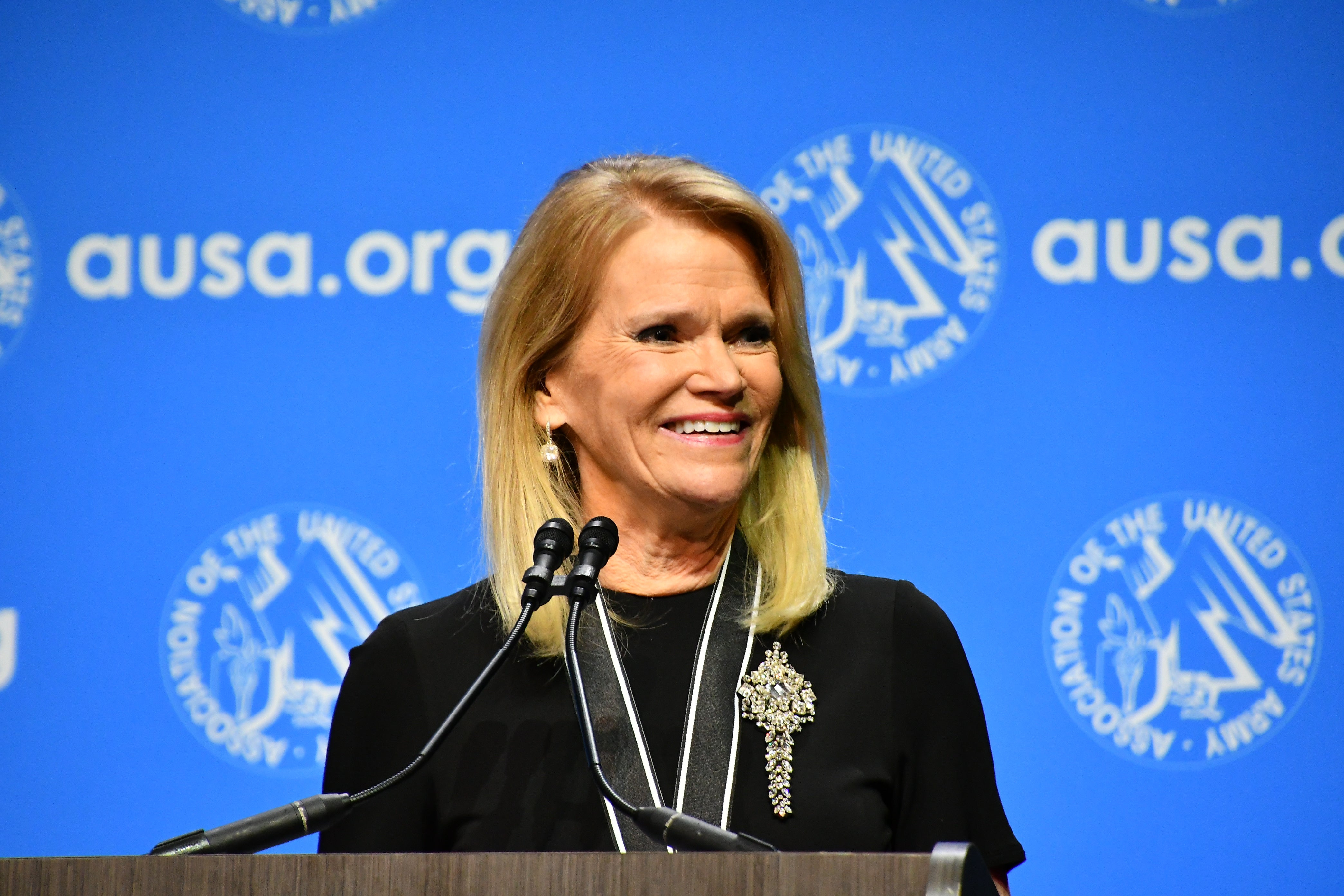