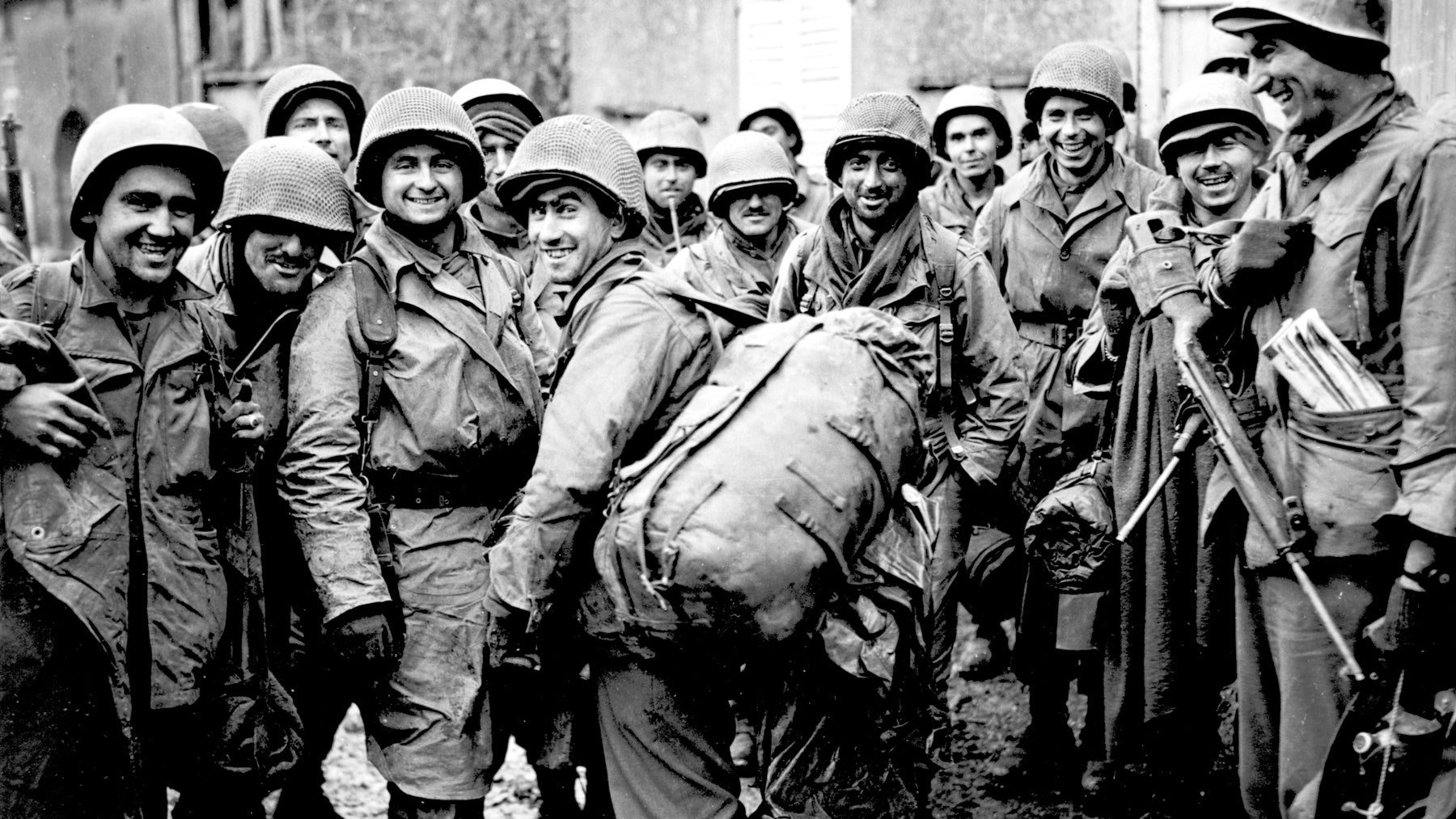 Photo by: North Carolina Office of Archives and History

The brutal weeklong battle in August 1944 was critical to the Allied victory in Europe, and after the war, eight units within the division were recognized with the Presidential Unit Citation, President Donald Trump said in a statement.

“Today, I am proud to direct the Army to honor the remainder of the division and attached units with the Presidential Unit Citation for their heroic stand at Mortain,” Trump said. “This action rightfully recognizes our veterans who triumphed against incredible odds, as well as those who died during a critical battle that helped ensure the Allied victory in Europe.”

The Presidential Unit Citation is awarded to units for extraordinary heroism in action against an armed enemy, according to Army regulations. It is the unit equivalent of a Distinguished Service Cross, which is second only to the Medal of Honor, for an individual recipient.

The 30th Infantry Division was nicknamed the “Old Hickory Division” because its soldiers came from National Guard units from North and South Carolina, Tennessee and Georgia, states closely associated with President Andrew Jackson.

On Aug. 6, 1944, the soldiers from the 30th Infantry Division slept in their foxholes after hastily taking defensive positions around Mortain and awoke to find themselves under attack by a Panzer Corps, according to a statement from the White House.

The Germans were trying to keep American forces from breaking out of the Normandy beachhead and into the open countryside. To do that, German forces had to cut through the 30th Infantry Division to get to the sea.

“However, the actions of the 30th Infantry Division would prove to be decisive in blunting this attack,” according to the White House.

The Americans, despite facing overwhelming enemy armor, did not stop fighting. Cooks, clerks and drivers were pressed into service as riflemen. The division’s artillery protected its elements with a constant barrage of fire, and at daybreak, American and British close-air support arrived to help.

By the afternoon of Aug. 7, the German attack stalled, and the division counterattacked to relieve its trapped elements through another five days of fierce fighting, according to the White House.
“More than 2,000 Old Hickory soldiers were killed or wounded during the weeklong battle, but their efforts and sacrifice would have a profound impact on the course of history,” Trump said.