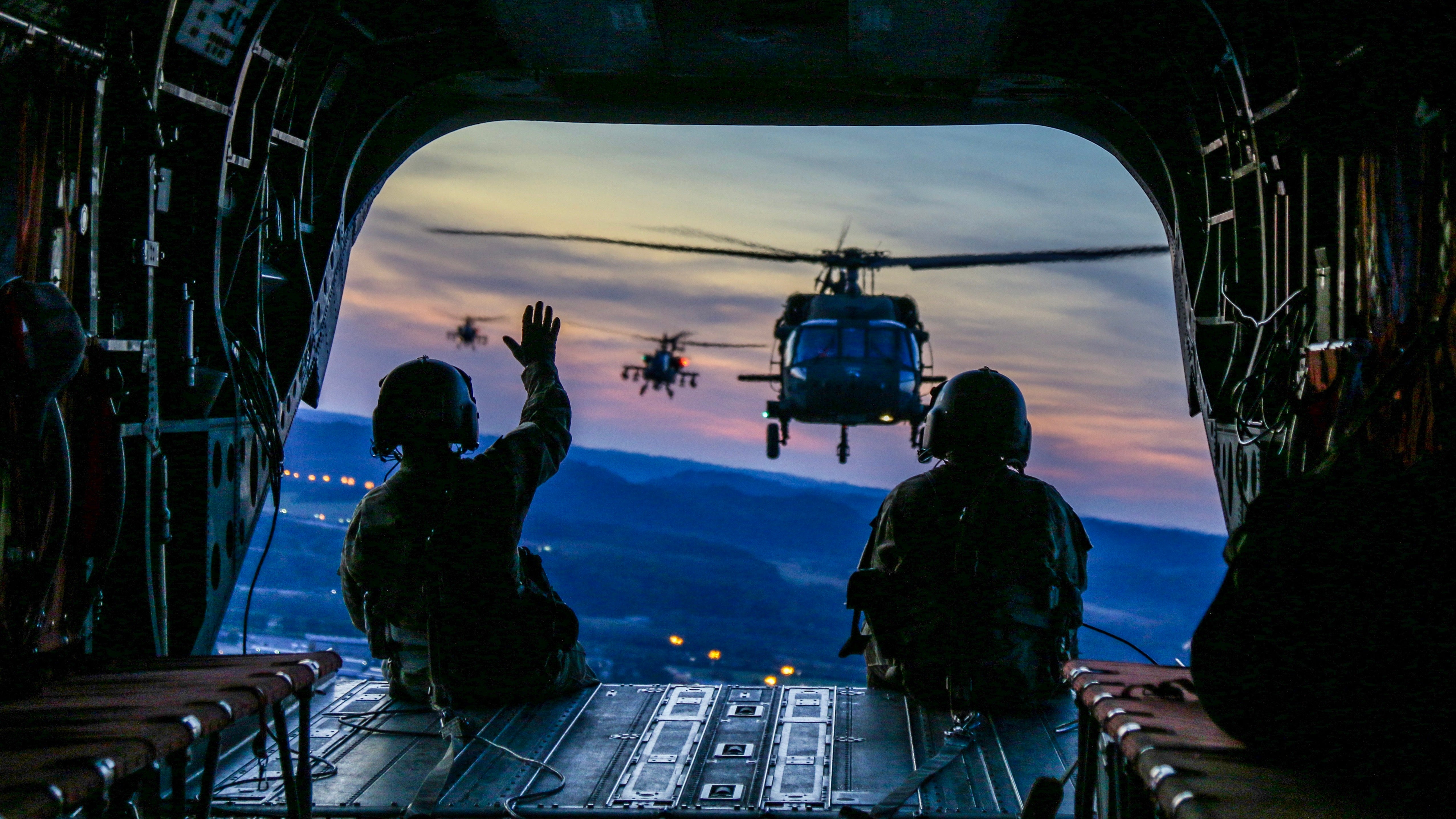 Soldiers from the 101st Airborne Division (Air Assault)’s 1st Brigade Combat Team had their agility tested during a recent deployment to Iraq and Syria, but the lessons learned proved invaluable, the soldiers said.

The brigade was deployed from January through September, during which U.S.-backed forces seized the last piece of territory from the Islamic State group, also known as ISIS. The brigade, from Fort Campbell, Kentucky, served as the backbone for Task Force Iraq, a joint and coalition organization whose mission was to advise, assist and enable partnered Iraqi Security Forces to defeat ISIS, according to information from the Army.

Soldiers from the brigade were spread across the region, making it challenging to deliver food, water and fuel, but the brigade came up with solutions, said Col. Derek Thomson, the brigade commander, during an Oct. 30 news conference.

First Lt. Robert MacKinnon, the brigade’s operations officer who served as logistics officer during the deployment, said the deployment gave him valuable experience that can’t be replicated at his home station.

“It was a great learning opportunity for me,” he said.

After spending nine months with them, the Army is “on a good trajectory” with the Iraqi Security Forces in the fight against ISIS, Thomson said.

“I’m very proud of the work our team did to enable the Iraqi army to maintain constant pressure on ISIS,” he said. “The [Combined Joint Task Force-Operation Inherent Resolve] continues to do great work to achieve our strategic objectives.”

Much of the brigade’s mission in Iraq and Syria was to provide intelligence and targeting activities and operational-level training while advising and enabling the Iraqi troops.

“The Iraqi Security Forces, like any army in that rebuilding phase, continues to improve—they do,” Thomson said. “They’ve got a tough task in front of them.”

Thomson said training focused on increasing the Iraqi army’s operational reach with their helicopters, as well as identifying the skills they need, including medical training, marksmanship and information gathering.

“The key through all of this has been to maintain pressure on ISIS,” Thomson said.