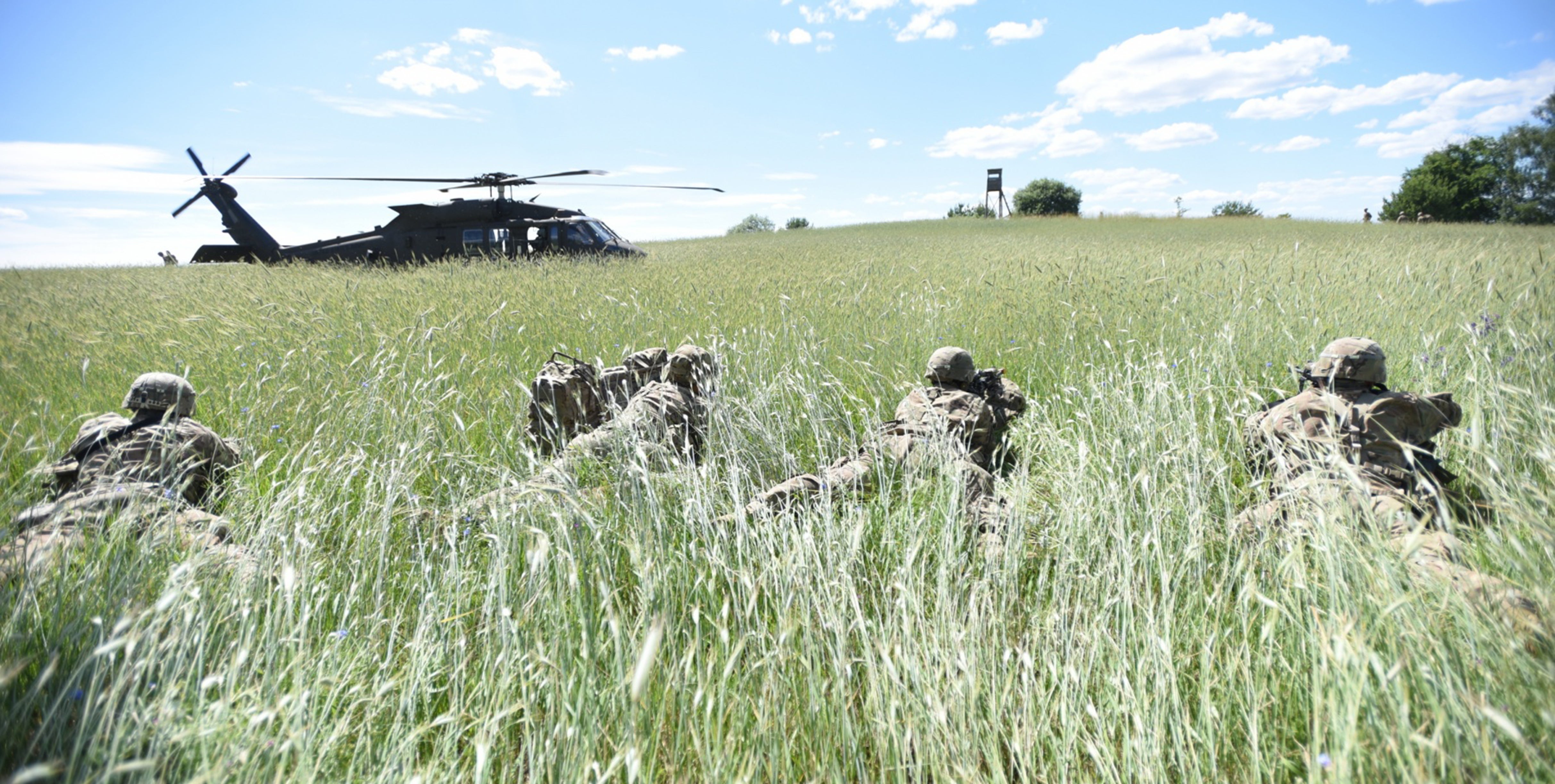 More than 400 “Sky Soldiers” from the Army’s 503rd Infantry Regiment, 173rd Airborne Brigade launched a battalion-sized air assault at a Polish training area that proved to be a signature moment of Anakonda 16, the massive two-week field exercise that took place in mid-June.

The soldiers were delivered to their objective by more than 35 helicopters from two Polish aviation brigades and the U.S. Army’s Germany-based 12th Combat Aviation Brigade.

The 173rd Airborne Brigade, forward-based in Italy and Germany, is the Army's rapid-response force for contingencies in the U.S. European, Africa and Central Command areas of responsibilities.

Anakonda 16, designed as a display of deterrence and European resolve to Russia, involved 31,000 troops from 24 nations, along with 100 aircraft, 12 ships and 3,000 vehicles. U.S. Army Europe officials called it one of their command’s “premier multinational training events,” involving live fire, command post, field training, cyber and electronic warfare exercises. They described the exercise as a “demonstration of unity, resolve and ability to mass forces with speed.”

Army Chief of Staff Gen. Mark A. Milley said the service’s participation in Anakonda 16 was designed to demonstrate that the U.S. Army stands “shoulder to shoulder” with Poland and NATO “to ensure that all countries of NATO remain free and independent.”