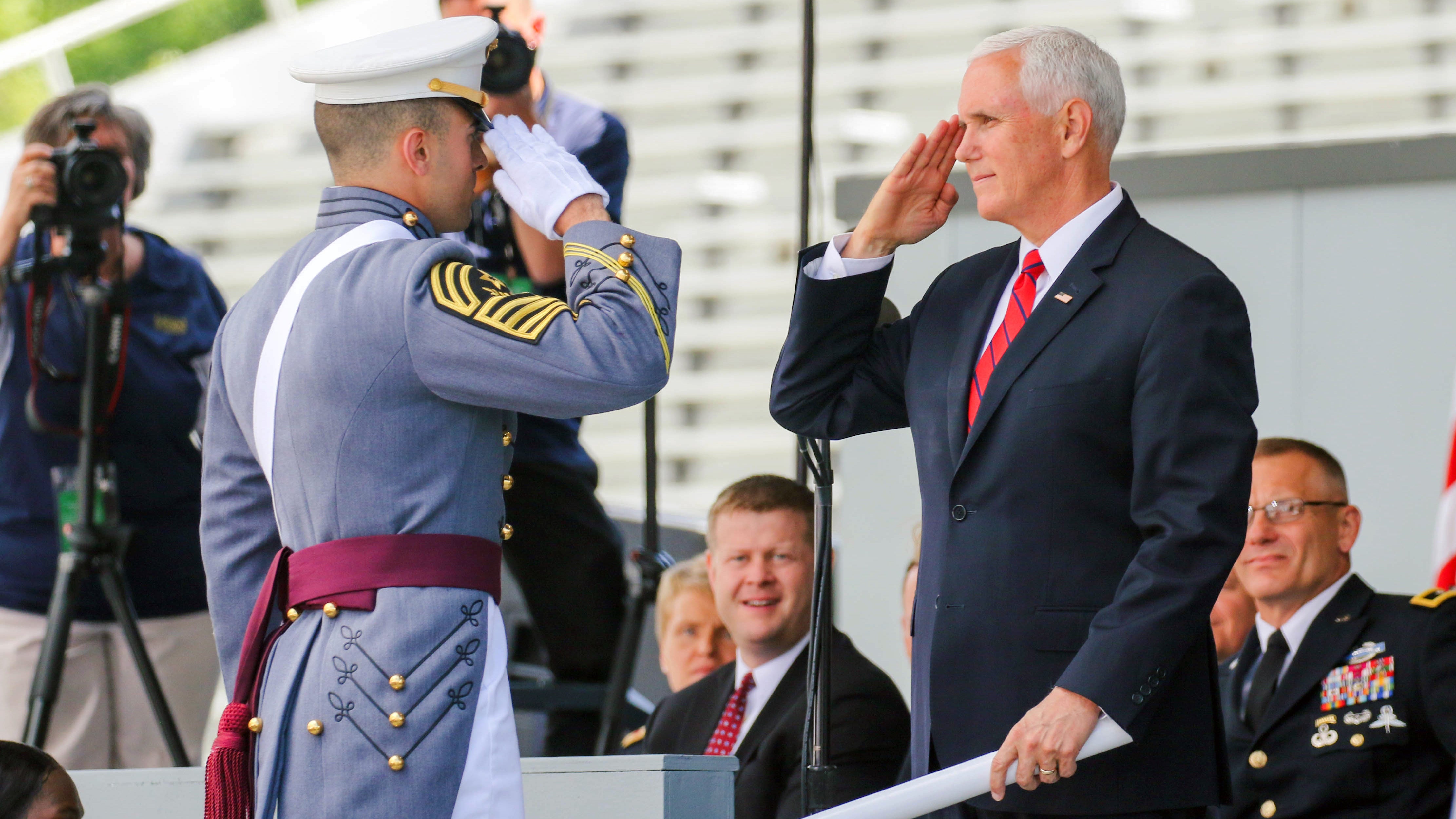 Vice President Mike Pence told more than 980 graduating U.S. Military Academy cadets to put the skills and lessons learned at West Point into practice as they prepare for service and the future battlefield.

“It is a virtual certainty that you will fight on the battlefield for America at some point in your life,” Pence said during his May 25 commencement speech. “You will lead soldiers in combat. It will happen.”

Pence told the Army’s newest class of second lieutenants that their responsibilities are coming at a time of growing challenges for freedom around the world. The U.S. has made efforts to rebuild its military in the past two years as it once again embraces its role as a leader of the free world and stands up to enemies, he said.

“So, wherever you’re called, I urge you to take what you learned here and put it into practice,” Pence said. “Put your armor on, so that when—not if—that day comes, you’ll be able to stand your ground.”

“And when that day comes, I know you will move to the sound of the guns and do your duty, and you will fight, and you will win,” Pence said.