‘No Bystanders’ in Fight Against Sexual Assault

‘No Bystanders’ in Fight Against Sexual Assault 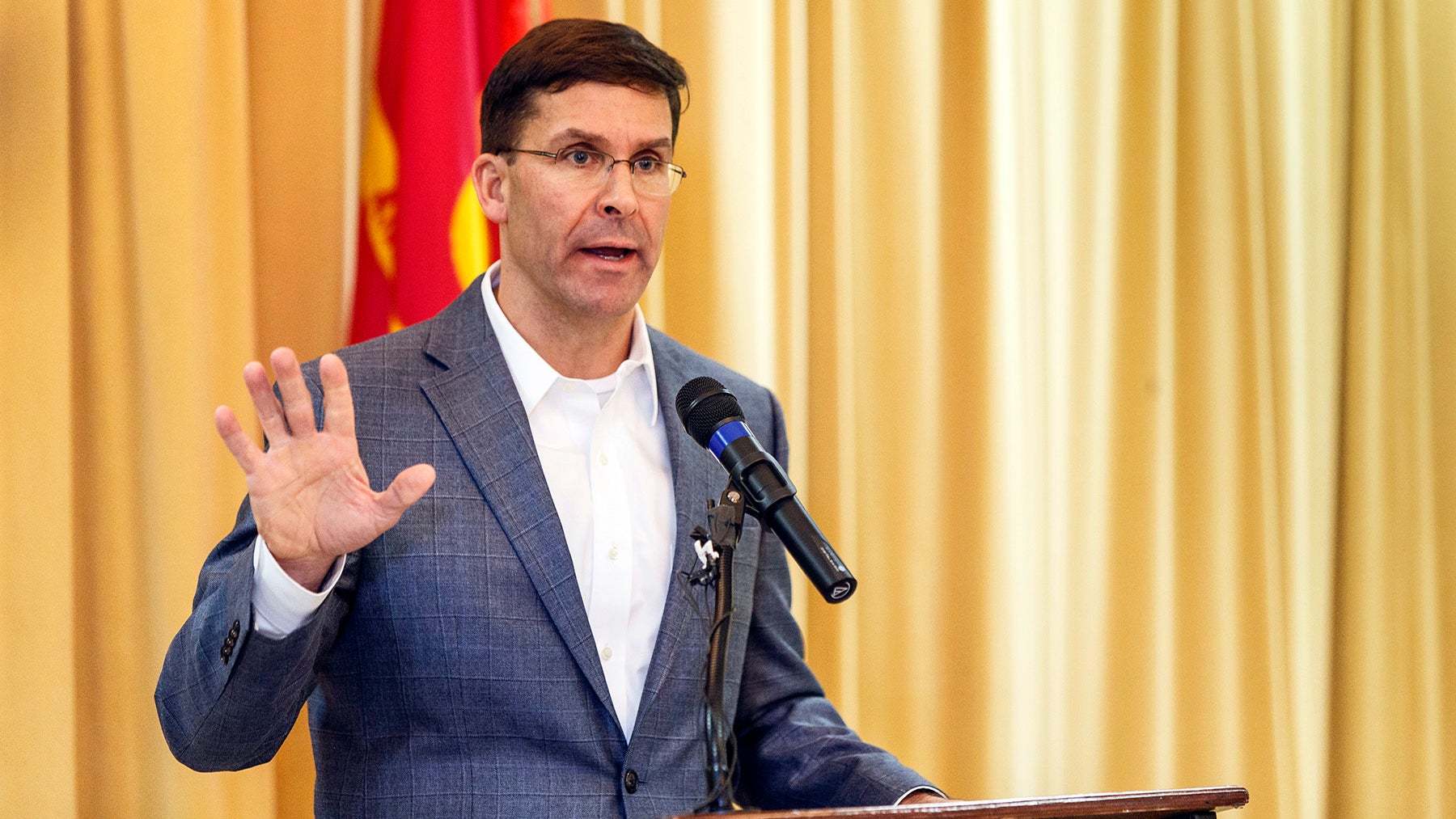 The Army continues to focus on eradicating sexual harassment and assault from its ranks, and the service’s top leaders are calling on all soldiers to join the effort.

“We all have a responsibility to look out for one another—there can be no bystanders,” Army Secretary Mark T. Esper and Chief of Staff Gen. Mark A. Milley wrote in a new message to the force.

Getting rid of sexual harassment and assault is “a readiness issue that affects our ability to accomplish our mission,” they wrote. “Over the past several years, we have placed a high priority on our prevention efforts, and although we are on the right trajectory, we still have significant room to improve.”

Sexual assault reporting is increasing in all three Army components, Esper and Milley wrote, adding that leaders and soldiers “have an ethical obligation to intervene to stop sexual harassment and sexual assault from happening. Those who do not, violate the nation's trust and the trust of their peers.”

“We shall remain relentless in the Army and focused on getting after this problem and the protection of our victims, our communities, and the rights of the accused in these crimes,” Pede told the Senate Armed Services Committee’s personnel subcommittee during a hearing on the military’s prevention of and response to sexual assault.

Pede acknowledged there is “no easy solution,” but “the Army owns this problem. Discipline is the soul of the Army. It’s foundational. It’s our DNA.”

In their message to the force, Esper and Milley also called on soldiers to continue focusing on suicide prevention. Suicides fell by 1.3 percent across the total Army in 2018, but active Army suicides increased by 18 percent, they wrote.

“Our most vulnerable population consists of our junior soldiers,” they wrote. “Our NCOs are the first line of defense—we expect you to know your soldiers, visit them in the barracks, and provide them the care and assistance they need and deserve.” 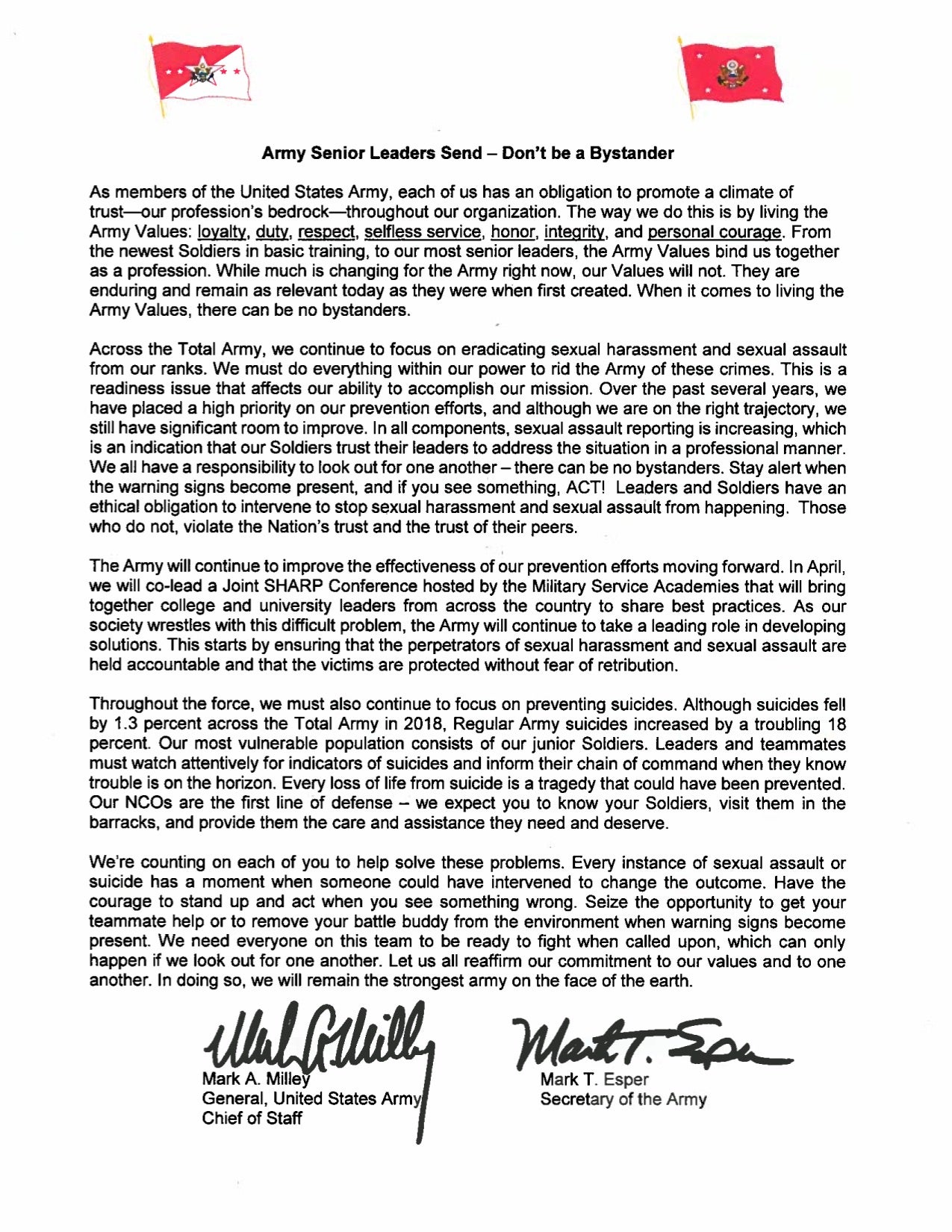