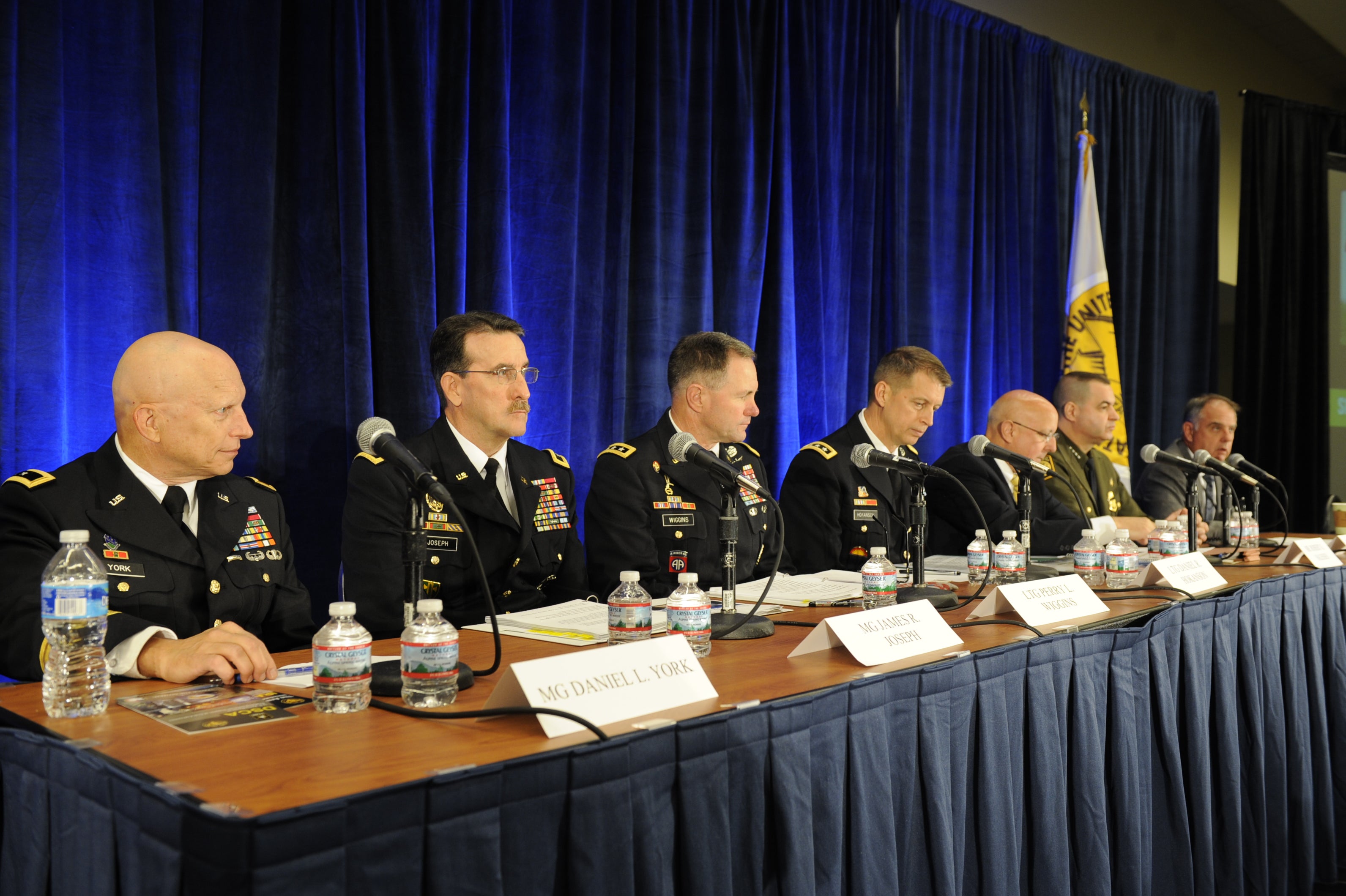 The U.S. military’s ability to respond swiftly and appropriately to homeland disasters and emergencies has increased dramatically in the past decade, a panel of Army and civilian officials asserted Tuesday during the Association of the U.S. Army’s Annual Meeting and Exposition.Although its main job is to fight the nation’s wars, the military also plays a key role in homeland defense. Much of the responsibility in that realm is to support civil authorities during disasters. The military provides assets ranging from engineers to transportation to expertise in responding to nuclear, chemical and biological threats.While all of the services contribute to the effort, “The Army does most of the heavy lifting on homeland defense,” said Robert Salesses, deputy assistant secretary of defense for homeland defense integration and defense support of civil authorities.Retired Coast Guard Rear Adm. Joseph Nimmich, deputy administrator of the Federal Emergency Management Agency, said Hurricane Katrina exposed a vast lack of preparedness among federal first-responders.Since then, the DoD has assigned coordinators to FEMA; installed FEMA planners at the U.S. Northern Command to plan military responses to hurricanes, earthquakes and other worst-case disasters; and instructed installation commanders to work with local communities to develop emergency response plans, Nimmich said.The military has also begun conducting exercises to improve its ability to respond to major disasters and has created teams to respond to chemical, biological and nuclear attacks in the U.S.During the 2014 Ebola epidemic, when health officials feared the deadly disease might spread to the U.S., military teams were prepared to augment hospital staffs. During preparations, they discovered that their protective gear was inadequate against Ebola, said Lt. Gen. Perry Wiggins, commander of the U.S. Army North (Fifth Army). That set off a crash program to buy new gear and train to use it.