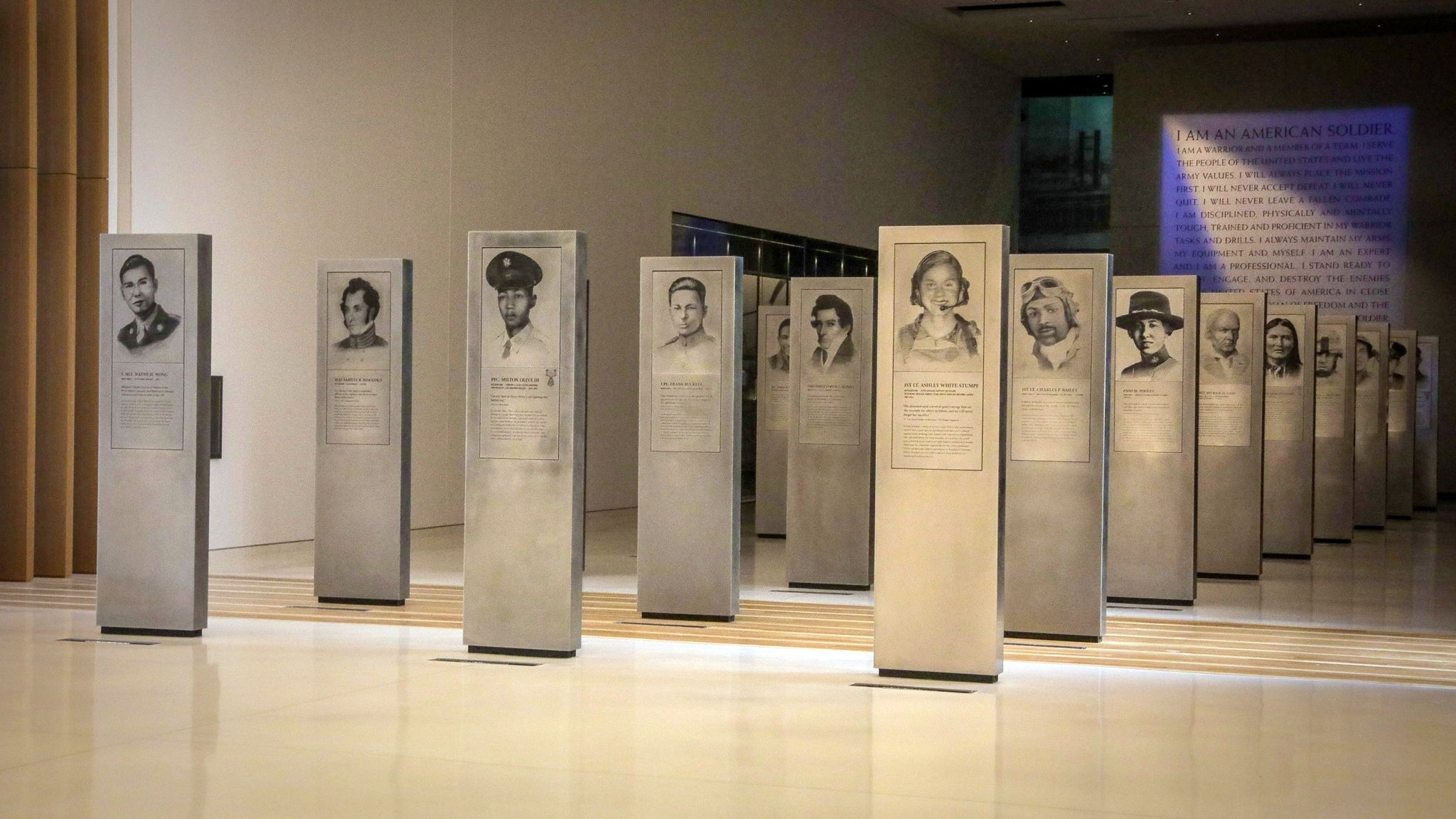 After years of hard work and a pandemic-induced delay, the National Museum of the United States Army is now open to the public.

“There have been thousands of hands who have worked tirelessly over the course of years to bring this dream into reality,” McCarthy said. Because of their “dogged determination, this American treasure now lives,” he said.

The museum’s opening is a homecoming of sorts, McCarthy said. “Under one roof, we have the Army story, safeguarded and preserved for our children’s children and generations to follow,” he said. “In doing so, we have our nation’s story captured as well, as they are inextricably linked.”

The Veterans Day opening of the museum at Fort Belvoir, Virginia, came after a five-month delay because of the COVID-19 pandemic. The opening ceremony was livestreamed and closed to the public because of health and safety concerns.

The museum, which has been in the works for years, is the first and only museum to showcase the entire history of the U.S. Army since its establishment in 1775.

It also brings to life the “inspirational stories of service and sacrifice” of American soldiers, McConville said. “Every soldier has a story, and the Army museum is the home of those stories.”

“I am very proud of the essential role that AUSA has played in building the Army museum,” said retired Gen. Carter Ham, AUSA president and CEO. “We should take great pride in the fact that AUSA is, by far, the single-largest donor to the museum, and the fact that so many of our chapters and individual members have also contributed to this worthwhile endeavor.”

Tickets are now available for those who would like to visit the museum. Free, timed-entry tickets are required as museum staff work to manage capacity and implement enhanced health and safety measures while providing an optimal experience to visitors. The museum is open every day except Christmas Day.

Tickets are available on the museum website here, and they must be reserved online ahead of time. Walk-up tickets will not be available.