The GENERAL CREIGHTON W. ABRAMS MEDAL is awarded annually to the individual, not necessarily a member of AUSA, or organization contributing most to the advancement of the United States Army during the period ending each 30 June.  Award will not be made to a nominee whose only contribution was incident to his/her assigned duties as a uniformed member or as a civilian employee of the Army.  Award may be made to a uniformed nominee whose contribution to the U.S. Army is significant and above and beyond the outstanding performance normally associated with his/her assigned duties.  Originally known as the President's Medal for Service to the U.S. Army, it was renamed in honor of General Abrams in 1975.

In life, never take time with loved ones for granted. 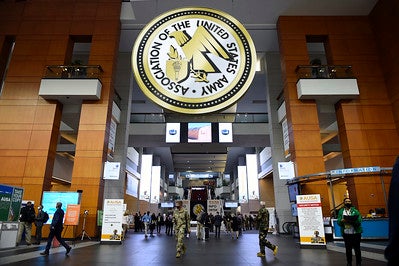 Our Flickr page features photo galleries of the current meeting and AUSA's meetings throughout the year.

Chapters and individuals may download photos for personal use at no cost.