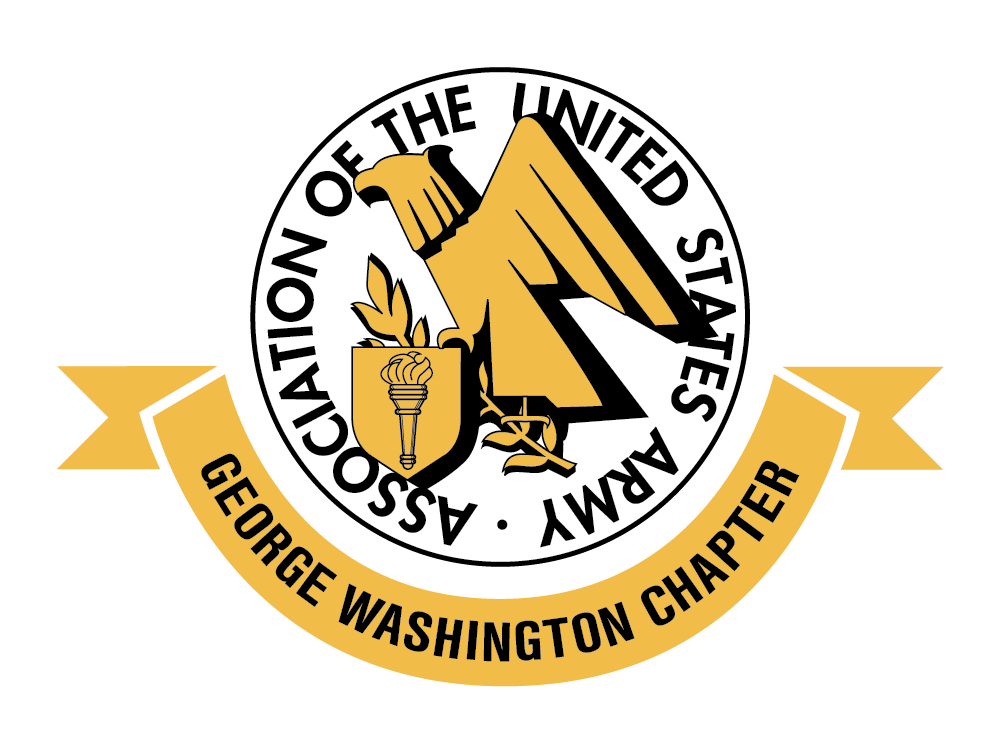 BYLAWS OF THE George Washington CHAPTER

ASSOCIATION OF THE UNITED STATES ARMY

The Chapter will neither propagate extremist activities nor advocate violence against others or the violent overthrow of the Government.

The George Washington Chapter, as a private organization, may conduct activities on Ft Myer and Fort McNair with the consent of the installation commander under the provision of AR 210-22

Members of the subchapters will remain affiliated with the George Washington chapter but may conduct activities under their own identity.

SECTION 1.  ELIGIBILITY AND CLASSES.  Membership in the George Washington Chapter of the Association of the United States Army shall be open to those persons residing in, or with place of business in, the regional area designated in Article III above or those who reside outside this area but expressly requested to be affiliated with this chapter, and to those who subscribe to Article II of these Bylaws.  Types of membership shall include Individual, Life, and Community Partner.  Others may become members by specific request to National Headquarters.  The chapter may institute Honorary memberships, which will not be carried as such on National rolls.  National Partner member companies may not be members of the chapter but National Partner individual members will be members of the chapter as individual members.  Community Partner members will be affiliated with the chapter and Community Partner individual members will be enrolled as chapter individual members.  The Chapter activities will not seek to deprive individuals of their civil rights.

SECTION 2.  TERMS OF MEMBERSHIP.  Membership in the George Washington Chapter of the Association of the United States Army shall remain in force so long as the member maintains current status by payment of dues to National; conduct does not bring discredit on the Chapter, AUSA or the U.S. Army; and meets additional requirements of the George Washington Chapter as approved by National.

SECTION 1. COMPOSITION AND ELIGIBILITY.  The officers of the George Washington  Chapter of the Association of the United States Army shall consist of:  A president, executive vice president, vice president for Noncommissioned Officers/Enlisted Affairs, a secretary and a treasurer.  The President and First Vice President will be elected by the membership.  Other positions are appointive.  Additional vice presidents may be appointed by the President with the approval of the Executive Committee).  Active Component and National Guard and Army Reserve personnel on extended active duty may hold elected office at the chapter level with the advice and consent of their Ethics Counselor before consenting to serve.

SECTION 2.  BOARD OF DIRECTORS:  Not used

SECTION  3.  EXECUTIVE COMMITTEE.  The executive committee shall consist of:  the President, Vice Presidents, Secretary, Treasurer, Immediate Past President, and designated members of the chapter constituency.

SECTION 4.  STATUS AND POWERS.  The Executive Committee shall be the governing body of the Chapter.  They govern in accordance with the Bylaws of the Association of the United States Army and the Bylaws of the George Washington Chapter.  The Executive Committee shall have the power to act in situations requiring decisions and will meet monthly at the call of the president.

SECTION 5.  TERM OF OFFICE.  Officers elected shall serve a minimum of two years or until their successors are elected.

SECTION 6.  VACANCIES.  A vacancy in any office occurring as a result of death, resignation, or otherwise, may be filled by the President or in the President’s absence  by the Executive Committee for the unexpired portion of such term.

In accordance with the George Washington Chapter succession plan, the Executive Vice President will become the President at the end of the term. A nomination committee will be established and nominations will be solicited from the membership concerning election of an incoming Executive Vice President. The membership shall be presented with candidates for the offices during April to the Nominating Committee and voted for the slate during the months of May and June, and the new officers will assume their duties on 1 July.

Election of the Executive Vice President will be carried out using electronic voting system using either the existing system hosted by AUSA National or via email to members.

PRESIDENT: As the principal executive officer, the President shall be a prominent and influential citizen who is interested in the chapter, its mission, aims and objectives, and who will devote the necessary time and provide the required leadership to run the chapter, and who has served at least one term (2 years) on the Executive Committee and in the chapter.  The President is responsible for:

1.     Presiding at the General Membership Meetings and meetings of the Executive Committee

2.     Appointing, with the concurrence of the Executive Committee, any non-elected officers and committee chairpersons

5.     Serving as the final approving authority of all financial expenditures except as he/she may choose to delegate this authority consistent with these bylaws.

2.     Meeting the membership goals of the chapter

3.     Performing other duties as assigned by the President

SECRETARY: The Secretary serves as primary administrative officer for the chapter, keeps minutes of all chapter meetings, reports chapter activities to National, maintains membership rosters, assists with the submittal of Chapter Activities Reports and provides general administrative support to the Executive Committee as required.

When considered necessary because of the volume of the workload, the President may appoint an Assistant Treasurer

Committees will be established, as needed,  at the direction of the President in coordination with the Executive Committee. As such, each Committee Chairperson is expected to form a committee to assist in their functional area as needed. The Committee Chairs shall serve as the chairperson of their respective committees. They shall oversee the operation of their committees, and shall provide guidance and advice to the committee members and to the President.  As necessary, each committee shall establish subcommittees and ad hoc committees.  Additionally, each Committee Chair is responsible for understanding the National AUSA requirements for achieving “Best Chapter” and “Merit Chapter” recognition from the National AUSA headquarters and ensuring that the chapter meets those requirements in their areas of oversight.  The Committee Chairperson shall perform such other chapter duties as the President may direct.

The chapter derives its legal existence from the charter for the Association of the U.S. Army, incorporated in the District of Columbia on 5 July 1950, and operating as an educational organization exempt from Federal income taxation under the terms of Section 501 (c) (3) of the Internal Revenue Code.

Financial administration will be conducted in accordance with written procedures approved by the Board of Directors to ensure compliance with AUSA National guidance and AR 220-10.

Public and Association Professional liability insurance coverage for the Chapter and its officers is provided by AUSA National for permitted activities of the chapters.  The Chapter will not incur debts beyond its financial capacity to make payments when due.  The Chapter will ensure that all required Federal, State and jurisdictional laws are met. Chapter members will not be held liable for debts of, or claims against, the Chapter.

The Chapter will reimburse the US Army for utility expenses, unless use is incidental.

Should an Installation require proof of insurance, policy limits, or specifics on permitted activities, the Chapter will contact the office of the AUSA Treasurer and Controller AUSA National Headquarters.

SECTION 1.  General Membership Meeting:  Regular meetings will be held on dates to be fixed by the President.  At least three general membership meetings shall be held each operating year. A quorum shall consist of 40 members present from the active membership.

SECTION 2.  Board of Directors Meetings.  Not Used.

SECTION 4. QUORUM.­­­ Forty active members present shall constitute a quorum for the conduct of business at a chapter General Membership Meeting.

SECTION 5.  Authority to Operate on DOD Installation.  The installation commander may revoke the permission for the Chapter to operate within the installation’s boundaries at any time.

The rules contained in the current edition of Robert’s Rules of Order Newly Revised  shall govern the Chapter in all cases to which they are applicable and in which they are not inconsistent with these bylaws, the policies and bylaws of the Association of the United States Army, the policies of the Department of Defense, law, and any special rules of order the chapter may adopt.

These Bylaws may be amended at any General Membership meeting at which a quorum is present and voting, provided advance notice of fifteen days or more of such proposed amendment has been given, that such change is approved by or majority vote, and is subsequently approved by the National Association.

In the event that this chapter shall cease to exist for any reason, all assets remaining after all obligations have been satisfied will be transferred to National Headquarters.

These Bylaws adopted by the chapter membership on 2 July 2020.