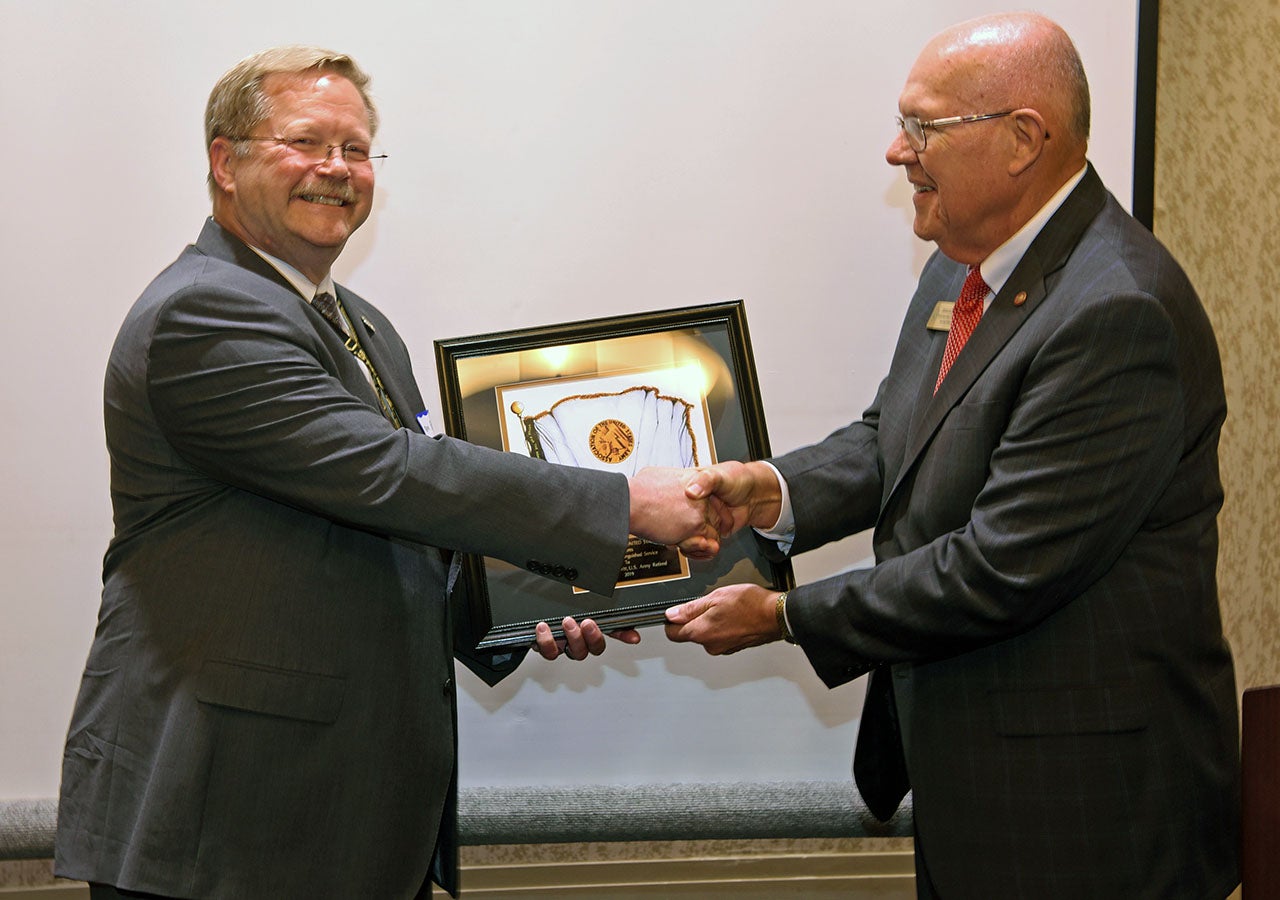 It was a full house at the Hilton Springfield for the Fairfax-Lee Chapter, Association of the United States Army, as they inducted new leaders at their monthly Last Wednesday Social.  COL (R) Gordon Sumner was the master of ceremonies and welcomed CSM (R) Doug Gibbens, President, 2nd Region, AUSA who traveled from Indiana to officiate the induction ceremony. Having faithfully and well served his two-year term, LTC (R) Ken Britt relinquished the presidency of the chapter to LTC (R) Nancy Jean-Louis.  LTC Britt has been with the Fairfax-Lee Chapter for the past 11 years, and served as chapter president since 2017. During his term of office the chapter grew from 3,000 to 5,000 members and from 30 Community Partners to over 50.  LTC Britt was recognized for his leadership, dedication, and compassion for Soldiers with AUSA's Distinguished Service Award.  LTC Britt "reluctantly" handed the reins of the chapter to LTC Jean-Louis who has been a member of the Chapter's Board of Directors for the past 4 years. In his parting remarks Ken thanked chapter members for their support of Soldiers and the Chapter and that the chapter must remain vigilant to the needs of Soldiers, Army Civilians, and their families.  LTC Britt's comments left no doubt about his love of the Army and its Soldiers! 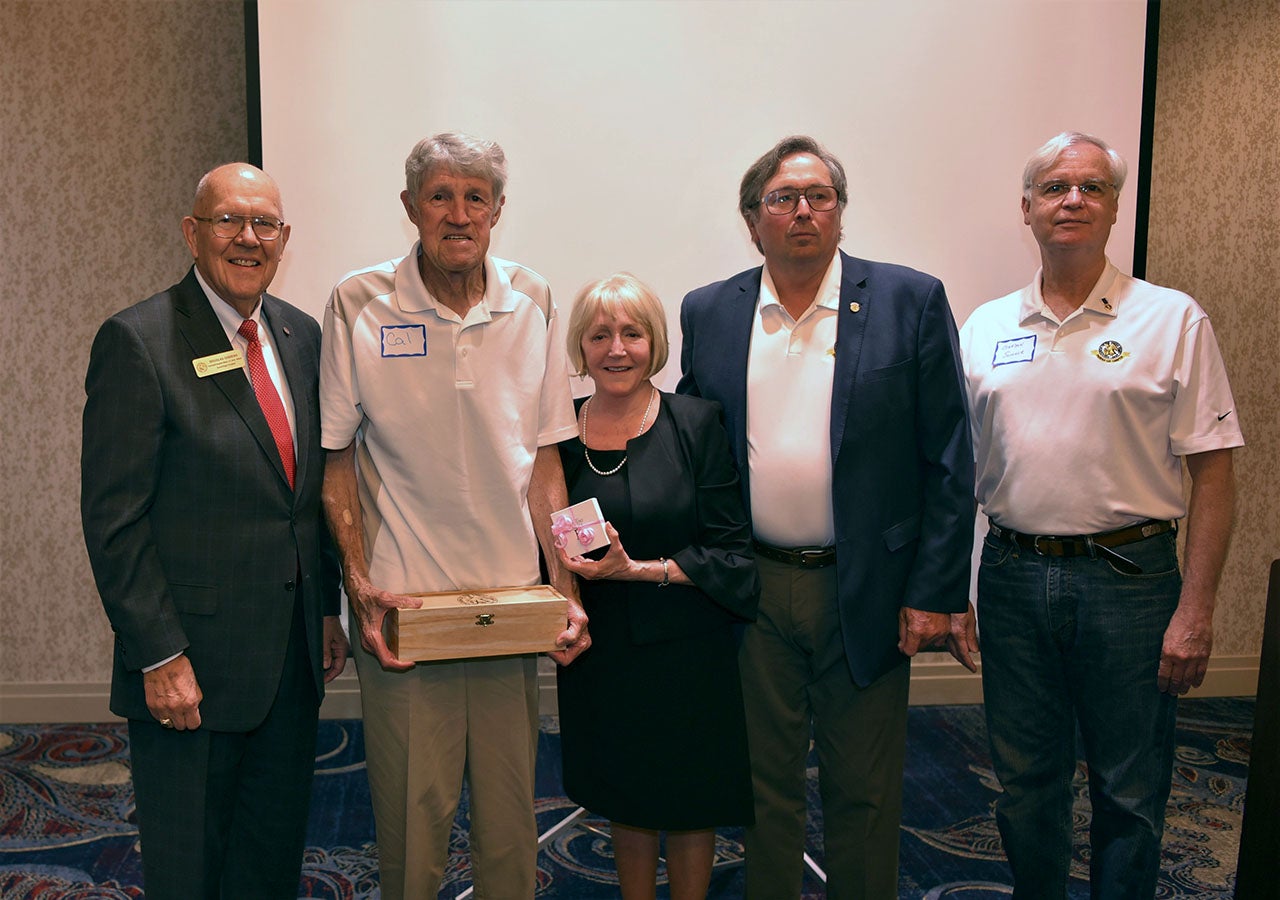 LTC Jean-Louis who most recently served as the Vice President for Individual Membership was elected president on 30 May 2019.  She retired from the Army in 2012 and is founder and CEO of Property Angels Investing LLC.  She is a Massachusetts Institute of Technology Fellow and holds a Master's Degree in international security form University of Southern California.  LTC Jean-Louis is also on the board of the National Coalition of 100 Black Women, Prince Willian County Inc., and the Prince William County Chamber of Commerce Veterans Council.  Nancy's special guests at the evening event included her husband COL (R) Julian Williams Jr., and her daughter Jessica.  Lieutenant General Thomas Seamands, the current Army G1, was also in attendance, showing his support for Nancy and her family.

The induction ceremony also recognized Mrs. Kathy Callahan, who was reelected to a second term as 1st Vice President.  Kathy has been a stalwart of the Chapter since 2004 and prior to being 1st VP served as the Chair of the scholarship committee for 5 years. 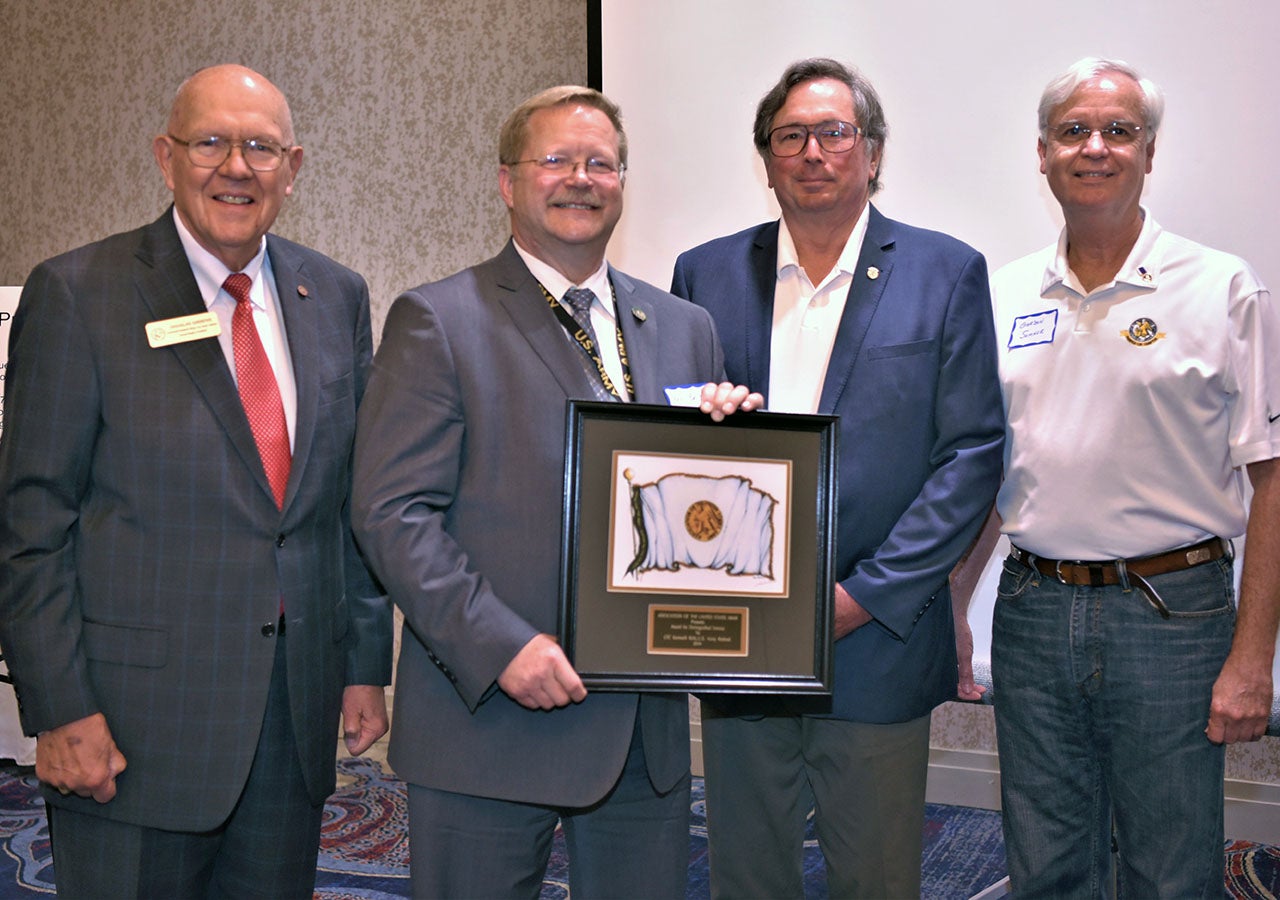 As always, the Last Wednesday socials always include the Chapter's Community Partners providing door prizes to be raffled (for free) to the lucky recipients.

Information about AUSA is available at AUSA.org.