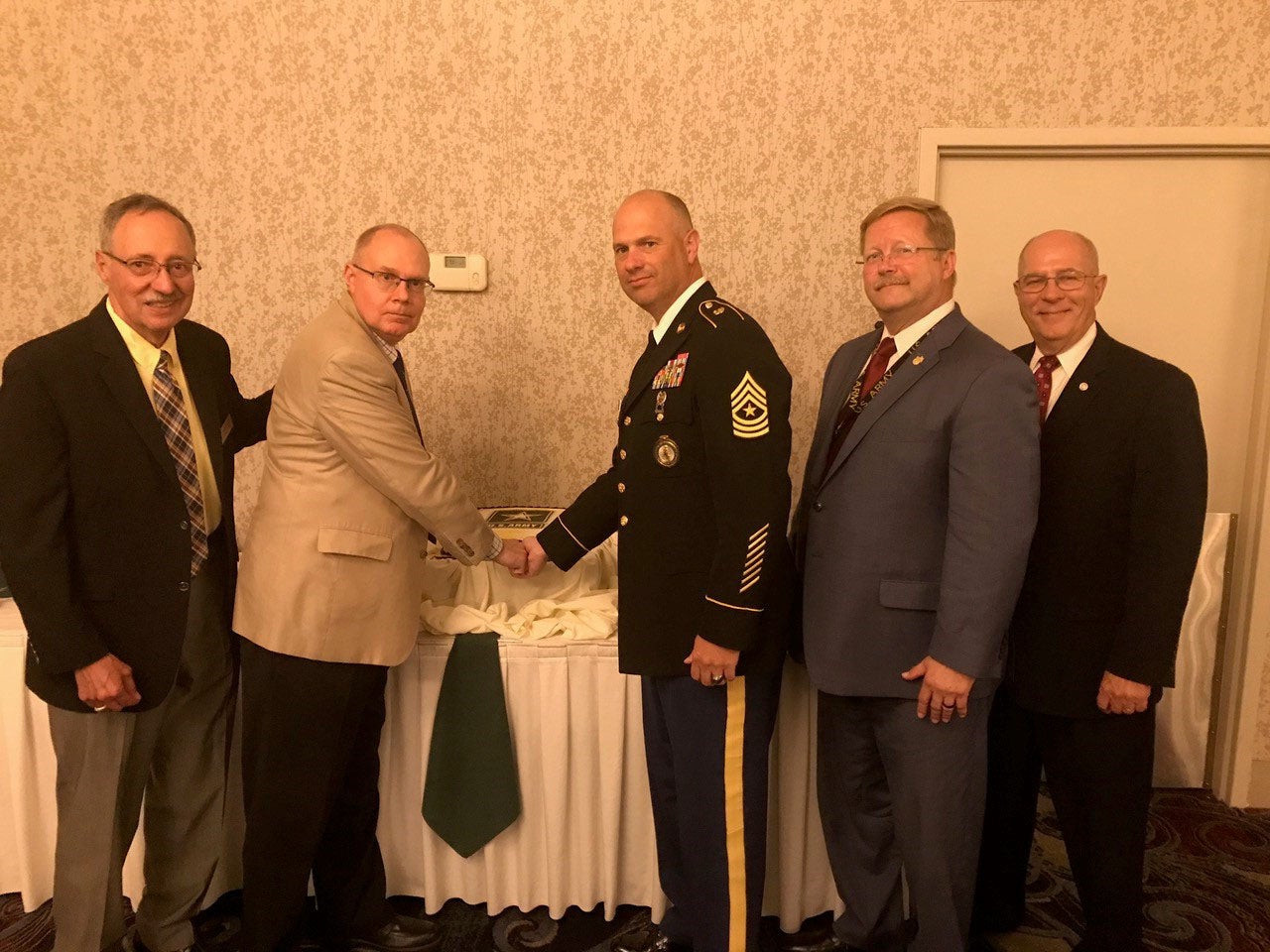 In conjunction with the 16 June Scholarship Awards Luncheon, the Fairfax-Lee Chapter conducted a general membership meeting and election of officers.  Elected to the office of President was LTC (R) Ken Britt and to the office of First Vice President, Mrs. Kathy Callahan.  Prior to the election LTC (R) Britt served on the Board of Directors as VP for Individual Membership.  Mrs. Callahan will continue to serve as the Chairperson for the Chapter’s Scholarship Committee.

The Chapter membership extends a huge thank you and congratulations to both Mr. John Hodges and Ms. Erika Laos, outgoing President and First Vice President, respectively.  Both served with great distinction and dedication, ensuring the Chapter remained vibrant, viable and relevant.  By their selfless service to AUSA and the Army they brought great credit to themselves, the chapter and the Soldiers, Civilians and family members they served.

John Hodge’s last act as President was to help celebrate the Army’s 242nd Birthday with the ceremonial cutting of an Army Birthday Cake.  The cake was served as part of the luncheon menu.