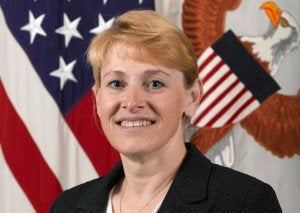 In addition, Mrs. McFarland holds principal responsibility for all Department of the Army matters related to logistics. Prior to joining Department of the Army, Mrs. McFarland served as the Assistant Secretary of Defense (Acquisition). In this role, she was the principal adviser to the Secretary of Defense and the Under Secretary of Defense for Acquisition, Technology & Logistics on matters related to acquisition. Previously, she served as the President of the Defense Acquisition University (DAU). Under her leadership, DAU provided practitioner training, career management, and services to enable the acquisition, technology, logistics, and requirements community to make smart business decisions and deliver timely and affordable capabilities to the Warfighter. Prior to joining DAU, Mrs. McFarland was the Director for Acquisition for the Missile Defense Agency (MDA)—a position she held since May 2006. As MDA’s principal acquisition executive, Mrs. McFarland advised the Director of MDA on all acquisition, contracting and small business decisions. Other core responsibilities included the development of process activities and program policy associated with the execution of the single integrated Ballistic Missile Defense System research, development and test program, and establishment of the Baseline Execution Review to ensure an integrated program execution of the BMDS occurred across the baselines of schedule, cost, performance, contracting, test and operational delivery.

Mrs. McFarland began her civil service career in 1986 as a general engineer at Headquarters Marine Corps where she was accredited as a Materials, Mechanical, Civil and Electronics Engineer. She has received an Honorary Doctoral of Engineering from the University of Cranfield, United Kingdom; the Presidential Meritorious Executive Rank Award, the Secretary of Defense Medal for Meritorious Civilian Service Award, the Department of the Navy Civilian Tester of the Year Award, and the Navy and United States Marine Corps Commendation Medal for Meritorious Civilian Service. She is DAWIA Level-III-certified in Program Management, Engineering, and Testing as well as having a professional engineer license and having attained her PMP certification.

Room 147 A and B "Modernization – Addressing Today’s Threat & Ensuring Tomorrow’s Readiness; Perspectives from Government and Industry"