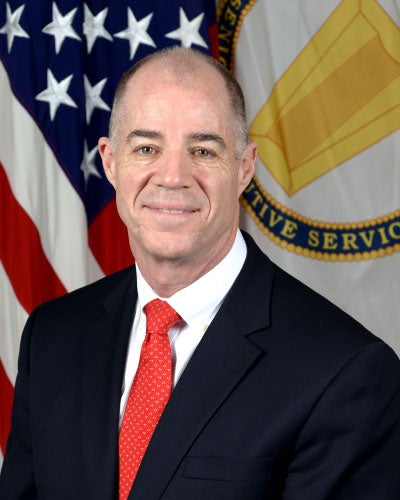 Mr. Wiltsie also continues to oversee the System of Systems Engineering and Integration (SoSE&I) Directorate, Office of the Assistant Secretary of the Army (Acquisition, Logistics and Technology). SoSE&I is responsible for providing coordinated system of systems analysis, engineering, architectural and integration products to facilitate how the Army efficiently shapes, manages, validates and synchronizes the fielding of integrated materiel capabilities.

Mr. Wiltsie previously served as the Program Executive Officer for Enterprise Information Systems, where his responsibilities included program management of more than 60 Department of Defense and Army acquisition programs supporting communications, logistics, medical, finance, personnel, biometrics, training and procurement operations. Prior to his role at PEO EIS, Mr. Wiltsie was the Deputy Program Executive Officer for Intelligence, Electronic Warfare, and Sensors (PEO IEW&S) from June 2008 to October 2011, and the Assistant Deputy for Acquisition and Systems Management in the Office of the Assistant Secretary of the Army for Acquisition, Logistics and Technology from June 2004 to May 2008.

Mr. Wiltsie, a native of Charleston, S.C., holds an M.S. in National Resource Strategy from the Industrial College of the Armed Forces and a B.S. in Mechanical Engineering from the Virginia Polytechnic Institute and State University. He is a recipient of the Meritorious Civilian Service Award and has twice been awarded the Superior Civilian Service Award and the Commander’s Award for Civilian Service. He is a recipient of the Defense Acquisition Workforce Improvement Act Level III certification in Systems Planning, Research, Development, and Engineering and Program Management, and he is a member of the Army Acquisition Corps. 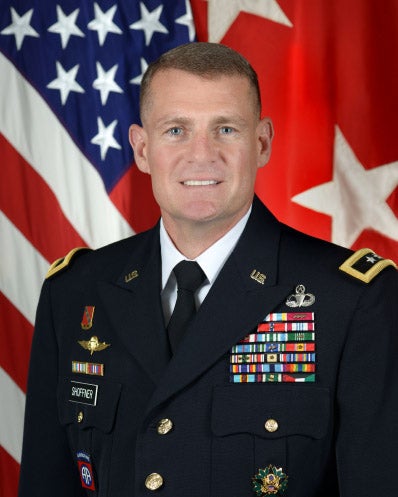 MG Shoffner’s command experience includes: B Battery, 3rd Battalion, 319th Airborne Field Artillery Regiment, 2nd Battalion, 319th Airborne Field Artillery Regiment, and the 18th Fires Brigade. Operational deployments include: Saudi Arabia and Iraq during Operation Desert Shield and Operation Desert Storm, and Afghanistan in 2003 as the Chief of Plans, 82d Airborne Division during Operation Enduring Freedom. As a Battalion Commander, he deployed to New Orleans in 2005 as part of Joint Task Force Katrina, and in 2007 deployed to Baghdad, Iraq where 2-319th was employed as a maneuver task force as part of the “surge” during Operation Iraqi Freedom.

From 2003-2005, MG Shoffner served as the Deputy Chief of Plans for the NATO Allied Rapid Reaction Corps, then located in Rheindalen, Germany. As a Colonel, he served as the Army’s liaison to the U.S. House of Representatives. General Officer assignments include: Deputy Commanding General-Support, 1st Armored Division, Deputy Chief of Staff, G-3/5/7, Army Training and Doctrine Command, and Deputy Chief of Staff-Communications, NATO Resolute Support Mission Afghanistan. He most recently served on the Army Staff in the Pentagon as Director, Army Talent Management Task Force, and Director of Operations, Army Rapid Capabilities Office.

MG Shoffner is married to the former Carron Charney of Lansing, MI and has one daughter, Kristin. 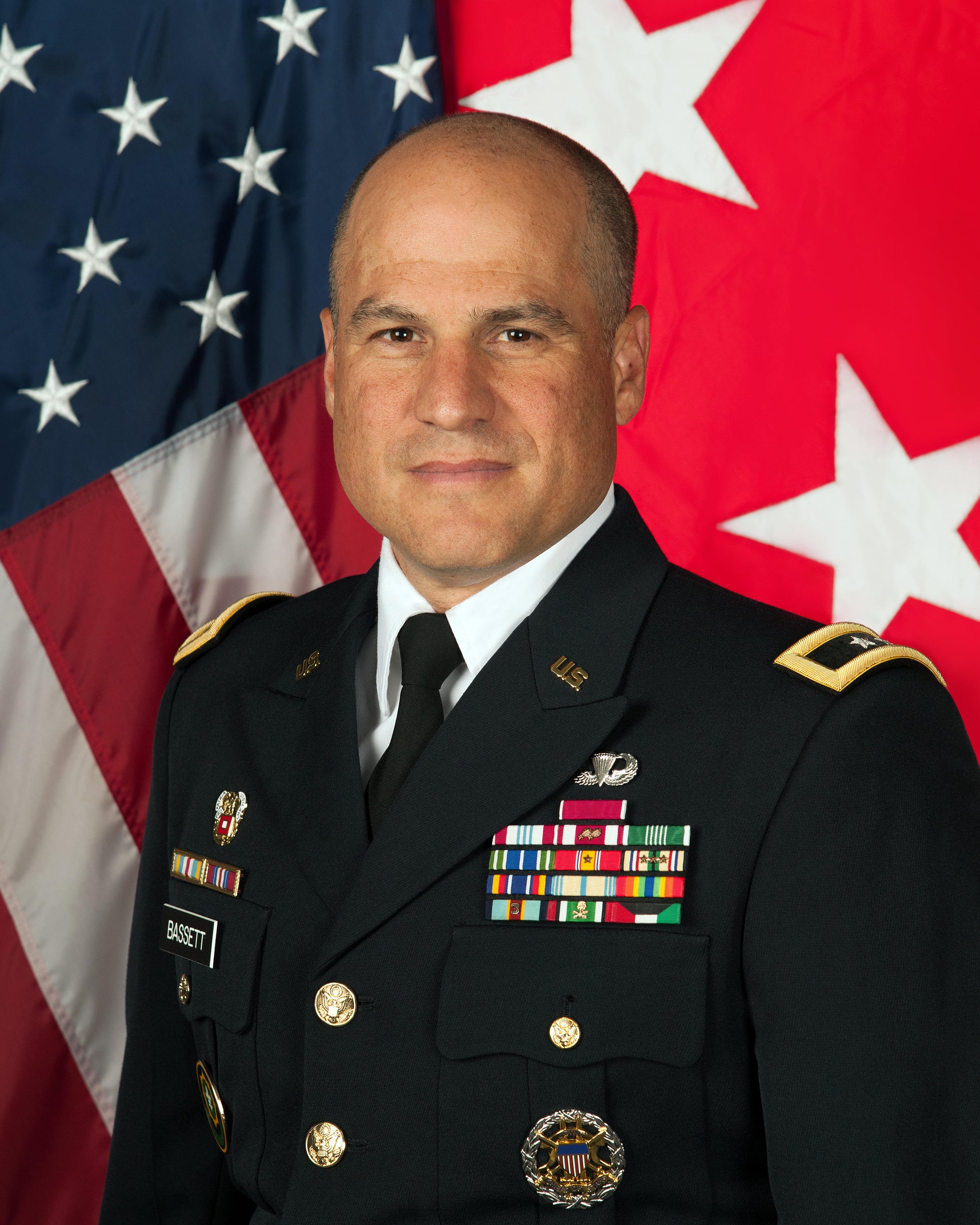 Major General David G. Bassett was appointed Program Executive Officer for Ground Combat Systems in September 2013. He is responsible for the life-cycle management of a complex and diverse organization with six Acquisition Category I programs (Armored Multi-Purpose Vehicle program, M109A7 Self-Propelled Howitzer program, Abrams Tank upgrades, Bradley Fighting Vehicles upgrades, the Stryker Family of Vehicles and the M88 HERCULES). In addition to the combat vehicle modernization efforts for each of the ACAT I programs, to include active protection systems, he is also responsible for multiple Foreign Military Sales efforts and pending programs such as Mobile Protected Firepower. The Ground Combat Systems portfolio has an annual budget of more than $2.67 billion with a total program budget of more than $14.8 billion (POM FY16-20).

MG Bassett was commissioned through ROTC in 1988 into the Signal Corps with a Bachelor of Science in Electrical Engineering from the University of Virginia. As a junior officer, he served in Germany in tactical positions as Communications Platoon Leader, 2nd Armored Cavalry Regiment and as Battalion S4 and Company Commander in 123rd Signal Battalion, 3rd Infantry Division.

Following the Signal Officer’s Advanced Course and Advanced Civil Schooling at the University of Virginia where he received a Master of Science in Computer Science, he was assigned to the US European Command Staff, where he served as the Requirements Analysis and Interoperability Action Officer, J6.

He transferred to the Army Acquisition Corps in 1999 and was assigned to Fort Monmouth, New Jersey, as Operations Officer, Communications and Electronics Command Software Engineering Center. MG Bassett went on to serve at Fort Monmouth as the Chief Software Engineer for the Future Combat Systems Network and as Program Integrator and Product Manager, Future Combat Systems, Software Integration. He then served on the Joint Staff as the Ground Maneuver Analyst, Capabilities and Acquisition Division, J8.

From July 2009 to May 2012, MG Bassett served as the Army’s Project Manager for Tactical Vehicles within the Program Executive Office for Combat Support & Combat Service Support (PEO CS&CSS). In June 2012, Tactical Vehicles was restructured, and he was tapped to lead the Joint Program Office, Joint Light Tactical Vehicles, PEO CS&CSS, through the Engineering and Manufacturing Development award, from June 2012 to August 2012.

In September 2012, MG Bassett assumed responsibilities as the Deputy Program Executive Officer for CS&CSS. As the DPEO he provided technical and managerial oversight for approximately 270 tactical wheeled vehicles, special purpose vehicles and equipment, physical security equipment, petroleum and water systems, and other support systems/equipment for the US Army and sister services.