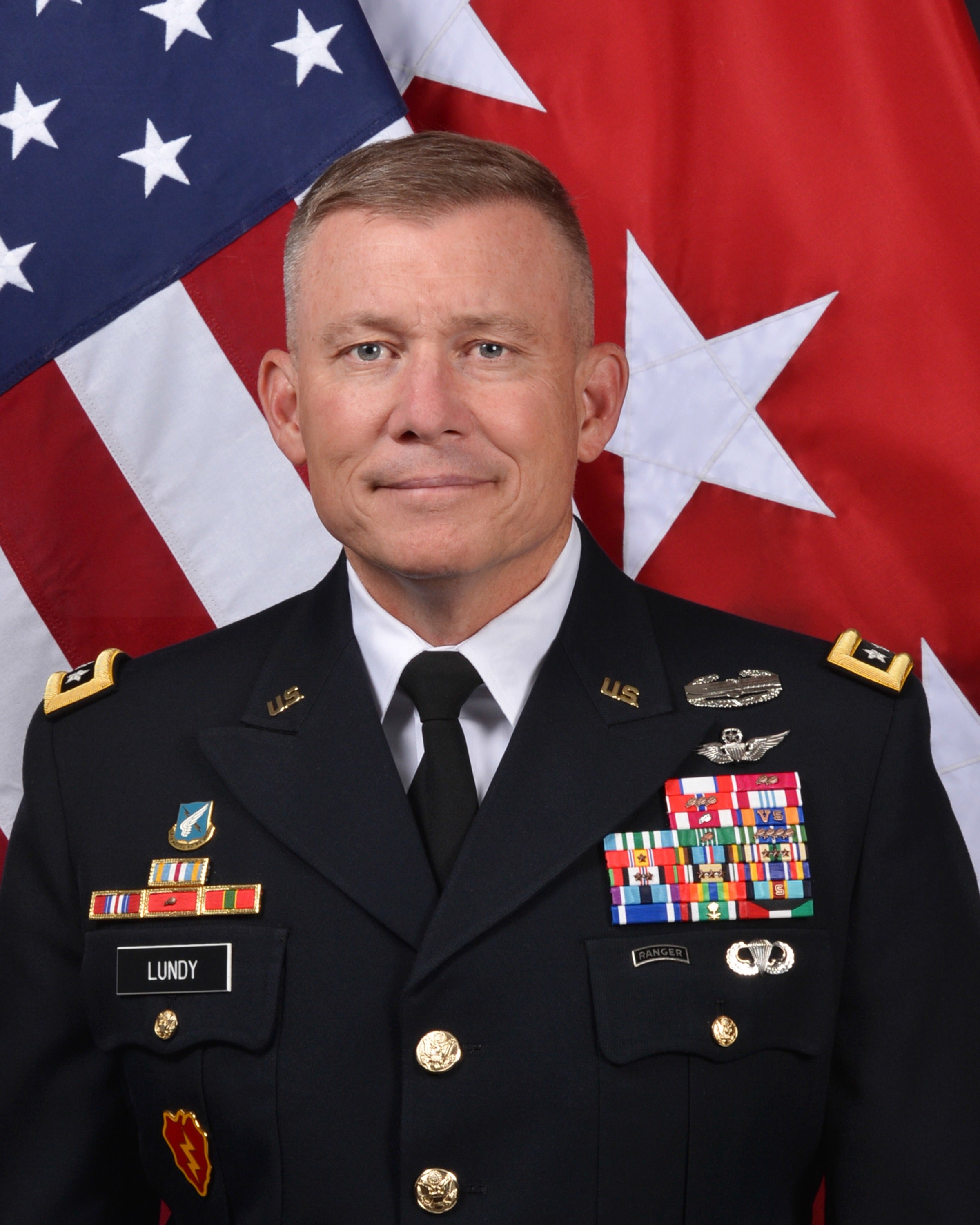 LTG Mike Lundy was commissioned as an Aviation Second Lieutenant in 1987 from McNeese State University.

In May 2016, LTG Lundy was assigned as Commanding General of the United States Army Combined Arms Center and Fort Leavenworth.

He holds a Master’s Degree in Strategic Studies, and is a graduate of the Command and General Staff College and Army War College.