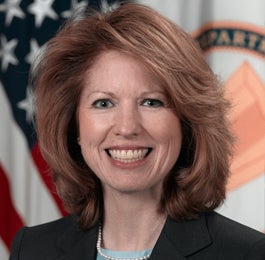 Ms. Diane M. Randon was selected for the Senior Executive Service in June 2007. She has served as the Deputy Assistant Chief of Staff for Installation Management since October 2012.

In this position, Ms. Randon serves as a Headquarters, Department of the Army Staff Principal of an organization that provides policies, programs, and resources for installations infrastructure and services worldwide. She ensures facilities are available for senior installation commanders and takes care of the well-being of Soldiers, Families, and civilians who live, work, and train on Army Installations and who are geographically dispersed. She has over 30 years of experience in resource and program management from a variety of assignments within the Department of the Army and Department of Defense, both in the continental United States and abroad. Ms. Randon most recently completed a certificate program in Leadership Coaching for Organizational Performance.

Ms. Randon earned a Bachelor of Science degree in Biology from Old Dominion University and a Master's degree in Business Administration from Syracuse, University.

Carra S. Sims is a senior behavioral and social scientist at the RAND Corporation working primarily in Project AIR FORCE and Arroyo Center on U.S. Air Force and U.S. Army manpower and wellness. Her current and past research includes investigating the effects of workplace stressors (including military deployment, discrimination, and sexual harassment) on job attitudes and performance; assessing quality of life issues faced by wounded warriors, military families, and caregivers; evaluating employee selection systems, including the use of the Air Force Officer Qualifying Test in the Air Force officer selection system; exploring the effects of organizational climate and culture on job attitudes and behaviors, and how best to change organizational climate and culture; and determining the knowledge, skills, and abilities required for success in various military and civilian jobs. Prior to joining RAND, Sims examined issues of climate, stress, and morale for the Army Trends Analysis Research Unit at the U.S. Army Research Institute for the Behavioral and Social Sciences. She has published several RAND reports and her work has appeared in the Journal of Applied Psychology and Personnel Psychology, among other venues. She received her Ph.D. in industrial and organizational psychology from the University of Illinois at Urbana-Champaign. 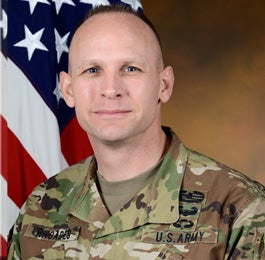 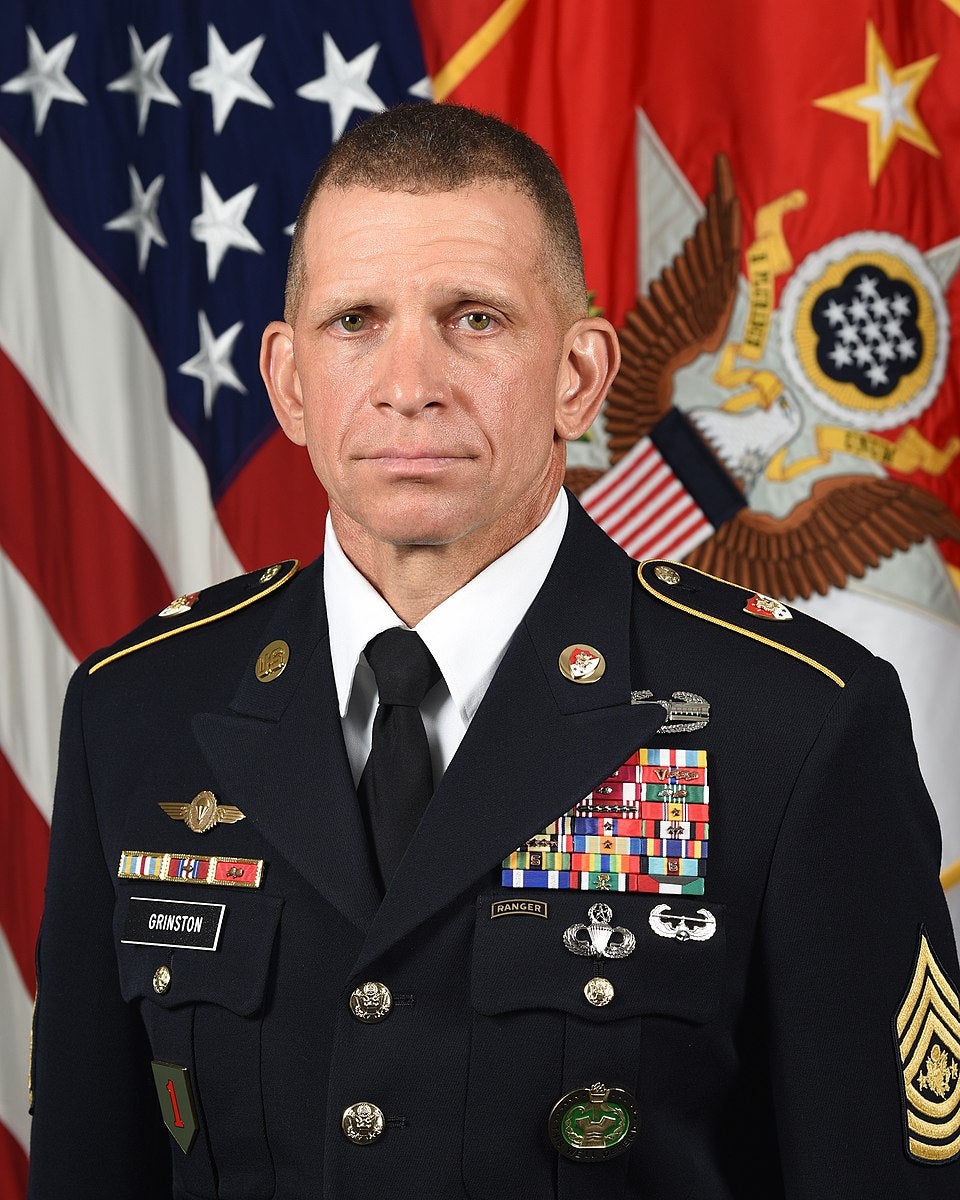 Sgt. Maj. of the Army Michael A. Grinston was sworn in as the 16th Sergeant Major of the Army on Aug. 9, 2019. Grinston has held every enlisted leadership position in artillery, ranging from cannon crewmember to command sergeant major.

As the sergeant major of the Army, Grinston is the Army chief of staff's personal adviser on matters affecting the enlisted force. He devotes the majority of his time traveling throughout the Army to observe training and interact with Soldiers and their Families. He sits on a variety of councils and boards that make decisions affecting enlisted Soldiers and their Families and routinely invited to testify before Congress. Grinston is the public face of the U.S. Army's Noncommissioned Officer Corps, representing the NCO Corps to the American people in the media and through business and community engagements.

Grinston is a native of Jasper, Alabama, and enlisted in the Army in October 1987. He attended Basic Training and Advanced Individual Training as an artilleryman at Fort Sill, Oklahoma. Grinston’s deployments include Operations Desert Storm and Desert Shield, Iraqi Freedom, New Dawn, Inherent Resolve, Enduring Freedom, and Kosovo. As the 1st Infantry Division command sergeant major, Grinston served as the senior enlisted leader for the Army’s first deployment of a division headquarters in support of Operation Inherent Resolve. He also served as the I Corps command sergeant major, and as the command sergeant major for U.S. Army Forces Command.

Grinston’s military education includes all levels of the Noncommissioned Officer Education System. He is a graduate of Ranger School, Airborne School, Drill Sergeant School, Air Assault School, How the Army Runs Course, the Equal Opportunity Leaders Course and the Keystone Course. Grinston holds a Bachelors of Arts in Business Administration from the University of Maryland University College.

Grinston is married and has two children. 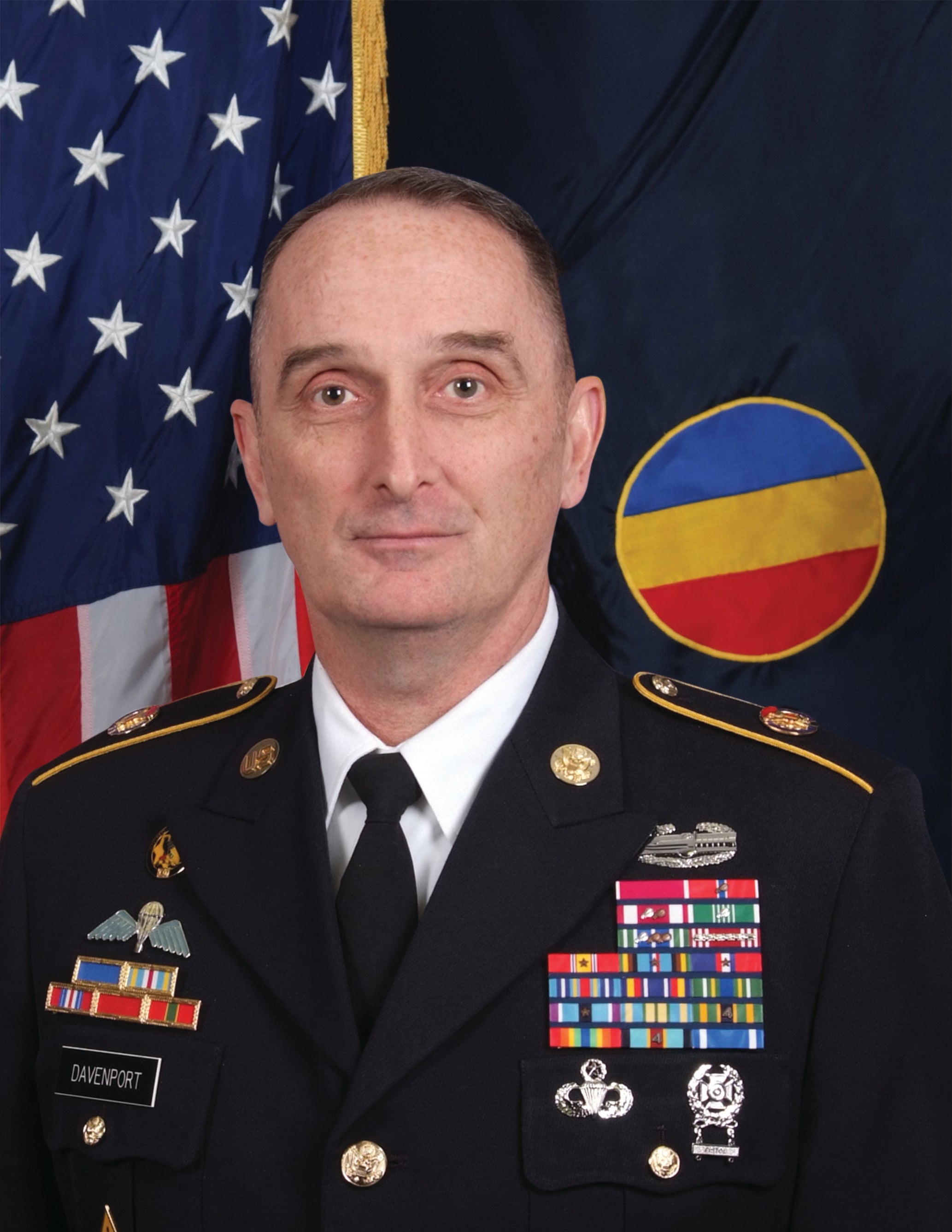 Command Sergeant Major Davenport is a native of Nashville, Tennessee, and entered the Army on June 22, 1983. He attended Basic Combat Training and Cavalry Scout Advanced Individual Training at Fort Knox, Kentucky. During his 31-year career, he has served in every enlisted leadership position from cavalry scout and tank commander, to his current position as command sergeant major.

His civilian education includes an associate degree in liberal arts, a bachelor’s degree in social work, and a master’s degree in business administration (focused on leadership) from Norwich University. He was awarded the Association of the United States Army 2006 Larry Strickland Educational Leadership Award for his commitment, both professionally and personally, to enhancing the professional developments of his Soldiers and noncommissioned officers. 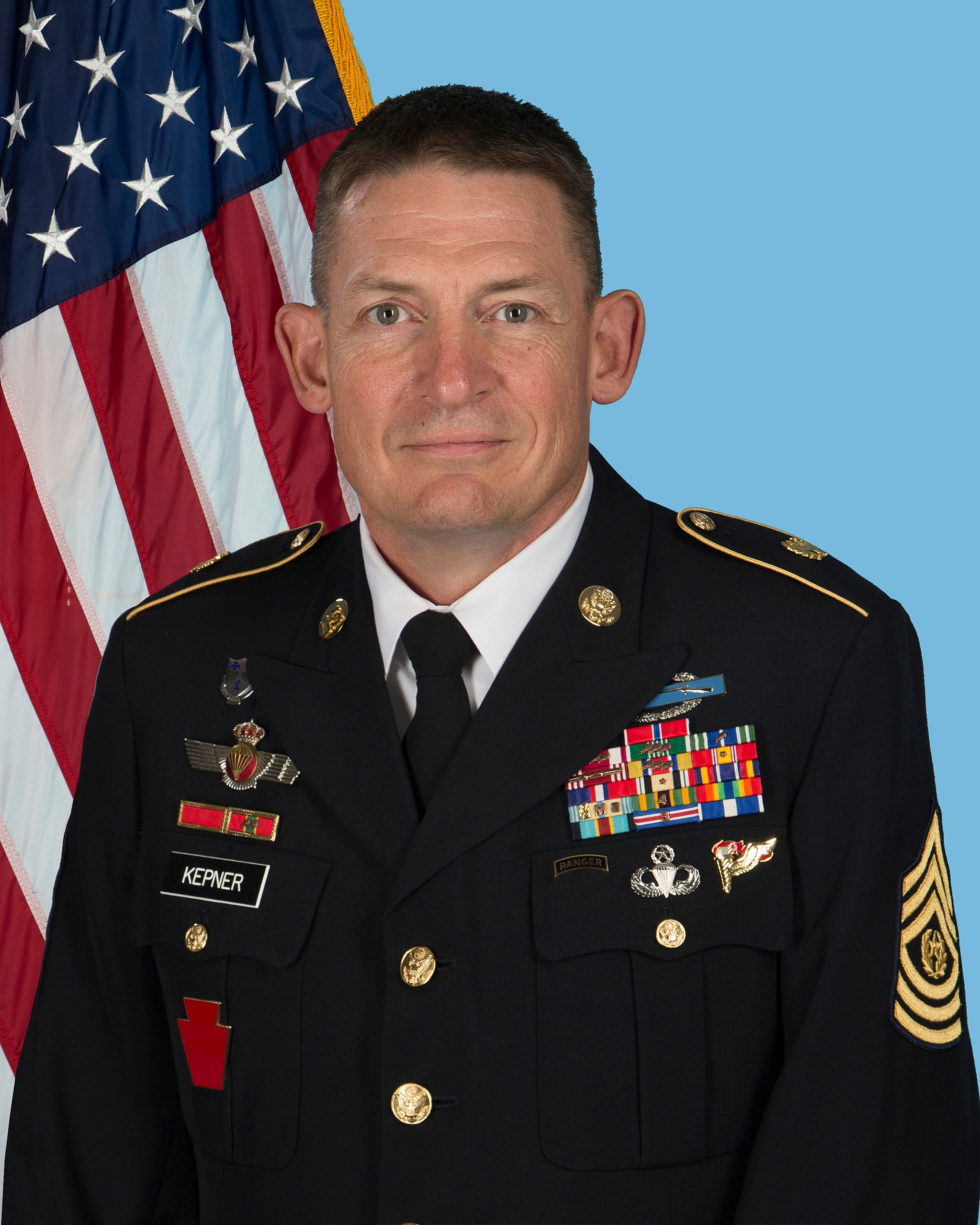 CSM Christopher Kepner was born in York, Pennsylvania. He enlisted in the United States Army in October of 1980 and attended Basic and Advanced Individual Training at Fort Benning, Georgia. Following his graduation from AIT CSM Kepner served seven years on active duty with the 82nd Airborne and 10th Mountain Divisions before joining the Pennsylvania Army National Guard. He earned a Bachelors of Business Administration from American Intercontinental University in 2006; and a Master of Science in Leadership from Duquesne University in 2012. CSM Kepner is married to the former Mary Wise and they have four children.

Command Sergeant Major Ted L. Copeland was born and raised in Wapakoneta, Ohio. In 1984 he joined the United States Army and attended One Station Unit Training at Ft. McClellan, Alabama.

He is a retired Police sergeant and his civilian education includes an Associates Degree in Criminal Justice from Vincennes University. He also is a graduate of the Ohio Peace Officers Training Academy, the Federal Bureau of Investigations National Academy and has a combined total of over 1300 hours in civilian law enforcement training. He is certified as a Firearms instructor, ASP and PR24 instructor, Background Investigator, Police Motorcyclist and Police Carbine, Shotgun, Revolver and Semiautomatic Instructor.

CSM Copeland resides in Wapakoneta, Ohio with his wife Grace and son Trevor.