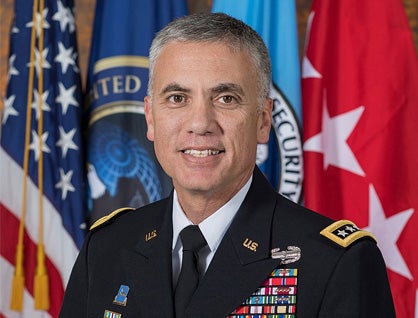 A native of White Bear Lake, Minnesota, GEN Nakasone is a graduate of Saint John's University in Collegeville, Minnesota, where he received his commission through the Reserve Officers' Training Corps.

GEN Nakasone has held command and staff positions across all levels of the Army with assignments in the United States, the Republic of Korea, Iraq, and Afghanistan.

GEN Nakasone commanded the Cyber National Mission Force at U.S. Cyber Command. He has also commanded a company, battalion, and brigade, and served as the senior intelligence officer at the battalion, division and corps levels.

GEN Nakasone has served in Joint and Army assignments in the United States, the Republic of Korea, Iraq, and Afghanistan. His most recent overseas posting was as the Director of Intelligence, J2, International Security Assistance Force Joint Command in Kabul, Afghanistan.

GEN Nakasone has also served on two occasions as a staff officer on the Joint Chiefs of Staff.

GEN Nakasone and his wife are the proud parents of four children, who form the nucleus of “Team Nakasone.” 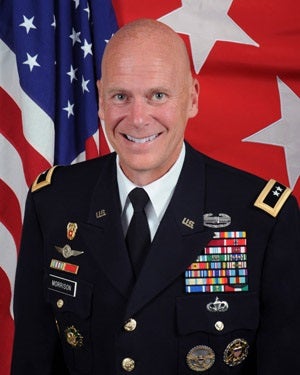 Brigadier General Stephen J. Hager was commissioned in 1987 as a Signal Corps Officer. As an active duty officer he served as Platoon Leader and Executive Officer for Alpha Company, 742nd Military Intelligence Battalion, 704th Military Intelligence Brigade at Fort Meade, Maryland. During Operation Desert Storm he served as the System Control Officer, S-3, 13th Signal Battalion, 1st Cavalry Division. Upon return, he was assigned to the National Security Agency as a Senior Electrical Engineer in the microelectronics advanced research group. Deployed in Operation Restore Hope, he was assigned as the Communications Officer, CENTCOM J-2 Forward in Mogadishu, Somalia.

Hager resides in Los Gatos, California with his wife, Eve, and their three children, Lauren, Taylor and Bradley. In his civilian career, Hager is a software developer for a technology company in Silicon Valley. 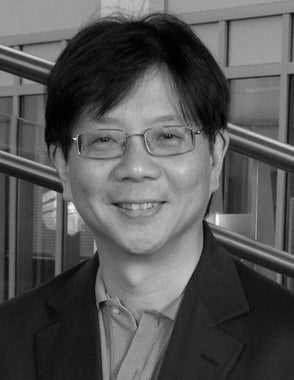 Herb Lin is a senior research scholar for cyber policy and security at the Center for International Security and Cooperation and the Hank J. Holland Fellow in cyber policy and security at the Hoover Institution, both at Stanford University.  His research interests concern the policy-related dimensions of cybersecurity and cyberspace; he is particularly interested in and knowledgeable about the use of offensive operations in cyberspace, especially as instruments of national policy.  In addition to his positions at Stanford University, he is chief scientist emeritus for the Computer Science and Telecommunications Board, at the National Research Council (NRC) of the National Academies, where he served from 1990 through 2014 as study director of major projects on public policy and information technology, and adjunct senior research scholar and senior fellow in cybersecurity (not in residence) at the Saltzman Institute for War and Peace Studies in the School for International and Public Affairs at Columbia University. Before his NRC service, he was a professional staff member and staff scientist for the House Armed Services Committee (1986–90), where his portfolio included defense policy and arms control issues. He received his doctorate in physics from the Massachusetts Institute of Technology.

He is also a longtime folk and swing dancer and a poor magician. Apart from his work on cyberspace and cybersecurity, he has published on cognitive science, science education, biophysics, and arms control and defense policy. He also consults on K–12 math and science education.