Stark General Hospital was located in North Charleston, SC, on the north bank of the Ashley River and was officially named in honor of Colonel Alexander N. Stark on February 11, 1941. It accommodated 2,400 beds and was ready for patients on May 18, 1941. It specialized in general and orthopedic surgery. As the war progressed it became a fully-functional debarkation hospital for casualties and sick personnel arriving at the Port of Charleston. Stark General Hospital transferred its last patients on 23 October 1945 and was turned over to the Charleston County Board of Control for local use.

The land (266 acres) was acquired by eminent domain from Mrs. Mamie M.G. Pieper and Catherine M.A. Pommer in 1941. 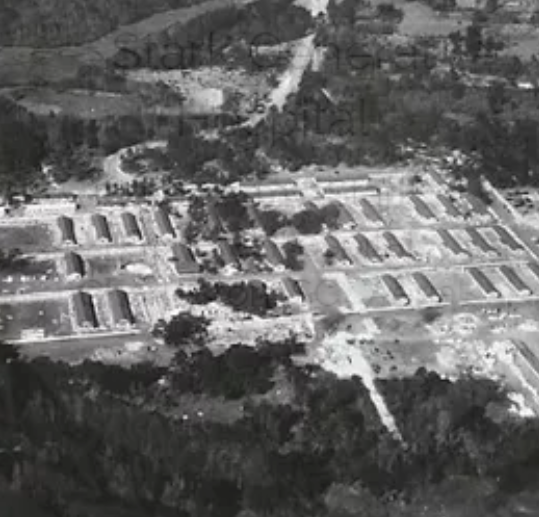 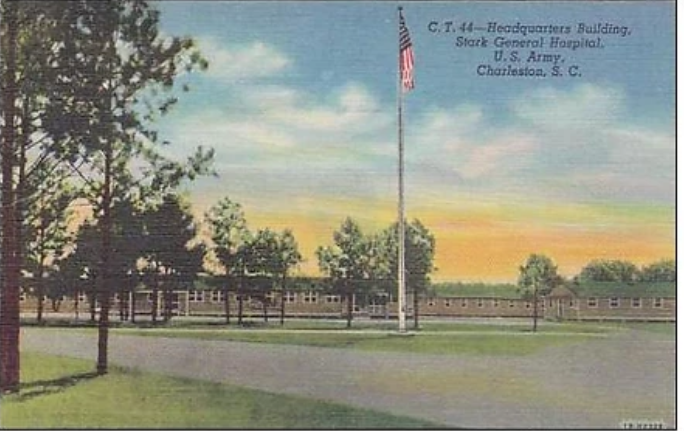 The hospital was named after Colonel Alexander Newton Stark (1869-1926). He was commissioned as an assistant surgeon on 12 May 1893. In July 1898 he was ordered to Montauk Point, N. Y., and assigned to the hospital ship Missouri and served on several hospital ships in 1898-99. He was engaged in the transfer of patients in West Indian waters, then was assigned to Military Hospital No. 1 at Havana and later to Camp Columbia. With U.S. entrance into WWI he was ordered to Charleston, SC, as surgeon of the Southeastern Department, serving there until December 1917. He was then ordered to France, where he was assigned to duty as surgeon of the Advanced Section, Service of Supply. When the American First Army was formed in the summer of 1918, he was named its surgeon. Stark had a tremendous task in the evacuation and hospitalization of the casualties of First Army operations, and in the supply of the medical units during the influenza pandemic.

Stark G.H. filled several roles in the Army’s WWII hospital system. As a debarkation hospital, it received patients from the hospital ships that brought most of the overseas wounded, ill, and injured back to the U.S. Charleston was one of four east coast ports to handle returning patients. At a debarkation hospital they would be checked and sent to a hospital near their home for definitive care when they were ready for travel. As a general hospital, Stark provided some of that definitive care as well; about ten percent of Stark’s beds were for the long-term patients.

The Port of Charleston was designated as the home port for Army hospital ships serving the European and Mediterranean theaters. Though the facilities for shipping medical supplies from Charleston were not complete until after the war’s end, the first three hospital ships were assigned to the port on November 1, 1943, the USAHS Acadia, the USAHS Seminole, and USAHS Shamrock. Subsequently, as additional Army hospital ships were placed in service, all were assigned to the Charleston Port of Embarkation. So far as is known no directive was issued designating Charleston as the home port of the Army hospital fleet. In fact, its function as such was long concealed in the press under the familiar World Har I guise of "An East Coast Port."

At the peak of the war, 21 of 26 hospital ships were assigned to the CPOE.

To debark patients from ships and transport them to general hospitals, port commanders normally used personnel and vehicles belonging to installations under their control. For example, the Charleston Port trained enlisted men as litter bearers from its own medical detachment and port and service battalions in training or on duty in the area. It also used its own ambulances, trucks, and passenger cars to carry patients to Stark, which was located nearby. This procedure sufficed when the number of patients received was small.

Later, as the number of hospital ships in service increased, the Charleston Port issued a sixty-one-page manual of instructions for their commanders. As ports gained experience in operations and improved procedures, the time required to unload ships decreased. The Charleston Port cut the debarkation time from five hours (in early 1944) to two hours by the end of 1944 and then to just one hour for a 600-patient hospital ship during 1945.

During the winter of 1944-45 another measure toward simplifying the work of debarkation hospitals was adopted: the installation of addressograph equipment. This equipment let hospitals prepare templates for making rosters and issuing orders, and thus eliminated the necessity of typing each separately. Though seemingly small when considered individually, the significance of such measures can be judged more accurately if the total evacuation load of different hospitals is taken into account. Stark G.H. admitted 44,003 patients in the nine-month period from 1 January 1945 to 30 September 1945, while Halloran G.H. (NY) admitted about 69,500 and Letterman G.H. (San Francisco) about 73,000 during the entire year. There were no computers or internet – everything was done on paper using typewriters. Every time patient changed hands – more paper work.

The first large-scale movement of patients by air in the United States was made in January 1944. At that time three planes, with personnel from the School of Air Evacuation, were sent to Stark G.H. to move patients being debarked from two hospital ships. In a period of ten flying days between 7 and 19 January these planes flew 661 patients in 29 loads to five general hospitals.

Rapidly built of wood, Stark General Hospital was always going to have a limited lifespan. It was 95% torn down and is now an industrial site, although the roads and concrete pads for many of the buildings are still extant. Unfortunately, there is no sign or marker indicating the hospital was ever there. It did great service our wounded soldiers during WWII.

Below are photos of the two remaining buildings. One is Free house Brewery, 2895 Pringle Street, North Charleston, SC 29405 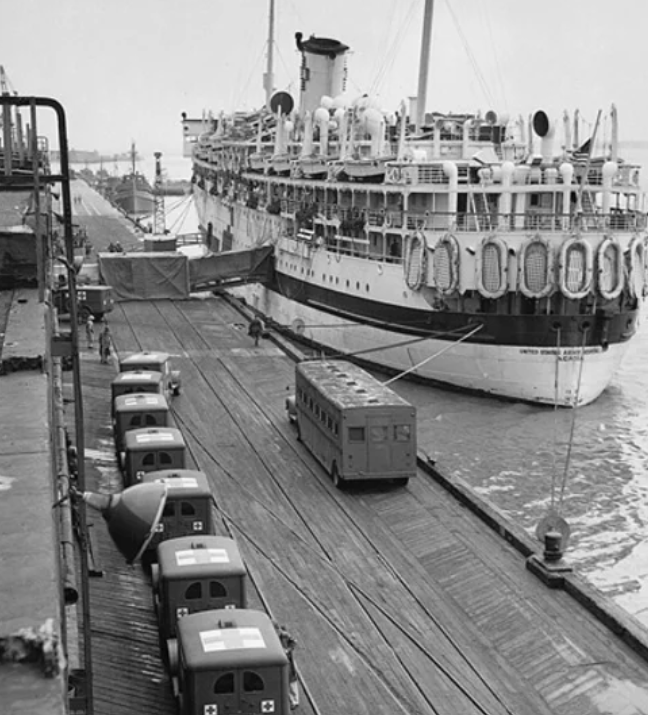