As the premier voice for America's Soldiers, we are a dedicated team committed to building the best professional and representative association for the world's best Army.

The Pacific Region is comprised of chapters located in eastern Asia, Alaska and Hawaii. We educate, inform, and connect the local communities with our military population in order to create a stronger force surrounding the Indo-PACOM Area of Operations.

Message from the Pacific Region President 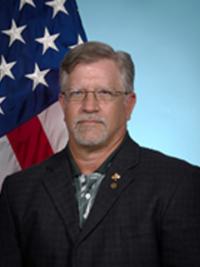 In Hawaii, the Hawaii Chapter received recognition as a Commendable Performance recipient for Best Chapter (now competing in the largest member category, Greatest % Increase in Community Partners, and Greatest % increase in Reserve Component Members.  Bottom line, our Chapters in the Pacific are the clearly leading the pack and I couldn’t be more proud to serve as their Region President!

We have a great team of volunteers with a passion to Inform, Educate and Connect what we are doing to support "Our Army".  Come join us, we look forward to seeing you at one of our events.

It may be a shortcoming of the English language to lack a word befitting the complexity of the global battlefield, or perhaps we’ve done a disservice to past battlefields by describing them as “complex.” Suffice it to say, “complex” (and all its...

The top U.S. commander in the Pacific says the threat from North Korea is as real as the 1962 Cuban missile crisis. “The crisis on the Korea Peninsula is the worst I’ve seen,” Navy Adm. Harry Harris Jr., U.S. Pacific Command commander...

A robust alliance network and series of security partnerships have been the cornerstone of stability in the Indo-Asian-Pacific region since World War II.