Words Matter: Telling Your Story an Alternative to Medication for PTSD

Words Matter: Telling Your Story an Alternative to Medication for PTSD

Some injuries to a soldier’s body can be quantified, some not. For example, the Defense and Veterans Brain Injury Center reports there are 370,688 U.S. military service members with traumatic brain injury. The Journal of Urology records 1,367 soldiers having suffered genital and/or urinary tract injuries, mostly due to bomb blasts. Nearly 7,000 American soldiers have been killed in Afghanistan and Iraq. These statistics, however horrific, are easily compiled. But injuries caused by traumatic memories cannot be counted with such precision.

What we do know, according to the RAND Corp., is that nearly one in five Iraq and Afghanistan veterans have admitted to suffering from either major depression or post-traumatic stress disorder (PTSD). Twenty veterans die each day by suicide, the VA reports. Therapies have been developed, and medicines tweaked to alleviate symptoms. But the fact remains that many soldiers are forced to live out their lives as POWs of their own brains.

Symptoms of PTSD as listed by the VA include experiencing flashbacks of the original trauma, avoiding any situation that reminds the sufferer of the trauma, having a heightened sense of danger and constantly feeling on alert. Scientists believe this is a problem in the brain’s relay system. In other words, the trauma gets stuck in the part of the brain that believes the trauma is still happening.

One avenue to unclogging this bottleneck might be the simple act of telling one’s story, according to mental health practitioners. If you are afflicted with PTSD, then telling your story allows the brain to make new connections to that memory. You are not only attaching words to your experience, but you are attaching the feelings and sensory impressions that you felt at the time. And in doing so, the stuck part of the brain can finally stand down. It will realize that the danger is not happening. It can stop firing as if you’re in immediate danger.

However, making these connections is not without its challenges. To tell the real story of what happened to you is to relive some of the worst moments of your life. Emotions will be dredged up in unpredictable ways. You might either feel too much emotion or none at all. War often desensitizes its warriors, detaching them from their feelings. But for this type of treatment to be effective, the soldier must connect their emotions about the event with what was seen, smelled, tasted or touched at the time.

There are options in how to share this experience. You can speak it aloud to an audience. You can write it out on paper. Or you can use a virtual reality program on a computer to recreate what happened. Whatever form you use, the aim is to make sense of what was likely a chaotic experience in which you were helpless. Research suggests that chaos contributes to developing PTSD. Individuals who are intoxicated, for example, are more likely to experience added fear and stress due to their inability to intellectually understand what is happening to them.

Retired 1st Sgt. Michael Schindler, who served in Vietnam, explained his own PTSD recovery like this: “Extinguishing the flames of combat, killing, death, loss, and despair was perhaps the most difficult task that I have ever done. Sometimes during the narrative and acceptance stages, I wanted to scream, and did, plenty of times. The sense of having no control over my emotions was more than I could bear at times, but was better than when my emotions manifested in anger, beer drinking, and dangerous living, among a long list of negative behaviors. …

“The first time that I heard the concept that I could possibly be remembering my combat experiences differently than others involved in the same incidents was during my first therapy session. My reaction was total confusion. My shrink had to explain it several times,” Schindler said, as quoted by Dr. Charles W. Hoge, a retired Army colonel, in Once a Warrior Always a Warrior: Navigating the Transition from Combat to Home. 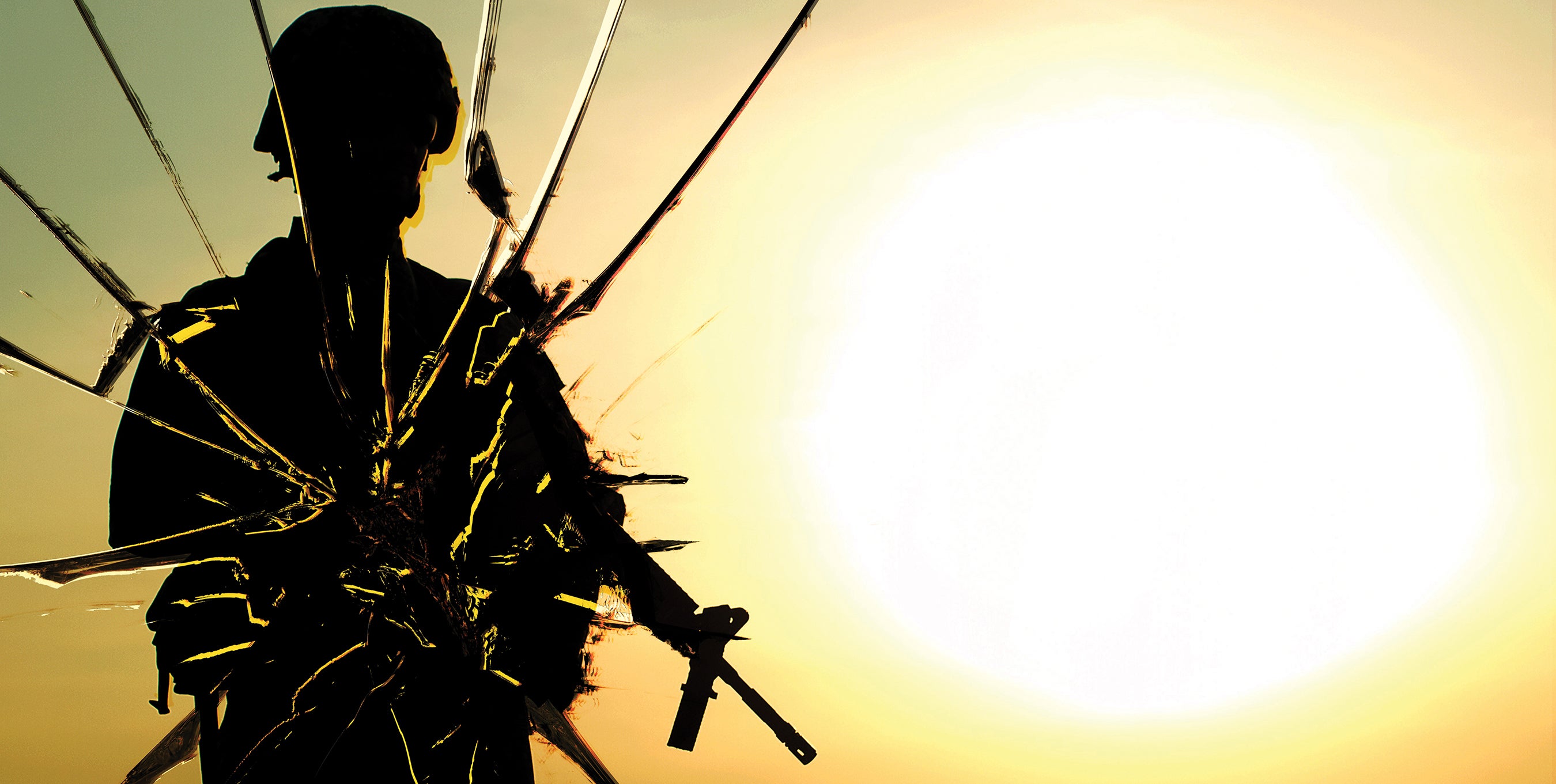 You Are in Charge

Like Schindler, you may feel your own emotions and memories veer wildly when telling your story, but you are in control of how you tell your story. You are in charge. It’s important to remember this because the process is a gradual one.

In Dr. Robert N. McLay’s book, At War with PTSD, another veteran explained how “as I went through these exercises, put the truth down in black and white, something clicked. I started to not just hear the truth about the situation, but to believe it. The whole thing still sucks, but I can live with myself now. I don’t feel like I’m living a lie. The therapy wasn’t rocket science, there was nothing in those sessions that I didn’t know already, but sometimes it takes repetition. It was kind of like riding a bicycle. It is a simple idea. You get on and pedal. But until you have practiced it over and over again, it is hard. Once you get it down, it’s second nature.”

It can take weeks or months of repetitive storytelling before slowly the symptoms might ease. If you chose to tell your story orally, then selecting who you tell it to is almost as important as the story of what happened. In his book The Body Keeps the Score, Dr. Bessel van der Kolk explains how important it is to find the right audience, “which is why survivor groups like Alcoholics Anonymous, Adult Children of Alcoholics, Narcotics Anonymous, and other support groups can be so critical. Finding a responsive community in which to tell your truth makes recovery possible.”

Sharing your story lightens the load of a traumatic memory. PTSD is often caused by being helpless in a terrifying situation with no one coming to assist you—terrifying either for yourself or others who you were powerless to help. Sharing the trauma with an appropriate listener (a support group, therapist, or nonjudgmental friends or family) reminds you of two things—that you are no longer alone and that you are no longer powerless.

The steps are straightforward, if challenging. First, you exhaustively sift through the chaos of your memories to create a timeline of what actually happened and when. You then identify the emotions caused by the event and attach them to the sensory impressions that your body felt at the time.

Finally, you end your story by telling your listeners what it all meant. What was all the pain for? Why did your buddies die? Why did you live? Why do you have to be the one to carry this burden?

You have to create meaning. Edward Tick writes in Warrior’s Return: Restoring the Soul After War, “We cannot deal with death or offer our own lives in a vacuum or to an absurdity. Time in the valley of the shadow, the deaths of our friends and all others have to mean something; in order to emerge we must render them meaningful.”

In other words, we must find something redeemable in the horror. Not something that will justify what happened, but rather will justify ourselves for having survived it. One veteran, Hugh Scanlen, found his meaning in becoming a mentor for younger veterans. As quoted by Tick, he said, “Those of us who have served in past military conflicts have an obligation to continue that service by being there now for our younger veterans. It’s not about telling them our experiences but rather listening to theirs.”

Your story is now complete. But remember that alleviating PTSD symptoms does not mean you will forget what happened to you. Or forget that you are a different person than you were before. Or forget about what happened to those who died. It just makes it easier for you to live a life that truly honors the memory of your service.

For more information on sharing your story, search online for local veterans’ writing groups and support groups for veterans with PTSD, call your local VA medical center to ask about narrative therapy and/or virtual reality exposure therapy, and check for special storytelling events at www.woundedwarriorproject.org.