The Association of the U.S. Army’s Major Samuel Woodfill Chapter donated $20,000 in gift cards to the Cincinnati and Dayton Veterans Administration Hospitals as part of the chapter’s ongoing Operation Christmas Cheer program.

Retired Command Sgt. Maj. Walt Howard, the Operation Christmas Cheer program director, created the fundraiser five years ago as a way to support local veterans and their families who are in need during the holidays. 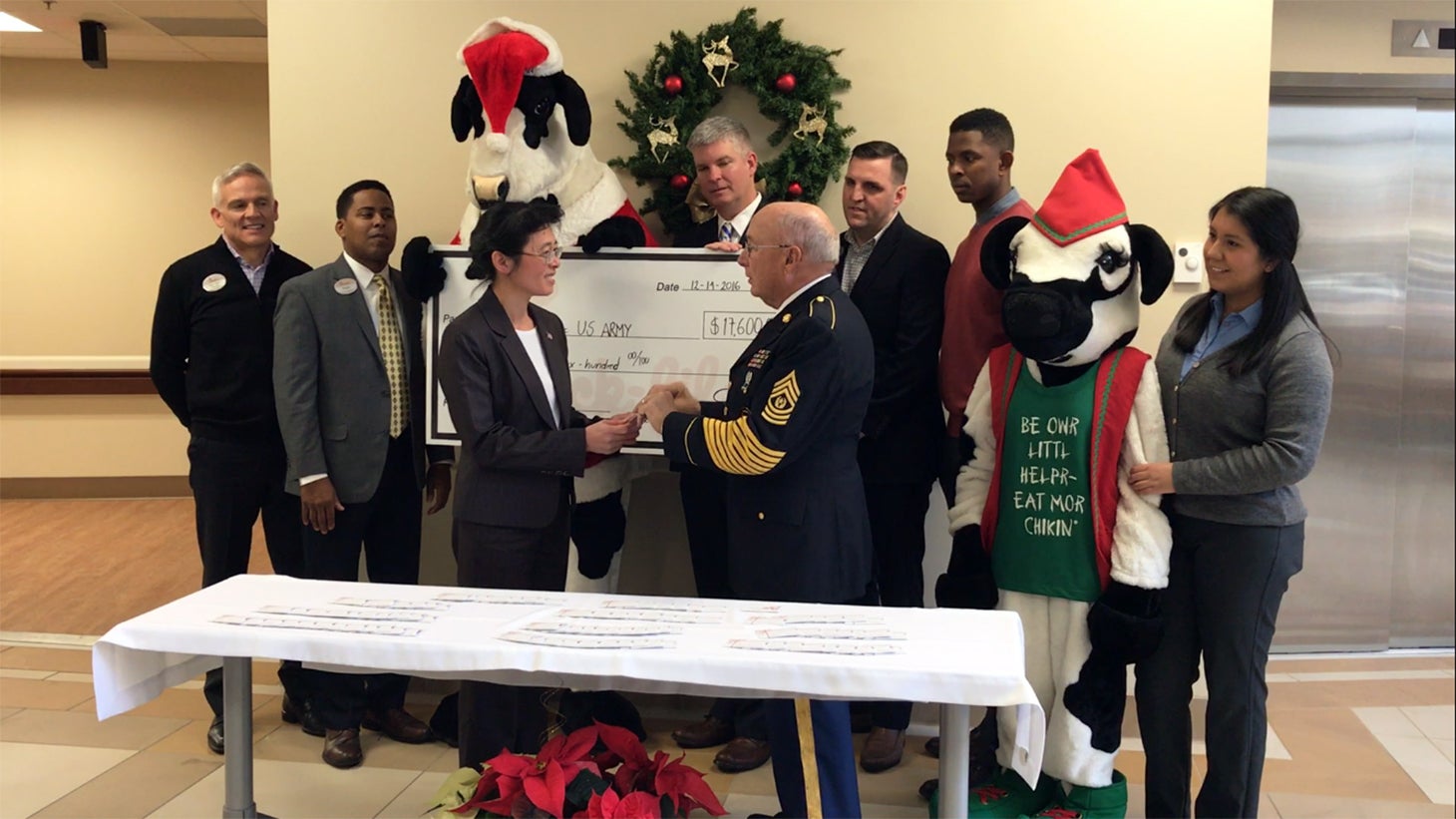 Local Chick-fil-A store owners donated a portion of their sales on Veterans Day to the Operation Christmas Cheer program that resulted in contribution of over $17,000 to this year’s program.

The $100 grocery gift cards are distributed by the VA hospital staffs to veterans from all branches of service and their families to assist with holiday shopping and groceries.

In addition to this donation, the Major Samuel Woodfill Chapter also donated $200 grocery gift cards to seven Army National Guard soldiers whose December drill was cancelled due to the continuing resolution being passed late in the evening before their scheduled drill weekend.

According to Matt Luther, chapter president, “This year’s Operation Christmas Cheer was a great success due to the efforts of the Chick-fil-A ownership team and the relationship that Walt has built with them over the years.

“It was also gratifying to have additional funds available, thanks to the generosity of a private donor, to assist local Army National Guard troops impacted around the holidays by the delay in the defense budget.”

Howard, still taking care of the troops 20 years after his retirement, said, “I’m just glad that our association (AUSA) can do this small thing around the holidays for the men and women who have given so much to our country. Next year, I think we can do better for them.”