We Can’t Get It Right When It Comes to Winning

We Can’t Get It Right When It Comes to Winning

The George W. Bush administration was wrong with its 2003 “Mission Accomplished” pronouncement regarding Iraq. The defeat of Saddam Hussein’s army, in fact, did not accomplish the mission. Rather, it changed the character of the war. Eight years later, President Barack Obama was wrong with his 2012 “the Iraq war is over” speech. Our return to Iraq proved it. And now, the Trump administration’s announcement that the Islamic State group is defeated, a claim that no empirically based analysis or intelligence agency can support, makes the U.S. 0-for-3 in correct strategic assessments.

What gives in the U.S. national security apparatus?

The question could be academic, except for the fact that the U.S. is involved in multiple active and sometimes inter-related conflicts. The clashes with Russia, China, Iran and North Korea have, so far, stayed below the threshold of war. Those against Salafi jihadis, however, have long crossed that threshold, with active fighting in Afghanistan, Iraq, Syria and other spots around the globe, to include Europe, Africa, throughout the Indo-Asian-Pacific and, growingly, in Central and South America. 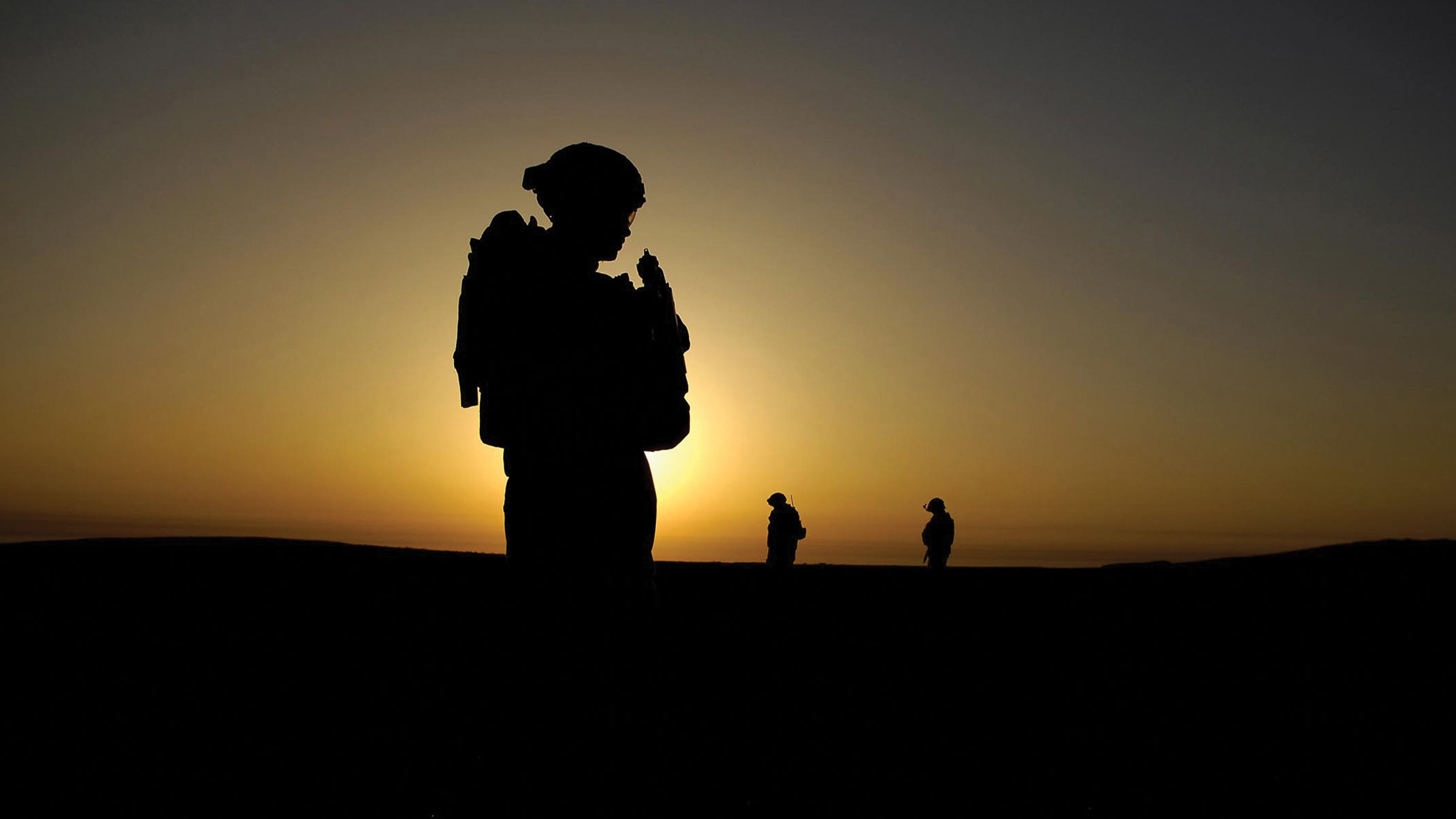 Given our poor strategic assessments, our enemies and competitors might be concluding that:

1. America has forgotten that war is a reciprocal activity. In public discourse about war, we often hear political and military leaders use the phrase, “The enemy has a vote.” So it would seem we do understand that war is a reciprocal activity. Such an understanding, however, seems to reside at the tactical level but not at the strategic level. We do seem to understand that in any tactical engagement, “the enemy has a vote,” so military leaders need to plan and execute operations to deny that vote—that means using weaponry and disposing forces in ways that deny the enemy the opportunity to interfere with accomplishing the tactical mission in question.

At the strategic level, however, an enemy has to acknowledge and accept defeat. Otherwise, the apparent success is just that: apparent. In Syria, for example, the U.S. seems to have defined “reduction of the Islamic State’s physical caliphate” with “defeat of the Islamic State.” The Islamic State certainly does not see it this way, nor did the Iraqi insurgents of 2003 or al-Qaida in Iraq in 2011.

2. America believes that when the fighting lulls, the war is over. By forgetting that war is a reciprocal activity, the U.S. has refused to accept that in a fighting lull, an enemy that doesn’t see itself as defeated uses the interval to regroup and decide how to change its tactics and strategies in the pursuit of its ultimate goals. This is exactly what happened in Afghanistan in 2002–04, in Iraq from 2003 to early 2004, and in Iraq again in 2010–13. It will also happen with the Islamic State group.

Wars have beginnings, middles and ends. A war ends when an enemy accepts defeat and there is a durable political solution in place. Fighting may get the U.S. to the end of the middle part of a war, but fighting alone will not end a war. Military forces are often very important in the ending of wars, but they play a part different from a war’s beginning or middle. At a war’s ending, military forces are commonly subordinate to the political, diplomatic, economic and informational organizations that helped build the durable political solution.

The United States’ capability to fight, our competitors and enemies have no doubt concluded, is well-developed, but the ability to coordinate fighting with other elements of national power—whether in the middle or the end of a war, and especially in other-than-conventional circumstances—is far less developed.

3. America equates destroying an enemy’s fighting force with the defeat of that enemy. Defeating an enemy requires success in two major tasks. First, military forces destroy the enemy’s capacity to fight. Second, military and nonmilitary forces prevent the enemy from reconstituting its fighting capacity—rebuilding its organization; securing funding, arms, ammunition, equipment and supplies; and finding a safe place to train. The ability to reconstitute ultimately impacts an enemy’s will to fight.

Accomplishing the first task is necessary but not sufficient. Destruction may cause a lull in the fighting, but it does not always end an enemy’s willingness to fight. Thus, the lull that follows destruction is likely to be only temporary unless the second task is also accomplished. Failure to accomplish the second task drags a war out longer than necessary. War becomes a perpetual “whack-a-mole” activity.

Neither destruction nor prevention needs to be absolute; these are relative terms. They are set by their relationship to the overall political aim of the war. For example, some uses of military force do not entail “defeat” in the destroy/prevent reconstitution sense. The First Gulf War provides a good example. The coalition’s aim in 1990–91 was not to defeat the Iraqis but merely to eject them from Kuwait and degrade their ability to return. The publicly stated U.S. political aims relative to the war against the Salafi jihadis, however, require both destroying their fighting capacity and preventing reconstitution. Otherwise, we set in motion the perpetual whack-a-mole machine.

4. America has difficulty setting achievable war aims, then aligning ways and means with those aims. Following the attacks of Sept. 11, 2001, the U.S.’ global war on terrorism aimed to defeat terrorists and the nations that support them. Translating this into military action necessitated a plan to destroy al-Qaida completely and occupy Afghanistan—which, in turn, required ejecting the Taliban and establishing a new government—in order to prevent al-Qaida’s reconstitution. Such an aim is far too absolute—especially from the enemy’s perspective, and their perspective matters, because the more absolute the objective, the more resolute they will be in resisting it.  The global war on terrorism has set in place a strategic imbalance: The U.S. has been willing to allocate only quite limited means to accomplish its near-absolute aim. Under these conditions, success will remain elusive and the war prolonged.

The invasion of Iraq in 2003 had a similarly expansive aim—regime replacement. Coupled with the policies of full de-Baathification and the disbanding of the Iraqi Army, the aim took on an absolute character. The U.S. and its coalition partners allocated sufficient military force for the destruction of Saddam’s army and thought that would be enough—forgetting that destruction, in cases like Iraq, had to be followed by preventing reconstitution, and that ending the war also included regime replacement, an action that itself requires significant military forces. For several years, the U.S. tried to simultaneously achieve expansive war aims while reducing the military means necessary to accomplish those aims. The Surge of 2007–08 reversed this trend, but the U.S. was unable to capitalize on that success because it believed the lull in fighting signaled the end of the war, forgetting that the “enemy has a vote.”

In Syria, the U.S. appears to have no war aim other than defeat of the Islamic State group, which is a military objective, not a political war aim. Attaining even this military objective, however, has proven problematic because we keep forgetting war is reciprocal and we keep confusing destruction with defeat.

The U.S. can adjust its expansive aims relative to the global war on terrorism, and, perhaps, secretly, it has. A more achievable set of aims, for example, could include preventing any Salafi jihadi group from acquiring the capacity to threaten the stability of a legitimate state. The objective of this more limited aim would be to reduce, not destroy, the enemy’s capacity to fight and include both transnational regimes that address reconstitution as well as an internationally recognized organization—new or existing—that lends legitimacy to the actions necessary to accomplish this aim. Yes, this is a tall order, but it’s shorter than what the U.S. is doing now.

Whether our competitors and enemies are drawing these conclusions, the way we have used force for the past 17 years certainly has provided enough grist for thinking along these lines. That’s not good, because these conclusions are interrelated: they sketch an outline of a significant U.S. strategic vulnerability. That is, except for the use of the destructive power of conventional military force—like the First Gulf War or the initial phases of Afghanistan and Iraq—the U.S. has a strategic weakness that can be taken advantage of. For whatever sets of reasons, under other-than-conventional conditions, the U.S. national security apparatus is less than fully capable of using military force in conjunction with nonmilitary elements—whether alone or as part of an alliance or coalition—in an orchestrated and sustained way to achieve strategic aims.

How could our near-peer competitors not take advantage of this weakness? An increased use of “gray zone” operations, which are part of a renewed global power competition, suggests that they already have. A rising China, a resurgent Russia, an aggressive Iran and an unstable North Korea have put at risk the peace and security of the post-World War II strategic order. And so has the apparent whack-a-mole approach to the Salafi jihadi threat.

There will be no return to the simplicity of a bipolar Cold War construct. Our seemingly perpetual war, combined with competitors who likely have concluded that U.S. capacity to use force effectively is weak in other-than-conventional settings, almost guarantees that whatever order is emerging will be less likely to provide international stability, secure American strategic interests and increase the probability of a flourishing U.S. economy.

What lessons should the U.S. learn? First, do not allow American conventional strength to erode, for doing so would increase the probability that the global power competition will cross the threshold of war. We are already working to ensure this. Second, identify and take the steps necessary to shore up an obvious strategic vulnerability. The world needs, and our strategic interest demands, a United States capable of winning more than one kind of war. We have lots more work to do.