100 Years After World War I: War to End All Wars Shaped Today’s Army

World War I did not make the world safe for democracy, as President Woodrow Wilson hoped when he asked Congress to declare war in 1917. As we now know, the war with Germany that started for the United States on April 6, 1917, did not end all wars. However, it made the U.S. a leading world power and created five important legacies that continue to shape our Army.

Among the war’s lasting legacies:

America went to war with the Army that it had in 1917 because Wilson wanted to demonstrate immediate commitment to the Allied coalition fighting the Central Powers, notably Germany and Austria-Hungary. After the United States declared war, delegations from the United Kingdom and France arrived in the U.S. as soon as ships could bring them, serving both as supplicants and advisers. Britain and France desperately needed help but as one British officer observed, the Americans were “quite unprepared.”

The U.S. Navy deployed vessels to Europe on April 24, 1917, but the French also asked for an American infantry division. Wilson agreed. Gen. John J. Pershing, selected by Wilson to command the American Expeditionary Forces (AEF), formed the 1st Expeditionary Division to carry out the mission using the 16th, 18th, 26th and 28th Infantry regiments along with the 5th, 6th and 7th Artillery regiments.

The first elements of what would later become the 1st Infantry Division were marching through Paris in less than three months, but it was not until May 1918 that the first American operation was mounted. This first offensive and the first victory for the Americans occurred at the village of Cantigny and involved the 1st Division, which was led by then-Maj. Gen. Robert L. Bullard, an 1885 graduate of the U.S. Military Academy who started the war as a colonel. The 1st Division, chosen as the first to fight on the Western Front because it had the most experience, engaged in fierce fighting and suffered more than 1,000 casualties to seize Cantigny and hold it against German counterattacks. The AEF went on to earn its laurels at Chateau-Thierry, Saint-Mihiel, Soissons and Meuse-Argonne.

American soldiers use a 37 mm gun during the Meuse-Argonne Offensive.
(Credit: U.S. Army)

The battle at Saint-Mihiel was the first major offensive undertaken by the AEF. Of that fight, historian B.H. Liddell Hart wrote: “The achievement was not merely a good augury but a vindication—especially for Pershing.” The Americans had proven themselves.

By Armistice Day, Nov. 11, 1918, the AEF was both larger and held more of the line than did the British. Mobilizing, training, equipping and deploying 2 million soldiers to France in 18 months remains a great achievement. To do this, the Army built organizations including divisions, corps and field armies. It fielded never-before-seen units such as squadrons of aircraft and battalions of machine guns. And it had help from Congress, which had authorized an increase in troop strength in 1916, established the Selective Service System in 1917, and organized state militias under an organization that eventually became the National Guard Bureau.

Without conscription, the Army could not have grown to the size needed for the war effort. Too few volunteers had signed up, so Wilson accepted the idea of a draft, something recommended by Baker, his secretary of war. The idea of what Wilson called “universal liability for service” was aimed at avoiding the easily corruptible and grossly unfair conscription of the Civil War during which the wealthy were able to avoid service by paying a substitute to take their place. Instead, mandatory registration and a prohibition on buying one’s way out of service enabled the country to raise an Army of 3.7 million men, according to sources including military historians Russell F. Weigley and Edward M. Coffman. 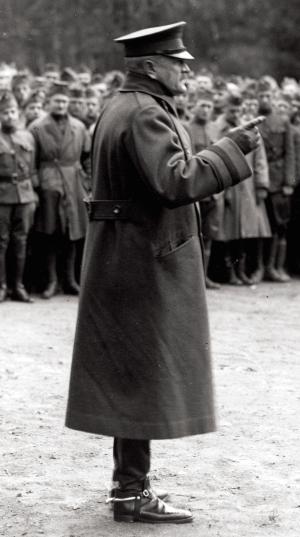 The Army was blessed with effective leadership during World War I. Baker remains among the very best to serve as either secretary of war or defense. Less than a week after the declaration of war, he overhauled the way the Army obtained supplies by bringing in able advisers from industry. During the course of the war, the General Staff and the War Department it served grew to produce organizations and systems that worked in World War I and, with further evolution, in World War II.

Neither the War Department nor the General Staff had recent experience with combat operations beyond the Spanish-American War and the limited incursion in Mexico. Only 19 officers served on the General Staff at the outset of the war, so the scale and scope of the task must have appeared daunting. Nevertheless, the General Staff grew, built on the institutions it had that worked, and changed those that did not. Those it could not immediately change eventually changed under pressure.

Baker recruited civilian experts to help the soldiers confront logistics at the scale they now faced. For example, Julius Rosenwald, the president of Sears, Roebuck & Co., headed the committee on supplies. Old War Department bureaus, which had held sway for decades, caved in. The chief of ordnance believed that at the start of the war, he should decide what weapons would be procured with little deference to the officers commanding the troops in the field. His successor, on the other hand, is widely quoted to have said, “If the fighting men want elephants, we get them elephants.”

Soldiers of the 42nd ‘Rainbow’ Division take advantage of a quiet moment in the front-line trenches to eat.
(Credit: U.S. Army)

In France, AEF staff built camps, developed transportation schemes, formed units and ultimately employed them. The War Department and the General Staff generated forces, while Pershing and his staff assumed the functions of what contemporary soldiers would understand as a theater and component command.

In 18 months, the U.S. Army inducted and trained nearly 4 million soldiers. To lead them, it commissioned and trained 182,000 officers, educating others to run battalion, regiment, division, corps and field operations. One officer-instructor spoke for a great many when he observed that he had to sit up all night with the manual in order to give the next day’s instruction. To some extent, the entire Army had to stay up all night to be ready for the next day—and for the most part, the troops were willing to do so.

The School of the Line and Staff College at Fort Leavenworth, Kan., had prepared prewar students such as future General of the Army George C. Marshall Jr. to be able to prepare and employ large formations in France. In America’s School for War: Fort Leavenworth, Officer Education and Victory in World War II, retired Lt. Col. Peter J. Schifferle argues that the effort of graduates in France sharpened the Army’s appreciation for professional military education.

Pershing supported an AEF staff school in France. Training for divisions began in the U.S. and continued on arrival in France, where it included field training supported by French and British advisers as well as acclimation in the trenches. The Army’s commitment to training and education during World War I became central during the interwar period, despite lacking money to do what it would have liked. With occasional lapses, this commitment remains a hallmark of the Army.

An early and essential step to waging war in France was deciding how to organize units. Pershing led this effort. By the summer of 1917, he and his staff developed a plan for structuring a force of 1 million men. His vision was breathtaking, asserting a force of about 1 million was the smallest necessary for a complete, balanced and independent fighting force. The design effort went through several iterations but in the end, Pershing and his staff developed formations similar to those fielded by the French and British but with distinctly American features. At more than 27,000 troops authorized, the standard American division was a much larger formation than those in the French and British armies.

The square division, as it was called, became the basic tactical module of employment in Pershing’s scheme. Square divisions organized with two brigades, each with two regiments. The regiments organized with three battalions, each based on three rifle companies. Only recently has the Army moved to smaller brigade combat teams rather than divisions as the basic module for deployment.

The leaders who learned by doing in France and the U.S. furthered their education during the interwar years. In World War I, then-Col. Douglas MacArthur served with distinction as a combat leader in the 42nd “Rainbow” Division. During the interwar years, he rose to the rank of full general and served as chief of staff of the Army in 1930. He was recalled from retirement to serve in World War II. 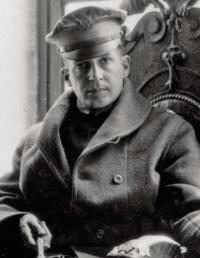 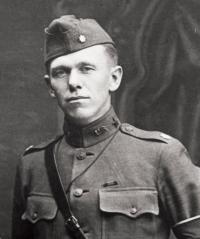 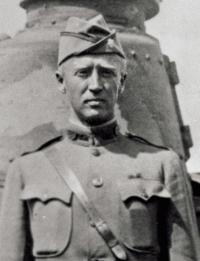 Marshall served on the staff in the 1st Division, First Army, and on Pershing’s staff in World War I. During the interwar period, he served as assistant commandant of the infantry school, where he influenced a great many of the senior combat leaders of World War II. He also served as Army chief of staff, and was one of the five five-star generals of the Army. He retired in 1947.

Another legendary World War II officer, Gen. George S. Patton Jr., was a captain at the start of the World War I. He rose to command the 1st Provisional Tank Brigade—known as the 304th Tank Brigade after November 1918—with a temporary promotion to major. Like many others, he reverted to lower rank after the war. Later he went to Leavenworth, where he learned how to command large formations and famously lent then-Maj. Dwight D. Eisenhower his notes.

Col. Gregory Fontenot, USA Ret., commanded a tank battalion in Operation Desert Storm and an armor brigade in Bosnia. A former director of the School of Advanced Military Studies and the University of Foreign Military and Cultural Studies, he is co-author of On Point: The United States Army in Operation Iraqi Freedom.