The Value of Broadening Assignments

The Value of Broadening Assignments

While there is a burgeoning body of literature examining the skills necessary for officer success in joint, interagency, intergovernmental and multinational environments, less has been written about the value of broadening experiences for performing in subsequent operational assignments within the Army at all echelons.

In our careers, broadening experiences outside the Army were ideal preparation for key developmental assignments at both company and field grade levels. Broadening is also about building better leaders within the Army, not solely about preparing officers to excel when dealing with those outside the Army, whether they be uniformed members of other services, civil servants, or representatives of other countries’ militaries and governments.

With the return of officer separation boards and lower promotion rates, many junior officers may view broadening opportunities as too risky to their careers, opting to pursue traditional developmental jobs in their basic branches within the Army. We argue that such views are shortsighted. Some of the best preparation for tough key developmental jobs in the Army can come from exposure to communities outside the service.

We offer the following 10 ways we were better prepared for key developmental jobs because of broadening experiences:

1. Asking good questions. Often the most important skill a leader can contribute to guiding subordinates is asking the right questions to generate the understanding of a problem or task before solving or accomplishing it. Broadening experiences, more than prior operational assignments, expose Army leaders to communities, such as civilian academia, that spend as much time formulating questions as answering them.

2. Being comfortable not knowing everything. While the commander of a theater military intelligence company may not perfectly understand the nuances of all 12 intelligence MOSs within the company, even the purest rifle company contains more than 10 individual MOSs and relies on the support of countless others. Furthermore, the past several years of war have demonstrated that during overseas deployments, few units operate without “enablers” from joint, interagency, intergovernmental and multinational entities.

The gap in training and expertise among leaders, their subordinates and their partners will only grow wider as the world grows increasingly complex. Proper broadening offers experiences wherein leaders learn to work without much training or knowledge of their environment—whether in a foreign country or a commercial company—gaining a level of comfort with “not knowing” that can serve them well when charged with leading diverse formations.

3. Emphasizing empirical evidence over anecdotes. Leaders must always guard against well-intentioned teammates and subordinates who offer compelling, often passionate anecdotes as evidence to support the adoption of a particular course of action. Leaders are especially vulnerable during transitions, when subordinates may be tempted to seek a quick decision from the new person at the helm. At the same time, even cohesive and established teams must be wary of pitfalls. 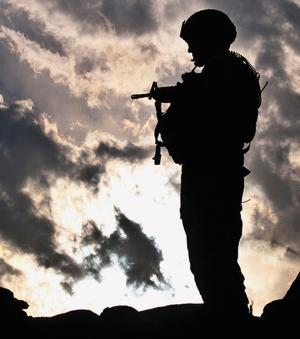 Implicit trust in our teammates that has been forged over time should not preclude establishing a culture that values the gathering of empirical observations to support decisionmaking. Our graduate education in the social sciences not only reinforced the general value of skepticism, but also instilled in us a persistent need to back up assertions with empirical data—and to expect the same from those with whom we serve.

4. Receiving candid feedback. While the Army has taken steps to incorporate 360-degree assessments into leader-development efforts, it has long faced criticism for an inflated evaluation system. We contend that the most candid, critical, substantive feedback the three of us have received was in graduate school, not the Army. In fact, during one of the authors’ graduate studies, a professor admitted he had to abandon peer assessments for group projects in classes that had concentrations of Army officers, because the Army officers rated their peers—often, other Army officers—as excellent, with little to no room for improvement. Broadening experiences that truly assess performance and then help guide individuals forward are evocative of learning organizations that place a high premium on continuous assessment.

5. Seeking a diversity of viewpoints. While the need for good order and discipline necessitates a healthy degree of deference to those in positions of authority, there is a danger of such top-down thinking resulting in groupthink and confirmation bias. The Army ethos does not instill the impulse to seek input from subordinates in as holistic a way as do the less hierarchical contexts of certain broadening assignments, such as those in civilian academia or joint, interagency, intergovernmental and multinational positions.

6. Valuing consensus building. While leaders in Army units have authority by virtue of their rank and position, the truth is that it is easier to lead soldiers who understand and believe in their assigned mission. And soldiers are more likely to buy in to an organizational vision if they feel their voices are heard. Even within purely Army contexts, mission success often depends on coordination with organizations outside a given unit and well-defined lines of authority. Broadening assignments outside the military may offer valuable perspective on how consensus building can lead to effective action outside defined chains of authority.

7. Expanding sources of authority. By virtue of our positions, each of us exercised considerable authority over hundreds of soldiers. Yet we also recognized that having to invoke positional authority to compel others to do something was probably a last resort. Deference to authority and respect for the chain of command are absolute necessities in the Army, but our most significant accomplishments were often realized through creative, collaborative endeavors. Broadening experiences that offer immersion in the corporate world or graduate degrees in business offer Army leaders unique insights into leading organizational change.

8. Appreciating process as much as outcome. The Army uses the military decisionmaking process (MDMP) as its primary decisionmaking framework. MDMP is a useful, time-tested and effective tool for leading units at various echelons, but it is not alone in the world as a decisionmaking framework. When Army officers serve outside of the Army, whether as students in civilian graduate schools or “embeds” in other departments of government, they are exposed to alternate decisionmaking and management processes. That contrast itself is an education to Army leaders. It makes more apparent MDMP’s strengths and weaknesses, and equips leaders to account for those characteristics in leading their own units through MDMP.

9. Strengthening ties beyond the Army. Whether in garrison or deployed, tactical and operational Army units are more successful when they leverage the capabilities of organizations beyond the Army. Particularly in an era of declining budgets, leaders with contacts beyond the Army can create garrison developmental opportunities for soldiers within their formations, including cultural awareness training with subject-matter experts or sharing broadening experiences in leader professional development contexts. Likewise, while deployed, having an understanding of the organizational culture of other government agencies or nongovernmental organizations can go a long way in minimizing miscommunication.

10. Communicating more broadly. In facing modern security challenges, the U.S. Army rarely deploys alone. Almost always deployed with joint forces, the Army often deploys with partner-nation militaries, the support of other U.S. and partner-nation government agencies, or partners with international and nongovernmental organizations as a key component of accomplishing the mission. Additionally, when facing hybrid or insurgent threats, military leaders often must be able to communicate with local populations and their leaders.

The ability to communicate effectively with this broad array of audiences is often vital to mission accomplishment. This ability can be taught to a degree, but it is often learned best through experience and practice. Broadening experiences out of uniform, embedded in foreign countries or with other government agencies offer a directly applicable opportunity for leaders to develop such skills.

The general direction of the Army regarding the importance of broadening is one we fully support. We must not, however, allow bureaucratic incentives to label every non-key developmental billet as broadening to dilute the intent of the Army’s initiative into something so broad as to be devoid of meaning.

The 2012 version, the most recent, of Army Doctrine Reference Publication (ADRP) 6-22: Army Leadership is closer to the spirit of a narrower definition of broadening, defining it as an opportunity that provides “exposure outside the leader’s branch or functional area competencies” and “allows development of a wider range of knowledge and skills” or “increases cross-cultural exposure and expands awareness of other governmental agencies, organizations or environments.”

In line with ADRP 6-22, we argue for a narrower definition of broadening and that assignments should meet at least two important criteria to truly be considered broadening. First, such an assignment should foster an environment that puts officers outside their comfort zone, where they cannot solely leverage their own past experiences in the Army in order to excel and where they are exposed to different organizational cultures and dynamics.

This is best, and perhaps only, achieved when the officer becomes a minority in an organization. Serving as an exchange officer in the British Army or as an interagency fellow at the U.S. Agency for International Development are great examples. This caveat naturally rules out most Army assignments. Army assignments in the functional and institutional realms currently labeled as broadening should probably instead be designated as developmental in nature.

Second, the assignment should help cultivate an officer’s critical thinking skills. Broadening opportunities should challenge officers to examine their previously held assumptions and instill in them the value of self-reflection. Attending graduate school full time, preferably not in classrooms entirely full of other military officers, is one obvious example but not the only one. Fellowships and serving as speechwriters, faculty members or on a Commander’s Initiatives Group at the Joint Staff or at a combatant command also stand out as superb broadening opportunities that nourish critical and creative thinking.