For decades, lieutenants have come to their units following institutional training and been placed immediately in leadership positions without certification or additional technical training. But in the 21st century, with a return to peer competition through large-scale combat operations across all domains, it’s time to examine how we formally certify lieutenants to lead platoons.

It’s time to treat lieutenants like the Navy treats surface warfare officers and the Army treats its junior NCOs: with formal certifications, more institutional training and promotion at the local level by oral board once the chain of command feels the time is appropriate.

Currently, an Army officer is promoted to first lieutenant automatically 18 months after commissioning, and to captain automatically after 48 months, no matter where they’ve progressed in their training. Thus, if an officer is commissioned, spends six months on recruiting duty with ROTC, then attends flight school or another long Basic Officer Leader Course (BOLC), they potentially could become a first lieutenant before ever reaching their unit. Additionally, they could finish all their lieutenant time and end up at the Captains Career Course without ever serving in a staff position.

While both of these outcomes are great for a lieutenant, they are not in the best interests of the Army.

Instead, the Army should take advantage of the existing rank structure and reserve “2nd Lt.” as a rank to denote an officer still in training status, before they’ve become a platoon leader or whatever the key development position is for a lieutenant in their branch.

Thus, the time an officer is a second lieutenant would be relegated to increased attendance at U.S. Army Training and Doctrine Command schools, building technical knowledge, and attending postwide troop schools to certify them to do any and every job the Army typically asks of a lieutenant: unit movement officer, hazardous materials certification, etc. Following BOLC and all the other institutional training that every lieutenant should get (airborne, air assault, vehicle-specific leader courses, Ranger, etc.), they would report to their duty station. From there, they would begin attending every troop school imaginable—Command Post Computing Environment, Joint Battle Command-Platform, Unit Movement Officer, etc.—while also serving as assistant battalion staff officer to learn additional skills.

Sitting for the Board

Then, about 12–18 months after their commissioning date, they would sit before a board and receive an intense oral evaluation to determine if they are ready to become a first lieutenant and occupy that key development position. 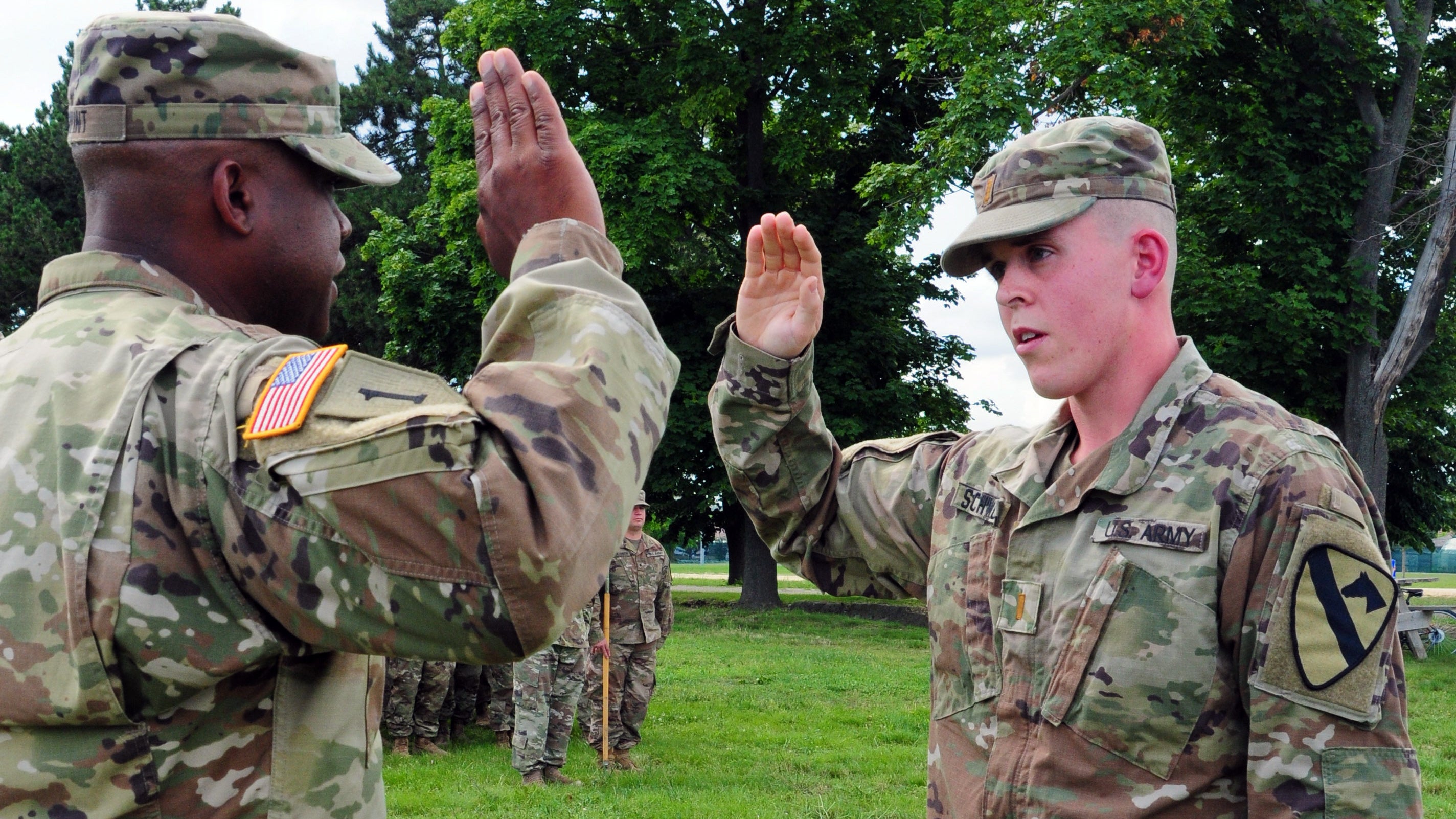 This way, each board is composed of an equal number of commissioned and noncommissioned officers and has subject-matter experts. Upon completion of the examination, the board would vote on promotion to first lieutenant. A tie would mean the lieutenant must repeat specific questions for the board that day.

If a lieutenant fails the board, they could attend again, monthly, until 30 months of commissioned service. If the officer doesn’t pass the board after 30 months, they would remain a second lieutenant for the duration of their service commitment. This ensures that anyone promoted to first lieutenant would have 18 months to serve in that rank before promotion to captain.

Therefore, every Army officer promoted to first lieutenant would have the opportunity to have a full year of platoon leader time, and at least six months of time with a specialty platoon or as executive officer.

Many will argue that this is a lengthy process, and unnecessary. But let’s step back and look at the new assessment processes for selecting battalion and brigade commanders. We should also consider that during the height of Operation Iraqi Freedom, the Army found time to send new lieutenants to Basic Officer Leader Course II prior to their branch-specific BOLC courses. While we are still at war, we are not at war to the scale we were in 2002, 2006 or 2010.

Now is the time to build technical proficiency through a deliberate training cycle and nest how we select platoon leaders with how we select battalion and brigade commanders.

Some critics would argue that we already have leader development programs at the battalion level. As a former battalion operations officer, I can attest that while we had a program, and we had good intentions, the lack of a forcing function inhibited motivation. Lieutenants have no motivation to develop, nor do battalion commanders have any incentive to develop their officers. If we tied promotion to first lieutenant to self-development, and tied a battalion’s fill of platoon leaders to their ability to produce certified leaders, the paradigm would change dramatically.

Others may insist that we simply have too many platoon-sized elements and jobs that require lieutenants for this proposal to work. They may think we would be disqualifying half the lieutenant population from working. Lieutenants would still work in battalions doing the same things they’ve always done: leading platoons, planning Hail and Farewells, and flipping slides at the quarterly training brief.

Now, however, instead of first lieutenants, it would be brand-new second lieutenants doing these things while the first lieutenants serve as platoon leaders and executive officers. They would then transition straight into the Captains Career Course with their tactical experience fresh in their mind.

If a sergeant with a 300 Army Physical Fitness Test score can’t become a staff sergeant until they pass a knowledge board, why should a lieutenant with that same 300 score get a platoon without similarly demonstrating their knowledge?