Some believe lethal, autonomous weapons may prove to be the third revolution in warfare. The Navy has ships, the Air Force has planes and soon, the Army will not only have soldiers, but also numerous unmanned systems and robotic devices in its ranks.

The introduction of hundreds of thousands of these platforms onto the battlefield will require the Army to consider what new strengths and vulnerabilities these systems deliver to ground forces. It will also demand that the institutions that grow, train and resource these forces reimagine a future that may depend on them. A good place to start is an analysis of their impact on combat power.

The Army Capabilities Integration Center (ARCIC) in 2017 published “The U.S. Army Robotic and Autonomous Systems Strategy,” which outlined a series of near-term and long-term objectives for the use of these platforms. The report argued that integrating these technologies would ensure an overmatch against future adversaries and increase military effectiveness. It found compelling evidence that using robotics and autonomous systems could increase situational awareness, lighten soldiers’ loads, improve sustainment capabilities, facilitate maneuver and boost force protection.

The totality of these improvements equates to increased combat power.

The military term “combat power” is used by those inclined to calculate the odds of victory in battle. Commanders want to know if their Army is stronger than their opponent’s before they put it at risk. Do they have more soldiers, with bigger guns, with greater range than their adversary at a given time?

If they do, they have more combat power, and thus are more likely to win a given battle or engagement. Unlike combat potential—the ideal measure of how much devastation a given force can deliver whenever soldiers are healthy, every weapon has been cleaned, and the skies are sunny and clear—combat power is what a commander is left with after his or her Army has marched hundreds of miles on short rations in the middle of winter.

What military theorists such as Carl von Clausewitz and Antoine-Henri Jomini knew, but understated, was that combat power also depends on the maturity of the force, the cohesiveness that comes from months and years of shared military experiences, and the wisdom and grit gained from enduring hardships together. Many tales from World War II, whether set in North Africa or Guadalcanal in the Pacific, serve as cautionary tales of the frailty of human ground forces and the challenges associated with maturing them into seasoned veterans.

What does the difference between a seasoned and unseasoned force have to do with questions regarding use of unmanned systems and robotic systems? Nearly everything. For this, beyond all other reasoning, will unlock novel concepts in warfare never thought possible. It will enable future human-machine integrated forces to deploy ready-made veterans, mass effects with decisive results and increase lethality against adversaries while simultaneously limiting errant destruction.

Unlike their human counterparts, robotic and autonomous systems do not need weeks and months training together to become effective fighting forces. More than ever, they simply need a software update.

In the past decade, much of mankind’s technology has become increasingly “software defined,” meaning novel uses of the underlying hardware can be rapidly adjusted through manipulation to its software brains. Smartphones are a great example of this. Apple, Sony and other manufacturers load these devices with a dozen or so sensors and then let app developers determine how best to use them.

When a piece of hardware’s performance is enhanced by simply tweaking its software, the speed of innovation and retooling of its capabilities accelerates. The only limiting factor has been how fast software can be improved. The development of machine learning, with the ability to improve itself recursively, is dramatically altering this time horizon.

Take, for example, the startling achievements of Google’s DeepMind team. In the past three years, their DeepMind artificial intelligence system AlphaGo demonstrated that it could master the most intuitive strategy games. It crushed the world’s best human Go player using creative new approaches to which humans are still marveling.

AlphaGo did this after studying and learning from hundreds of thousands of previously played games. Recently, however, the latest instantiation of this system simply played against itself and recursively learned from these experiences—for four hours—before dominating previous versions of itself.

Extrapolating the accomplishments of Google’s DeepMind should guide military strategists designing future forces. Not long from now, ground combat forces may be able to battle-harden their unmanned systems through innumerable virtual engagements against other simulated competitors, or even themselves.

Likewise, as these systems engage in combat, they will be capable of learning from their results and updating their decision-making in near-real time due to the software-defined natures of the hardware they control.

Given what the DeepMind team achieved, the challenging question for Army leaders is how willing they will be to rely upon the counsel and directives of artificial intelligence systems before and during combat. 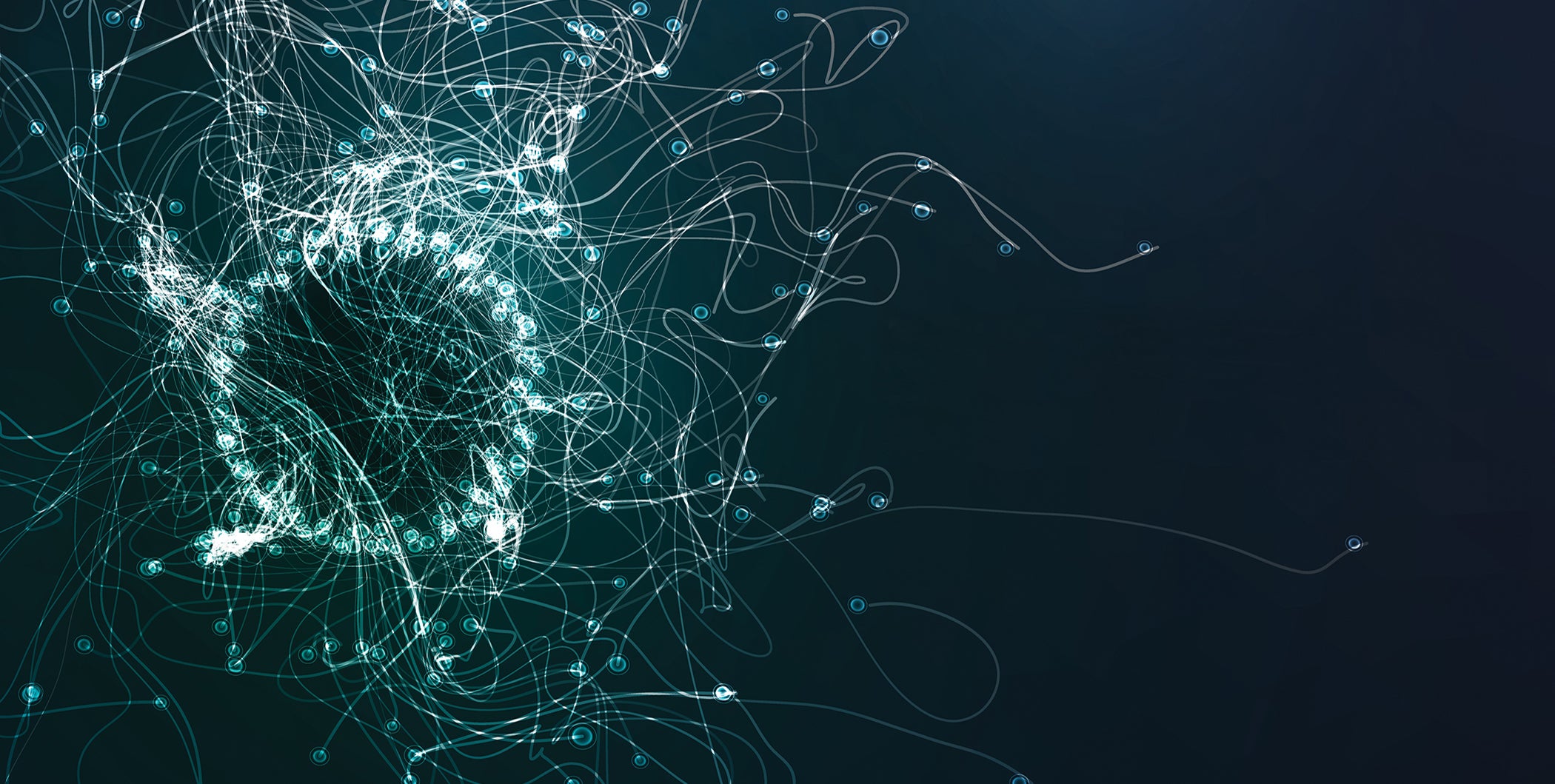 The Army is mandated to organize, train and equip itself for prompt and sustained combat operations on land. Its core competencies include combined arms maneuver and wide area security.

A central challenge the Army faces in executing these core competencies is balancing the workforce requirements and designing the right force structure to optimally accomplish these missions. Having a 100 million-soldier Army would allow the Army to saturate any area of operations with ground forces—but that is not feasible.

Furthermore, given the policy trends to limit costs and squeeze every ounce of combat effectiveness out of all military forces, it is highly unlikely that the Army will see dramatic changes in personnel strength (precluding a total war scenario).

Just as robotic and autonomous systems will enable ready-made veterans, they will also allow the Army to do more with less.

As noted earlier, ARCIC found that the use of robotic and autonomous systems could improve large-area situational awareness through the continuous deployment of unmanned systems and sensors. Researchers such as Milind Tambe of the University of Southern California are developing machine-learning tools to find optimal ways to design guard patrols. Security experts have employed these systems at airports, harbors and even in African savannas to limit poaching.

Future Army ground forces will also find it easier to conduct movement and maneuver using this improved situational awareness for a handful of reasons. First, unmanned combat vehicles and robotic systems will provide improved access to dangerous areas, limiting exposure to soldiers. These systems can drive, fly and walk over terrain perilous to humans.

Second, units will be able to rapidly assemble, disassemble and configure new fighting formations nearly instantaneously because they can be commanded and controlled through software-defined means.

A challenge is that despite Army ground forces sharing core doctrine and standard operating procedures, taking soldiers from one unit and adding them to another often requires a period to integrate them into the chain of command and build shared trust. Unmanned platforms will not require this.

Finally, the overall endurance of unmanned systems will offer compelling new means to sustain maneuver forces leading to increased tempo and reducing risk to early culmination. These factors combined imply that future Army forces will be able to cover more ground, with fewer forces, and when called upon, still be able to mass at decisive points.

Some see the use of autonomous systems in combat as the deployment of killer robots. Instead, one could argue they have greater potential to limit undue loss and suffering, both through the potential increase of conflict resolution through optimally planned and executed destruction—but also through their ability to decrease the loss of civilian lives. The ability of robotics and unmanned systems to provide improved target discrimination, risk analysis and collateral damage mitigation increases their value for Army ground forces.

Sebastian Thrun, a leading researcher and a pioneer in the field of self-driving cars, lost a close friend in a car accident as a child. In 2016, 37,461 people lost their lives in traffic accidents in the U.S. This statistic is shocking. Thrun and many others believe the use of autonomous systems can drive down risks caused by human error.

Thrun has devoted his professional career to decreasing such fatalities by replacing error-prone human drivers with automated systems. Justice, as it relates to automobile fatalities, is resolved either in criminal or civil courts. Justice related to loss of civilian lives in combat is determined more frequently in the court of public opinion.

In combat, more than any other environment, the likelihood of human error remains high. In times of crisis and danger, human fight or flight responses set in and the preservation of one’s life and the lives of fellow soldiers becomes paramount. Numerous accounts of U.S.-inflicted damages harm public perception of American interests and the competence and character of military personnel. Therefore, it is critical the Army consider how applying autonomous systems may save civilian lives.

Just as no car company wants to see its brand’s name splashed across headlines as the cause for the accidental loss of human life, no defense industry company wants to have its new military technology associated with the accidental loss of civilians. If the Army truly sees value in the application of robotics and unmanned systems, it should partner with the defense industry to assure these safeguards.

This effort would provide a strong counterargument to those who fear the use of these systems in combat and demonstrate the Army’s commitment to limiting harm to civilians during combat operations.

As the Army considers the objectives outlined by ARCIC in 2017 and looks to integrate robotics and unmanned systems into future ground forces, it must begin considering where to make strategic investments. Force structures must be re-evaluated. Procurement and development must demand an incredible level of standardization and interoperability that previous programs undervalued. It must also reimagine training for these future forces—not simply for soldiers, but also the machines that may become their teammates.

As the Army considers each of these elements, it should not forget its roots. Even if soldiers are teamed with robotics and unmanned systems, they are not just what the Army has; they are what it is.