It is fitting that a Georgia school originally located in a former U.S. Mint in a town that experienced one of America’s first gold rushes is trying to capture a different kind of treasure.

While embracing its golden past, the University of North Georgia in Dahlonega is creating a different sort of enrichment by expanding its year-old Institute for Leadership and Strategic Studies into more than just a place that shapes future Army officers. It wants to mold leaders for intelligence, cyberwarfare and global engagement as part of a wide expansion into national security topics.

Dahlonega was on the nation’s map after the discovery of gold in 1828—two decades before the California gold rush—led to waves of miners arriving with dreams of securing their future. A university often overshadowed by bigger-name military institutions such as The Citadel, S.C., and the Virginia Military Institute is hoping to be in the nation’s spotlight again as a promising destination for future generations of ROTC cadets.

It is an ambitious goal, but the university is already ranked among the top 25 universities in the South and the top five public universities in the state, and North Georgia leaders see the opportunity for graduates to contribute to national security in the Army, government or business. 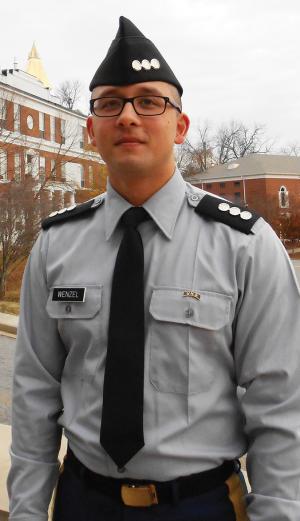 “We want our cadets to be highly successful in whatever they do in national security,” said retired Army Lt. Col. Keith P. Antonia, associate vice president for military programs at the Institute for Leadership and Strategic Studies (ILSS).

Formation of the institute in 2015 was a natural development of efforts to improve the university, said retired Army Col. Billy Wells, the University of North Georgia’s senior vice president for leadership and global engagement. Under federal law, North Georgia is one of the nation’s senior military colleges, he said, and the Board of Regents of the University System of Georgia, which oversees public colleges and universities, has designated the institution to be The Military College of Georgia.

“The university strategic plan called for examining the feasibility of new organizational structures that support academic excellence and innovation,” Wells said. “The idea of the ILSS arose from that planning process and was implemented to fully synchronize all systems to accomplish the military mission.”

Wells is pleased with the results. “After a year of mission-based functional realignment, recruiting, academic performance, cadet internships, study abroad, and selection for nationally competitive scholarships have all set new records, well above the norm for the university as a whole,” he said. “Additionally, performance of North Georgia cadets at the Cadet Leaders Course—always outstanding—has set new records with 32 percent of our cadets ranked in the top 15 percent of the nation.”

The university has produced 51 general and flag officers, and its cadet alumni include college presidents, politicians, writers and CEOs. Seventy-five percent of graduating cadets become commissioned officers, and many cadets are members of the Georgia Army National Guard while they attend the university. “We are kind of like the West Point for the Georgia National Guard,” Antonia said.

For example, Captain of Cadets Bryton Wenzel is a National Guard plumber and a nursing major working on a five-year degree. A sergeant in the Guard, the native of Killeen, Texas, picked his military specialty partly on the availability of an enlistment bonus.

The U.S. Mint, which made gold coins from 1838 until it was seized by Confederates in 1861 at the start of the Civil War, was the administrative and academic building for North Georgia Agricultural College when it was founded in 1873. The building was destroyed in an 1878 fire, with most of its donated textbooks saved when they were tossed out the windows by students trying to save as much as they could of their school. A new facility, still in use today, was built on the mint’s foundation, an act that was an early demonstration of the innovation and drive that are still visible today.

Like at other land-grant institutions created by the Morrill Act of 1862, military training was part of college life. The university has come a long way from the Civil War muskets used in the beginning.

The college had a small cadet corps, led by a junior officer, before Congress created the Reserve Officers’ Training Corps. While Norwich University in Northfield, Vt., is the nation’s oldest senior military college and was the first to have ROTC, North Georgia University has the distinction of having the oldest Army-only ROTC program. It was also the first senior military college to accept women into the Corps of Cadets.

Its ROTC program is now much bigger, and so is the university. The university has five campuses for its colleges of health, business, education, science and mathematics. There also is an institute of environmental and spatial analysis.

The Corps of Cadets for the Boar’s Head Brigade had 775 students in 2016, with the number expected to increase to 850 this year in support of the Army’s mission to increase the number of newly commissioned officers. Women make up about 17 percent of the corps, and minorities make up about 24 percent. The program has exceeded its goal for women, and has a goal of achieving 27 percent ethnic minorities in the corps by 2019.

The GPA for students averaged 3.17 last year, with 62 cadets earning 4.0 during the fall semester.

A prime example of what University of North Georgia graduates can achieve can be seen in the accomplishments of 2nd Lt. William Putt, who graduated in December with three undergraduate degrees—history, international affairs and Arabic—achieved during studies that included living in Italy, Oman, Romania and Poland. “Graduation was pure bliss,” he told the Forsyth County News in an interview published in December. In that interview, he said he wanted to be an Army officer since he was 7 years old.

His experience isn’t that unusual for University of North Georgia cadets in the new era of strategic education. Fifteen cadets were part of the institution’s three-week cultural programs last summer, and efforts are underway to expand educational partnerships with internships, military exchanges and study abroad programs, Wells said. The university is helping create a similar program for the U.S. Army Cadet Command, which oversees the eight ROTC brigades.

“We have a pretty unique product,” Wells said. In addition to degrees in military science, history, international affairs and cyber security, the school will be adding a degree in intelligence next year, expanding global partnerships, and expanding a Center for Cyber Operations Education that will include focusing on cyber defense, mathematics, strategic languages and leadership. “We have been making a lot of headway in cyber,” Wells said.

In some ways, the cadets’ lifestyle is comparable to that of their peers at the U.S. Military Academy. They attend classes in uniform, live in dormitories much like barracks, and have physical training anywhere from three to five days a week. But there are some differences. Jesse Henderson, the cadet command sergeant major, said one of the big differences is that “you still have a civilian life” after hours.

Some military schools have a reputation as being a place for troubled youth who are just a few steps ahead of the law, but the University of North Georgia isn’t one of those places and doesn’t want to become one. “We are not looking for young men and women who need discipline,” Antonia said. “We want people who want to be Army officers.”

Confederate veterans didn’t pay the $10 per term tuition when North Georgia first opened. That is a tradition the university is trying to continue. The majority of cadets receive financial assistance to attend the university, the result of a policy that ROTC students pay in-state tuition even if they are not Georgia residents, and also because of $10 million spent on scholarships and grants.

Among the university’s many ambitious goals is to raise $93 million through an initiative called Georgia Gold-American Treasure to aid in attracting and retaining the best students. The university is hunting for a major donor who might contribute $5 million to $10 million to get the fundraising rolling. 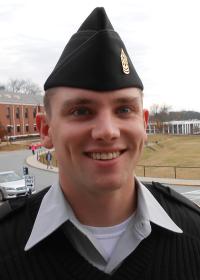 “Cadets are in a special category with regard to tuition,” Wells said. “While the university can provide an out-of-state waiver for up to 2 percent of the institution’s total enrollment, all out-of-state cadets, including international cadets, are authorized an out-of-state waiver, making North Georgia an exceptional value, especially to military families.”

Cadets live in dorms that are much like barracks.
(Credit: University of North Georgia)

The university would like to do more, Wells said. “The military program at the University of North Georgia is intense. Cadets have limited time for programs like work-study during the semester, and summers are usually taken up by professional military education opportunities, study abroad, language immersion or international internships.

“Our goal is to ensure that every cadet has adequate fiscal resources to maximize their professional education opportunities in and out of the classroom without financial concerns,” Wells said. “We seek to eliminate any economic filter to opportunity for the talent we recruit. A significant part of that effort is fund-raising for scholarships for those who need them.”