So Our Grandchildren Don’t Have to Fight

So Our Grandchildren Don’t Have to Fight

Few doubt that we are failing in our post-9/11 wars. We have accomplished neither the strategic objectives set forth by the George W. Bush administration nor those of the Obama administration. Both had notable successes and achieved periodic tactical and operational progress, but no sustained strategic success.

Now the contenders for the presidency offer two visions. One is composed of more of the same, with the expectation of a different outcome. The other suggests we can defeat a revolutionary movement with military force alone, an approach that led the British to failure from 1776 to 1781. To put it mildly, both of these visions miss the mark.

How do we reset our thinking? We must first admit we have not understood the kind of war we’re in; that we’ve tried to make it something it is not and in the process, we have been at war for 15 years and have little to show for it. Then we must read our enemy’s documents and actions for what they are. From the start, al-Qaida, the Islamic State of Iraq and Syria and their ilk have waged a global revolutionary—and therefore, ideological—war, a form of insurgency that is initially local and regional but has global implications.

We have waged, with few exceptions, a counterterrorist war. Our first approach was expansive: going after the terrorists and the states that sponsored them. Our second approach, the one we’re still using, is minimalist and gradualist: a combination of precise targeting of key individuals and selected groups coupled with reliance on surrogate ground forces. Neither works because both approaches miscast the enemy. We are waging one kind of war; our enemies are waging another. As long as we stay in this mode, our failure is near-guaranteed.

Waging a counterrevolutionary war is complicated and difficult, but this is the task before us. We are not conceptually or organizationally prepared to wage the kind of war we’re in. To move to a better strategic position, we must first create, and then use, a real alliance.

In both the maximalist and minimalist approaches, we’ve treated coalition partners as if they were members of a posse with the U.S. as the sheriff. We called the shots; they could join or not. Perhaps this approach made sense in the immediate period following the Sept. 11 terrorist attacks, but the strategic landscape has changed dramatically. Then, it appeared that only the U.S. was under attack. Now, it’s clear: The nations of Europe are also under attack, as are many in the Greater Middle East and as some will be in Southeast Asia Pacific. The U.S. must lead, but it cannot be the sheriff. The problem begs a true alliance.

Forming such an alliance will be difficult, but not impossible. Everyone would like a large tent in which all participate. To actually function, however, the core alliance will have to be smaller, with only those nations willing and able to commit to six actions. The initial alliance may contain only some of the NATO members: Turkey, which is key; a few of the Middle East and North Africa states; and select nations of the Asia-Pacific.

Over time, as the alliance succeeds, it will grow. Success, however, requires at least the following actions:

Some might believe that these kinds of changes are impossible. They will be hard, that’s for sure, but these changes can be made incrementally. Committing to change and starting to change is what’s important. Further, absent this commitment, real progress in the war we’re in will remain elusive. One need only read Ken Pollack’s A Path Out of the Desert to see the essential connection between success in the war we’re in and a reform agenda.

It’s already too late for Syria. It has collapsed. There’s no resurrecting the Bashar al-Assad government, and no allowing a radical, jihadi revolutionary group to take over. So Syria becomes a special case, an important and hard nut to crack. This special case, however, should not be an obstacle to actions and progress in other areas. In fact, reducing the already present threat, improving legitimacy in other states—within and bordering on the alliance—and closing the commons will all contribute to creating an environment in Syria from which a potential solution may emerge.

Creating a real alliance that is able to take these six civil-military actions, and others, is a tall order. Sustaining it over time is harder still, but what’s the alternative? Strategic leadership is about getting the right people together to understand the problem at hand, setting in place and sustaining the right processes to act and adapt, and maintaining the focus through to success. This is what waging war, rather than just fighting it, is all about. 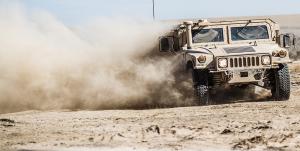 The revolutionaries waging war against us aren’t going away; the problem isn’t going to solve itself. The solutions of the past have not worked, and those now on the table show little promise. More of the same will merely get us to where we already are. Applying a solely military solution absent a broader strategic context won’t work, either. Both merely guarantee that those who are 4, 5 or 6 years old will be fighting the war we could not end—like those who were 4, 5 and 6 at the time of 9/11 are doing now. It’s time to adopt an approach that fits the kind of war we’re in.