Serving the Empire: Soldiers Deserve to Know How Deployments Support the Constitution

Serving the Empire: Soldiers Deserve to Know How Deployments Support the Constitution

Although we don’t like to admit this obvious point, the United States is a military empire. The U.S. does not claim ownership of foreign territories to the extent that Rome and Great Britain once did, but it does maintain a dominant worldwide military presence. At any given time, the U.S. Army has approximately 180,000 soldiers deployed to over 140 countries.

America’s enduring military operations in other countries create significant moral questions for its military professionals. To what extent should leaders risk their own soldiers’ lives to protect the lives of foreign civilians? Should it matter whether those civilians support or oppose the U.S. Army’s mission in their country? Should soldiers employ violence on behalf of a foreign government that disregards some rights of its own people?

The legal answers to those questions are straightforward. Soldiers should give due care equally to civilians of every country regardless of the civilians’ sentiments about the soldiers’ mission. Thus, civilians in Chad should be treated like civilians in Chicago. Moreover, soldiers are not legally responsible for strategic decisions such as which side they support in a military conflict.

But legal answers cannot resolve moral questions, and being involved in the coercive use of lethal force is inherently a moral issue. Although soldiers do not get to choose their deployments, they do deserve to know their deployments are morally justified and how to act morally within them.

When it comes to defending their own country’s borders and citizens, soldiers operate with great confidence. The moral answers are easy. The rights of self-defense—individual and collective—are natural, self-evident and uncontroversial.

Use of Force Abroad

However, when soldiers are deployed outside their own country, their use of force is no longer self-evidently right. Granted, the righteousness of many American overseas military campaigns—from liberating France from Nazi occupation in the mid-1940s to stopping genocide in the former Yugoslavia in the mid-1990s—is easy to discern. But that is not always the case.

A deployed soldier once expressed his concerns to me in terms of Star Wars. “I grew up imagining myself as Luke Skywalker,” he said. “I wanted to fight for freedom, to fight against the Empire. But over here, we’re the ones wearing body armor that makes us look like storm troopers. We’re the ones patrolling in MRAPs that look like AT-ATs [all-terrain armored transports] on wheels. We’re the ones trying to hunt down the rebels. Are we the good guys, or are we the Empire?”

Some deployed soldiers, especially after their units suffer casualties, feel like victims of a bait-and-switch scheme. In their minds, they were recruited to defend their country and swore an oath to support and defend the U.S. Constitution, yet they were deployed to fight in other countries.

The morale and moral confidence of America’s soldiers would improve if they understood how their operations during deployments in other countries are consistent with their oaths to support and defend the U.S. Constitution.

I’ve never seen such an explanation, which could be termed an “ethics of American military empire,” so I’ll offer my thoughts as a starting point for much-needed professional conversation on the matter.

America is both a country and an idea. In fact, America was the first country founded specifically on a set of ideas: that all people are created equal, endowed by their creator with inalienable rights; that the role of government is to protect those rights and promote the common good; and that government should be of the people, by the people, for the people.

Correspondingly, the Constitution is a legal document and a moral commitment to human rights. It has legal standing because it was ratified by the original states’ legislatures; it has moral standing because its precepts are grounded in universal moral principles about the dignity of man.

Thus, when soldiers swear to support and defend the Constitution, they express their commitment to not only defend the American system of government but also to do so in a way that supports the moral principles inherent in that system. 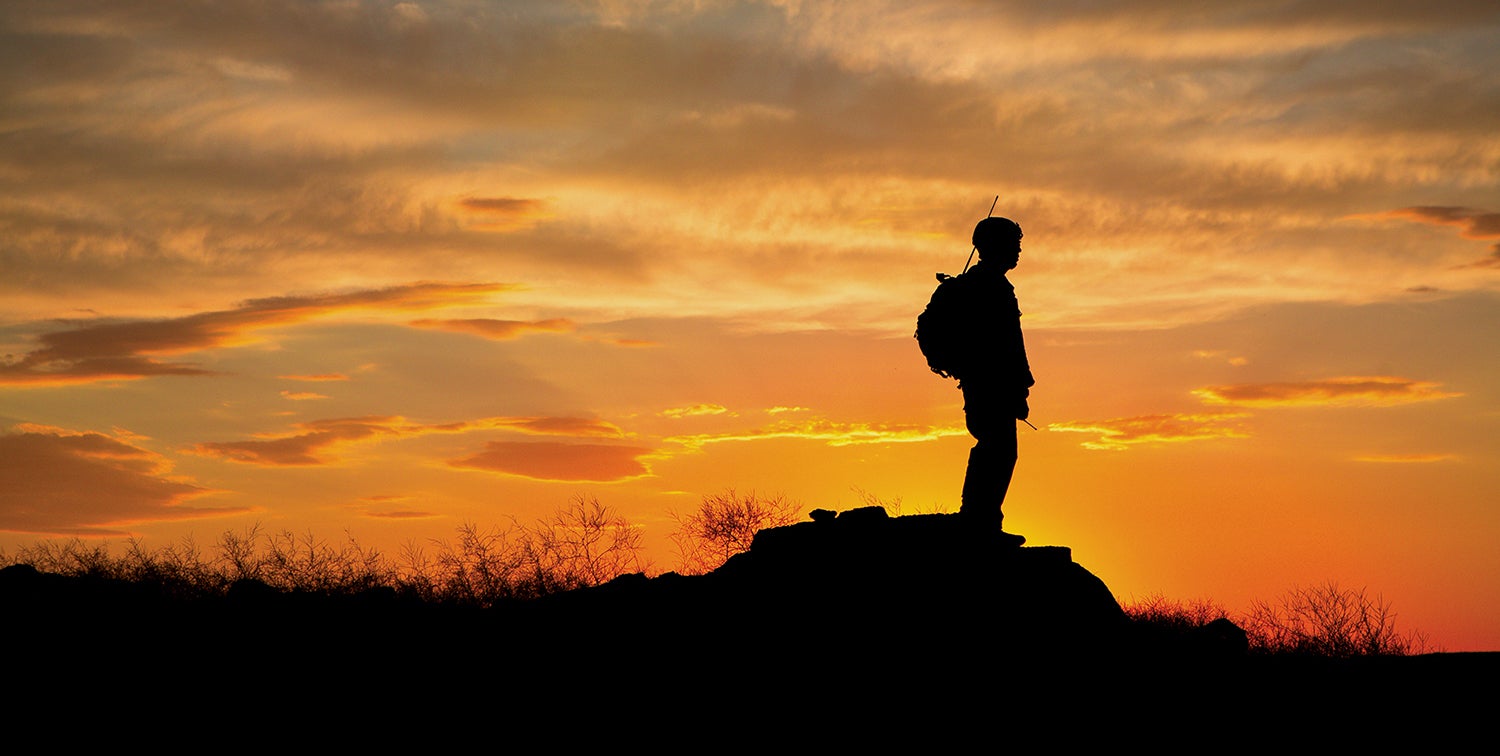 A moral justification for any overseas deployment, then, should have to pass a two-part test. First, do the military operations contribute to defending the American system of government from actual threats? Second, do the operations reflect and support the moral principles that give the U.S. Constitution its moral authority?

The first part of the test would ensure that soldiers are deployed overseas to do only what their oaths authorize them to do—defend their country. Soldiers understand that a strategy of “forward defense” is often necessary against global ideological threats such as fascism (1930–1945), communism (1946–1991) and jihad (1993–present). This requirement is more restrictive than current Army doctrine, which uses deployments liberally to deter potential aggressors, to shape a more secure international environment (mostly by training other military forces) and to fight only when required. An actual threat should be identified and addressed by each deployment.

The second part of the test would ensure that soldiers are deployed overseas only to defend and, when justified, extend the blessings of liberty. The Constitution was developed by people who risked their personal safety in order to secure human rights for themselves and their posterity. Soldiers, who are sworn to support and defend that Constitution, would betray its purpose—and thus betray their oaths—if their actions undermined human rights, whether at home or abroad.

This second requirement would also ensure that the U.S. doesn’t behave like the former Soviet Union and become the world’s next evil empire. As long as the Army deploys only in support of governments and movements that value individual rights and the common good, and as long as its operations recognize and respect those rights, deployed soldiers’ actions will honor their commitment to the Constitution.

There are two additional steps that could be taken to increase soldiers’ confidence in the moral justification of their deployments.

First, every deployment of American soldiers should be publicly announced by a senior leader in the chain of command, and the soldiers’ mission and its relevance to national security should be clearly explained. Secrecy breeds cynicism; transparency builds trust. The Army is not the CIA. Its operations should be open to public debate and accountable to the American people.

Second, the people in the country to which soldiers are deploying should be provided a voice on the presence of U.S. troops. If our operations support their rights and communal well-being, we will be welcomed as “the good guys” and will enjoy popular support. If the people overwhelmingly do not want us there, then our operations are probably violating, not vindicating, the principles of our own Constitution.

Some readers will discount this entire argument as naïve and ill-conceived, thinking that its moral concerns are irrelevant to hardscrabble international politics and unimportant to our soldiers. I disagree. Moral authority matters. Internationally, it provides soft power that accomplishes goals through influence, not intimidation. Domestically, it sustains the all-important relationship of trust between the American people and our government.

The U.S. is a military empire and, to borrow a phrase from the Navy, a global force for good. However, more thinking needs to be done to restrain our power from becoming corrupted and to explain to soldiers the moral justifications of their deployments.