It’s a nightmare scenario. An enemy unmanned aerial vehicle monitors the cellphone signals of troops below, identifies their location and sends the coordinates to a headquarters, which launches an artillery strike against the unsuspecting troops.

This is the capability Russia brings to the ongoing conflict in eastern Ukraine’s Donbass region. And it’s a capability the U.S. Army has not had to contend with during the long wars in Iraq and Afghanistan. As a result, the Army has much to learn—and in some cases, relearn—about electronic warfare. Observing how the Russians use electronic warfare in Ukraine to produce kinetic effects offers the best opportunity to do so.

Electronic attack involves “the use of electromagnetic energy, directed energy, or antiradiation weapons to attack personnel, facilities, or equipment with the intent of degrading, neutralizing, or destroying enemy combat capability and is considered a form of fires,” according to DoD.

Electronic protection involves “actions taken to protect personnel, facilities, and equipment from any effects of friendly or enemy use of the electromagnetic spectrum that degrade, neutralize, or destroy friendly combat capability,” DoD says.

And electronic warfare support includes “actions tasked by, or under direct control of, an operational commander to search for, intercept, identify, and locate or localize sources of intentional and unintentional radiated electromagnetic energy for the purpose of immediate threat recognition, targeting, planning and conduct of future operations.”

In the wars in Afghanistan and Iraq, the electronic warfare threat was limited. The extent to which the Army thought about electronic warfare was primarily restricted to electronic attacks to defeat enemy IEDs, primarily by using jammers. As such, units could establish large, static tactical operations centers with giant antenna farms, rely exclusively on GPS for navigation and rely on blue force tracker and constant communications for command and control. Concepts such as radio discipline, camouflage and “jumping the TOC” were largely forgotten. A generation of soldiers grew up without thinking about the vulnerability of the Army’s reliance on the electromagnetic spectrum.

In its five-day war with Georgia in 2008, Russian electronic warfare capability was limited. Its air force was unable to suppress Georgian air defense systems, which resulted in the loss of numerous Russian aircraft. Russia learned from its experience, invested in electronic warfare over the past decade and now uses the conflicts in eastern Ukraine and Syria as laboratories to test and refine those capabilities.

In Ukraine, Russia’s extensive electronic warfare activities use unmanned aerial vehicles (UAVs) and ground systems to conduct electromagnetic reconnaissance and jamming against satellite, cellular and radio communication systems along with GPS spoofing and electronic warfare attacks against Ukrainian UAVs. The Russians are adept at identifying Ukrainian positions by their electrometric signatures. While a tenuous cease-fire exists, every day sees dozens of violations. Daily casualties result largely from sniper and artillery fire, but electronic attack and electronic warfare support by Russian-led separatist forces contribute to these casualties by identifying Ukrainian positions.

At times, these texts may also target family and friends and include kinetic strikes. In one tactic, soldiers receive texts telling them they are “surrounded and abandoned.” Minutes later, their families receive a text stating, “Your son is killed in action,” which often prompts a call or text to the soldiers. Minutes later, soldiers receive another message telling them to “retreat and live,” followed by an artillery strike to the location where a large group of cellphones was detected. Thus, in one coordinated action, electronic warfare is combined with cyberwarfare, information operations and artillery strikes to produce psychological and kinetic effects.

Despite advances in some electronic warfare capabilities, it is not clear the Russians have advanced equally in other areas. Before the April 14 U.S. missile strike in Syria, Russia claimed it would shoot down any missiles launched by the U.S. and its allies. Yet despite their claims to the contrary, it doesn’t appear the Russian-backed Bashar al-Assad regime was able to intercept any of the 105 missiles launched by the U.S., France and Britain. 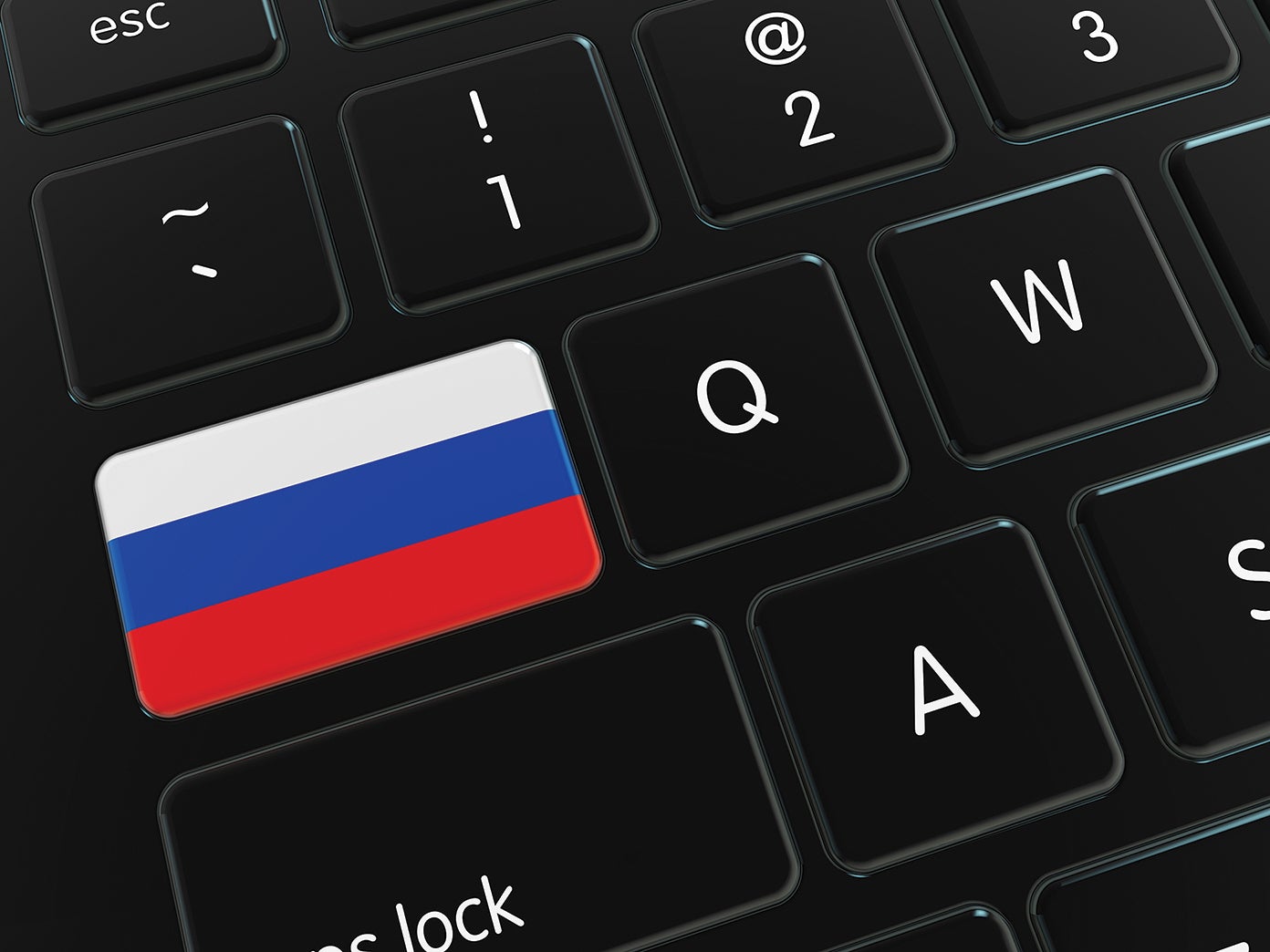 Preparing for the Fight

To operate successfully in the contemporary environment that includes a contested electromagnetic spectrum, units and leaders must first understand the threat and second, train for it. Electronic warfare must be allocated more time in professional military education and incorporated more fully into training at all levels. A challenging electronic warfare environment has been introduced into the scenario at the Joint Multinational Readiness Center in Hohenfels, Germany, but it’s unclear whether this type of training is replicated across the Army.

Here are some thoughts on areas where the Army can better prepare to operate in a contested electronic warfare environment:

LAND NAVIGATION: The Army largely depends on GPS technology while land navigation and map-reading skills have atrophied. We must re-emphasize land navigation in training and education to develop leaders capable of operating when GPS is jammed or spoofed. Instead of intramural programs such as flag football, basketball and softball, garrisons should consider activities with more direct combat applications such as orienteering.

CULTURE: Likewise, the Army has become dependent on technology. Commanders have grown too reliant on constant communication with subordinate elements and must get comfortable sending out units with little communication and without knowing where the units are every second of the day. This requires true Mission Command with clear commander’s intent and mission orders, allowing subordinate leaders to execute the mission without the luxury (or burden) of constant communication with headquarters.

CAMOUFLAGE: The need to camouflage applies just as much in the electromagnetic spectrum as it does in the physical realm. Anyone transmitting needs to recognize they give off a signature, and needs to look for ways to minimize the signature. Small units must think about using terrain to mask their signal from the enemy, and headquarters must look for ways to mask or reduce their signature.

DECEPTION: Like camouflage, deception applies to the electromagnetic realm as well. In many ways, it is more difficult to camouflage in the electromagnetic spectrum than it is in the physical one—it is easier to deceive the eye, or even thermal devices, than it is to mask an electromagnetic signal, so deception becomes even more important. TOCs will need to displace antenna farms far from their location, even if it means running hundreds of meters of cable to them. Realizing it is difficult to completely mask electrometric signals with current technology, another option is to flood the area with false signals, so it is impossible to distinguish the real ones from the fake.

PROFESSIONAL MILITARY EDUCATION: Little time in the Army’s professional military education is dedicated to electronic warfare, with the possible exception of the signal corps. Given the threat electronic warfare poses to even the smallest unit, it should be introduced at the lowest levels—and continued at all levels—of professional military education.

TECHNOLOGY: The Army, with the help of the defense industry, must continue to develop and refine electronic warfare capabilities. The speed of technological change is so fast that these capabilities often develop more quickly than the lengthy acquisition cycle, so the Army must ensure it has ways to rapidly develop and field critical capabilities.

The Army can no longer assume technological dominance in the electromagnetic spectrum. Likewise, our desire for information dominance is often an advantage, but it can also be exploited. Soldiers must understand the threat and be able to effectively operate in an environment with a significant electronic warfare threat. No doubt, some solutions will be technological, but many are tactical and cultural. Leaders willing to conduct the tough, realistic training that is necessary will be more effective if and when the time comes to engage the electronic threat on the battlefield.