The Eighth Army is prepared for combat operations at any time, according to its commanding general, Lt. Gen. Thomas S. Vandal.

Stationed in the Asia-Pacific region, the Eighth Army is ready to assist its partner, the Republic of Korea (ROK), in any combined endeavor.

Vandal, who also serves as the chief of staff for ROK–U.S. Combined Forces Command, offered these reassurances at the “Land Forces in the Pacific: Advancing Joint and Multi-National Integration” symposium, May 24, which was sponsored by the Association of the U.S. Army Institute of Land Warfare.

The ROK–U.S. team is much more than just a combined training effort, Vandal noted. Both armies are integrating members at the headquarters level in order to increase cooperation and compatibility. 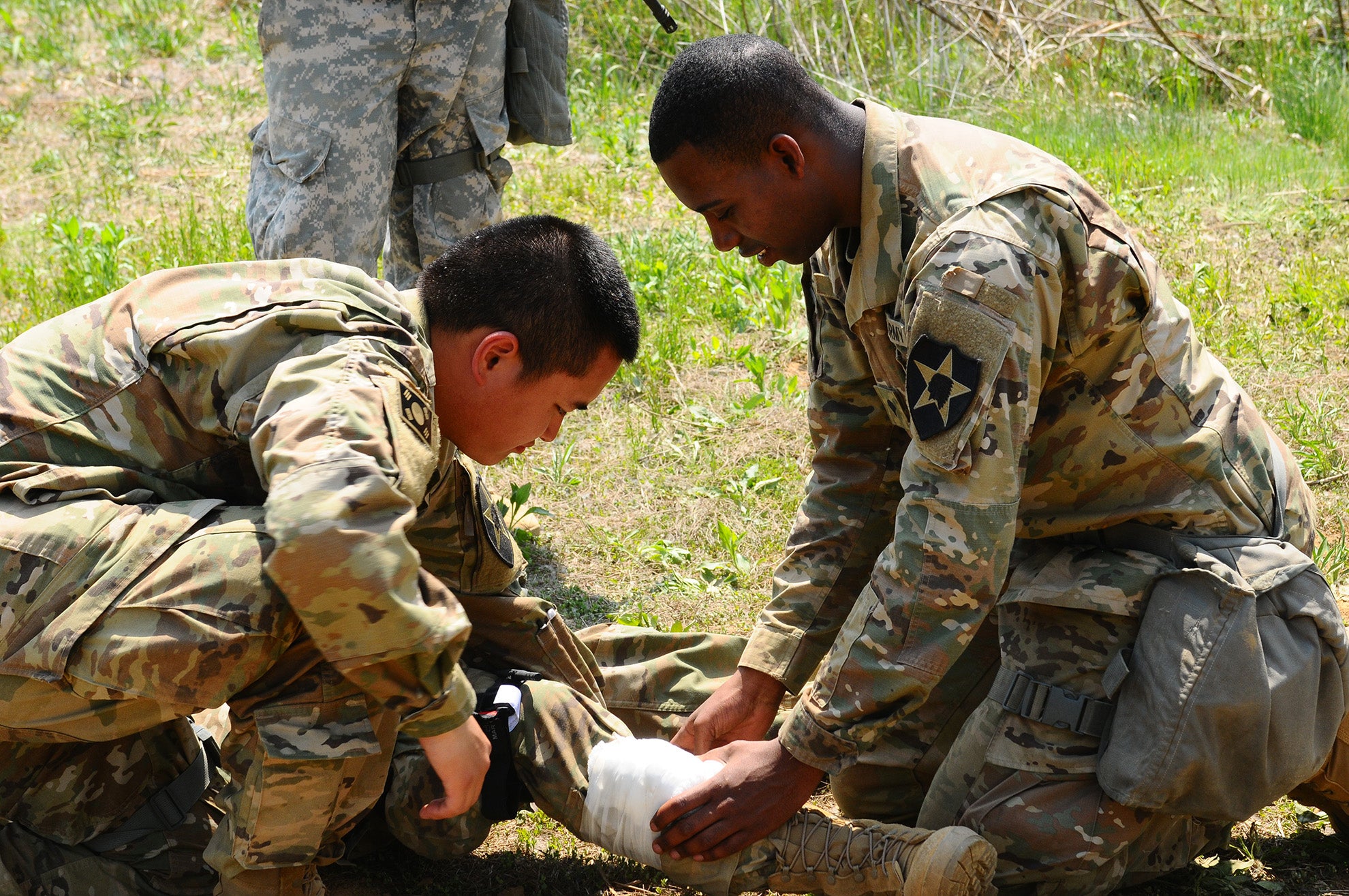 Vandal recalled that he was part of the planning effort for the combined force in his previous assignment, when he was the commander of the 2nd Infantry Division.

The combined division was activated in 2015, and Vandal spoke of the positive impact it has had on joint operations.

The combined division has also built a close training relationship with the 8th ROK Infantry Division, since they two units would fight alongside each other should the “O plan” – wartime operations plan – ever be executed.

The two armies are also pursuing other efforts to integrate their commands.

Describing how the WMD task force will work, Vandal described that as rotational brigade combat teams flow into theater, they will be operationally controlled by either the RUCD or by the 17th ROK Infantry.

Elements from those brigades would then form the task force, which will be integrated down to the battalion level and below, “providing the synergy of the best of both nations’ armies.”

The U.S. will provide both technology elements and maneuver forces to the task force, while the ROK will primarily contribute maneuver forces, “particularly light infantry that are so beneficial to conducting these mission sets for WMD elimination,” he said.

“I would say our exercise [operations tempo] is the highest in the Army,” Vandal said, “and the reason I say that is because we must be ready to fight tonight.”

He noted two of the large exercises: Key Resolve, held each March, and Ulchi Freedom Guardian, or UFG, held each August. “They’re probably the largest exercises in the U.S. Army,” he said.

The UFG involves some 400,000 ROK government personnel all the way up to the cabinet level, plus 40,000 military participants, he said.

“It’s a whole-of-government approach to their national security and they are all in,” Vandal said.

Besides those two exercises, he added that there are numerous smaller ones.

Of the 17 nations that contributed forces and material in the Korean War, “all participate and are committed to the UN Command,” Brooks remarked. “So we are looking at how to expand their participation in future exercises.”

For example, the Canadian forces provided a division during last year’s UFG exercise for the first time. If a conflict emerged, that Canadian division would be part of the I Corps, but under the operational control of the 3rd ROK Army.

Vandal pointed to an increase in countries’ participation in these exercises over the years, and he is optimistic that such involvement will increase in the future.

In addition to exercises, the topic of multi-domain battle, or MDB, took up a large portion of the Association of the U.S. Army LANPAC symposium.

The MDB concept encourages units to engage the enemy in all domains – air, sea, land, cyber, space – in the context of a joint.

“We are doing a lot of that already,” Vandal said of MDB, providing three examples.

First, during this month’s Warrior Strike, a counter-WMD exercise, the U.S. Army flew a WMD Elimination Task Force onto a ROK amphibious carrier. From there, the unit did an air assault on a suspected WMD underground facility.

The exercise involved naval, ground and air components of the U.S. and ROK forces.

“You can well imagine the complexity of doing something like that,” Vandal said, adding that the exercise was realistic and would be a top priority should a real situation unfold.

A second recent exercise involved integrated Apache helicopters from the 2nd Combat Aviation Brigade, along with the U.S. naval component from 7th Fleet, U.S. Special Forces, and a ROK air component. That too was complex, Vandal remarked.

That exercise focused on sustaining the combined force and involved bringing in a floating dock and establishing an expeditionary port so that U.S. Army and Marine materiel could be transported to the proper unit.

“The piece that needs to be worked harder is the cyber and the space integration to make all five domains integrated. That’s the way ahead,” Vandal added.

Integration efforts and exercises are part of a large-scale transformation of the forces in the area.

“Transformation of Eighth Army and arguably the transformation for the whole peninsula for U.S. Forces Korea is the most dramatic since 1953,” Vandal said.

As U.S. and ROK units are combining, there is also a huge base consolidation occurring at U.S. Army Garrison Humphreys.

This consolidation effort isn’t exactly recent, he said. It has been going on for about 10 years and involves moving soldiers, Army civilians, contractors and families from some 120 installations mostly north of the Han River – which runs through the capital of Seoul – and moving them into Camp Humphreys farther south.

Eighth Army and U.S. Forces Korea in Yongsan are part of that move, which costs $10.7 billion. Ninety-two percent of the moving costs are being paid by the ROK government, Vandal reported.

“We’ve essentially tripled the size of Camp Humphreys,” he said. By 2020, the transfers should be complete with about 42,000 personnel on post.

Eighth Army is scheduled to be in place in Camp Humphreys by mid-July, with U.S. Forces Korea and RUCD on location by January 2018.

Vandal referred to Camp Humphreys as “the crown jewel of overseas assignments” for soldiers and families, meaning that the base offers good quality of life and excellent family housing, along with facilities like a post exchange and commissary.

He added that it’s “absolutely the best overseas installation I’ve seen and probably the largest.”

An added benefit of the move is increased forced protection, he said. With everyone in one place, it will be more efficient to evacuate family members should the need occur.

Lastly, Vandal said that the expansion of Camp Humphreys is “a commitment to the alliance” – a fiscal commitment by the South Koreans and a military commitment by the U.S. to provide stability and security not just for Korea, but for the entire region.

For Eighth Army soldiers, “the center of gravity in Korea is the alliance and each one of us has a responsibility, from private to general officer, to help nurture that alliance,” Vandal emphasized.

That relationship is encapsulated in the Korean phrase that the U.S. Soldiers have adopted: “Kapshi Kapshida,” he said, which means “Let’s Go Together.”

Lastly, Vandal spoke directly to his soldiers: “You serve here with a sense of purpose. You see a threat,” he said.

Adding, “You look at it every single day. You are focused on that threat and because of that sense of purpose, you are very much focused on being ready to fight tonight, from the youngest private to every general officer.”