New York Giants legend Frank Gifford took many hits in his college and professional football careers, but none was as jarring as one in a 1960 game against the Philadelphia Eagles. Gifford was running with the ball when he was leveled by linebacker Chuck “Concrete Charlie” Bednarik, a former World War II B-24 waist-gunner with the U.S. Army Air Forces. Gifford was knocked unconscious; a teammate said he thought Gifford was dead.

Did that hit and resulting concussion, which kept Gifford out of football for 18 months, or the hundreds of other hits he absorbed during his years playing the sport cause his brain to deteriorate? Following retirement, Gifford gained fame as a co-host of what was then ABC’s Monday Night Football. But in November 2015, a few months after he died at age 84, his family said pathologists diagnosed him with chronic traumatic encephalopathy (CTE), a degenerative brain disease found in those with a history of repetitive brain trauma. Currently, CTE can only be diagnosed posthumously.

Popular former athletes such as Gifford have been in the spotlight in the national discussion of the effects of blows to the head and the links between concussions and CTE. But soldiers need to be part of the conversation, too. Evidence of CTE has been found in the brains of veterans who experienced traumatic brain injury as a result of blasts or other events. 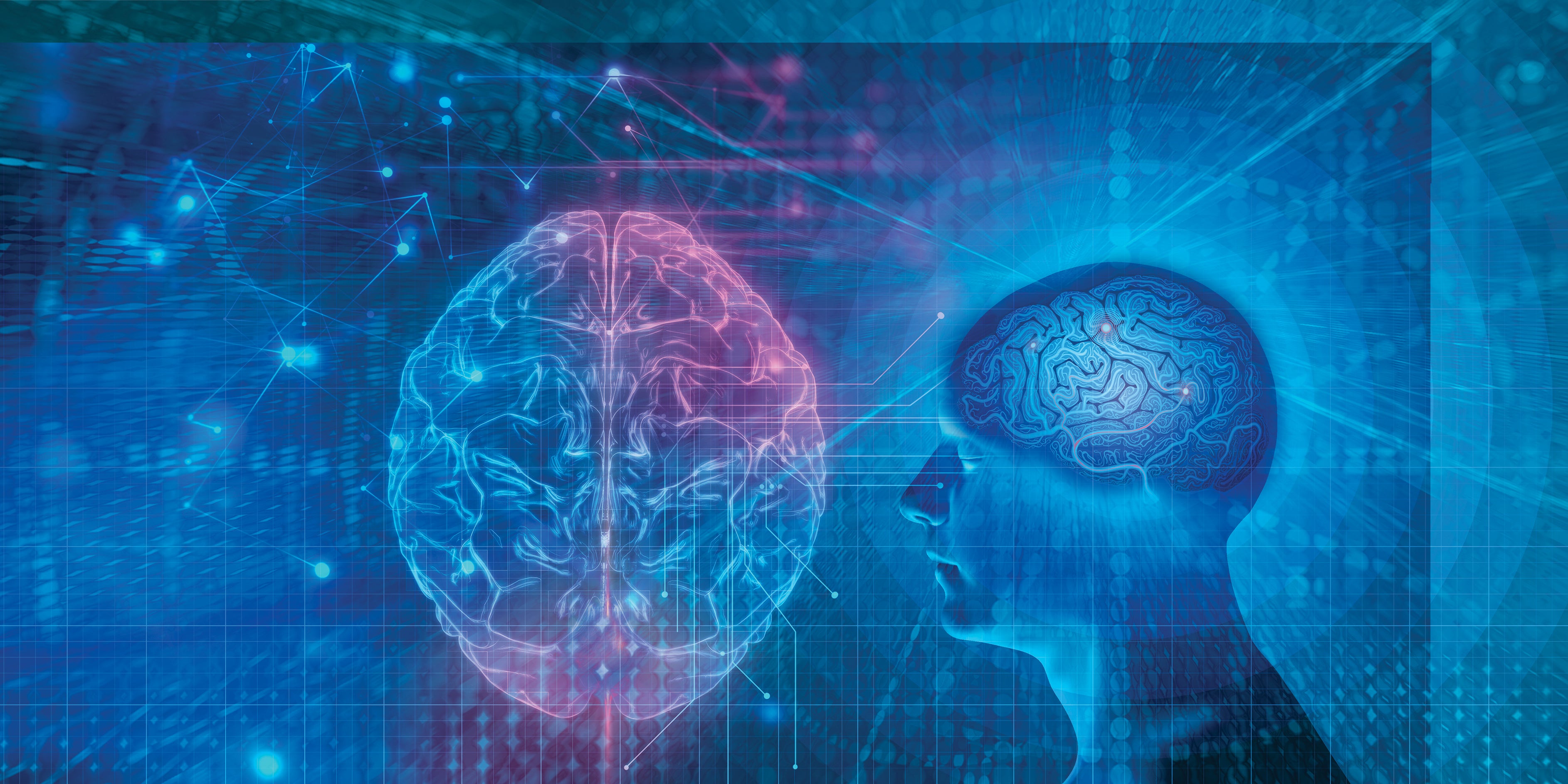 Dr. Ann McKee is a neuropathologist and one of the top CTE experts in the country. At the VA Boston Healthcare System, she directs the VA-BU-CLF Brain Bank, a collaboration of the VA, Boston University and the Concussion Legacy Foundation, which works to protect athletes from traumatic brain injury through research, policy and education.

The VA-BU-CLF Brain Bank is the largest CTE research center in the world, with approximately 350 brains donated by families of deceased individuals and more than 1,000 additional brains pledged, McKee said. (Robert A. McDonald, VA secretary under former President Barack Obama and a West Point graduate who served in the Army’s 82nd Airborne Division, has pledged to donate his brain.) The brain bank also studies trauma on spinal cord tissue donated by the families; McKee said she has seen changes in spinal cords that signal CTE.

Nearly two-thirds of the donated brains are those of former college and professional athletes—mostly football players, but also boxers and hockey players—and 89 are those of veterans, most of whom were in the Army.

McKee and her team are searching for answers to CTE. Through autopsies, they’ve found traces of the disease in the brains of 236 athletes and 65 veterans, she said, adding that 55 of the veterans also are former athletes—many played college football—while 10 never played organized competitive sports.

“Veterans are usually active people and can sustain head trauma in various ways,” she said. Thus, the cause of a veteran’s CTE may not be as clear-cut. But military personnel and athletes are both susceptible to the head trauma that can lead to CTE. McKee was involved in a 2012 study that found evidence of CTE in the brains of veterans exposed to blasts that was similar to what was seen in the brains of three amateur football players and a pro wrestler who had histories of concussion. About 10 veterans whose brains are in the VA-BU-CLF Brain Bank had blast exposure, McKee said.

CTE symptoms are similar to those linked to post-traumatic stress disorder (PTSD) or traumatic brain injury: aggressive behavior, mood swings, depression, memory loss, progressive dementia and suicidal tendencies. In February 2011, former Chicago Bears defensive back Dave Duerson died of a self-inflicted gunshot wound to the chest. In a handwritten note found in his home, he asked that his brain be donated for research. Duerson’s brain was sent to McKee’s bank; she and her team diagnosed him with CTE linked to football head trauma. Some of the veterans whose brains are at the bank also had committed suicide, McKee said.

After someone dies, “It’s a huge tragedy,” McKee said. Family members often are “looking for some closure, and we try to provide that closure. This is something that we do because we care about the people who’ve died. We want to understand what they’ve gone through, and we want to understand it enough that we can make a difference for living people by coming up with ways to prevent CTE, intervene in CTE, and treat CTE. The best way for us to learn how we can do those things is by understanding what’s happened in the brains of those who’ve died.

“If an individual has taken their own life, if we can shed some light on possible reasons why that might have occurred or [what] might have contributed to it, that also helps the brain donors’ families,” she said.

McKee can reel off the names of other NFL greats whom she found to have CTE, including Lew Carpenter, John Grimsley, Ollie Matson, Tom McHale, Earl Morrall and Ken Stabler. However, she is not at liberty to disclose the names of veterans who developed CTE. But the two groups share a similarity with signs of brain trauma: an abnormal buildup of tau, a critical protein that spills out of cells and chokes off or disables neural pathways that control memory, judgment, and other areas of the brain that control thought process.

According to the Concussion Legacy Foundation, “repeated blows can cause tau to misfold and change its shape. The misfolded tau releases into cells, setting off a chain reaction that causes [the protein] to clump together. The clumps slowly kill neurons and spread to nearby cells.” Once the changes start, they continue even after the brain trauma has ended.

“CTE is a unique disease,” McKee said. “It has a distinctive signature,” a specific type of lesion “that we look for in CTE that’s not found in any other disorder. We see that lesion in both athletes and veterans.

“Now, there probably will be distinctions with the type of exposure, meaning blasts versus hockey versus boxing versus something else. There probably will be changes, variations on a theme,” she said. “But right now, we’re impressed that the basic reaction of the brain appears to be very similar” despite how the brain injury occurred.

Current evidence is insufficient to know whether repeated blows to the head versus shock waves from a blast make any difference in the onset of CTE, McKee said.

“We need more numbers, but we definitely see CTE after blast injury. There are other lesions that have been described as well. Inflammation is one of them,” she said, “but we’re just not sure. We need more examples [to] really understand what the process is.”

A single blast can produce changes in the brain that are equal to changes that can occur after repeated hits on the football field. That’s mainly because of the brain’s motion in the skull after a blast, she explained.

“There’s considerable motion that happens in fractions of a second, and it’s the equivalent of multiple concussive episodes,” she said. “It’s not necessarily the neck jerking back. It’s the mobility of the neck and the mobility of the head, and with that you get tremendous motion of the brain inside the skull. The neck doesn’t have to be going backward. It can be going laterally and forward. The motion is often in all of those directions.”

McKee said more research is needed to learn, for example, if the symptoms vets experience from traumatic brain injury, PTSD and dementia may signal a future onset of CTE.

“The interface of PTSD and CTE is certainly an area of active investigation,” she said. “But we’re not exactly sure what the relationship is. Many of the vets who were discovered to have CTE also had symptoms of PTSD, but we know you can have PTSD without CTE.”

McKee said conducting decades-long research of people with both PTSD and traumatic brain injury is needed “to really understand how those two conditions intersect.”

With so many unknowns, what does the future hold for understanding CTE and its connection to sports and also to the military? According to McKee, a huge research effort is underway to enable doctors to diagnose CTE in people who are still alive through blood tests, CT scans and MRIs, among other means.

That research effort may yield results within the next five years, she said, adding that detecting CTE in the living would enable the medical community to better understand the incidence and prevalence of disease; provide methods to monitor the severity of it; and evaluate potential therapies and rehabilitative strategies.

Meanwhile, to help limit brain trauma in the first place, scientists at the U.S. Army Research Laboratory at Aberdeen Proving Ground, Md., are working to create concussion-reducing technology that could soon be used in the NFL as well as in the military. The technology involves placing rubber-band-like tethers in helmets to supplement a football player’s neck muscles and help buffer sharp head motions. The NFL and a few big companies awarded the laboratory grant money to create the technology.

The tethers are expected to reduce concussions caused by violent falls. They may also reduce the severity of a concussion in cases where a soldier’s head hits the ground or the ceiling of a vehicle following a combat blast, said Eric Wetzel, who is leading the laboratory’s efforts.

“I have no direct evidence that our technology would work to mitigate primary blast effects,” he said. “It is common for a blast to induce a secondary head strike, and these secondary collisions may contribute to brain injury. In such a scenario, the tethers may reduce the likelihood of head trauma.”

At the VA-BU-CLF Brain Bank, most of the public interest relates to McKee’s research on athletes. But she hopes that the new Chronic Effects of Neurotrauma Consortium brain bank in the VA Boston Healthcare System will generate more attention on the veteran population and its battle with CTE. The consortium is a research network for the VA and DoD that focuses on the long-term effects from mild traumatic brain injury, the signature injury in veterans who served in Iraq and Afghanistan.

“It’s a relatively new endeavor, so we aren’t at the same level that we are with athletes,” she said. “But we’re hoping that changes in the near future.”