Army leaders love big data too. In the early years of the Information Age (2002), a U.S. Army War College study found that junior leaders—company commanders and platoon leaders—spent much of their time collecting and tracking data. The study identified more than 125 programs, policies and metrics that company commanders were forced to keep track of, and those requirements have undoubtedly expanded as Army leaders have grown even more hungry for information.

Silicon Valley has mastered the art of processing and filtering vast quantities of data, putting the right information in front of the right person at the right time. Travel to a new city and your smartphone, knowing your location, may offer you a dinner recommendation based on restaurants you’ve previously liked. With a single click, you’re treated to pictures, reviews and the menu. You can even reserve a table and have a taxi pick you up at your precise location within minutes.

By that logic, Army software programs should automatically notify commanders when soldiers are about to lapse in their weapons currency, recommend a date for a range, then allow a commander to book a range and ammunition, all while sending calendar invites to subordinates. But as we all know, that’s not the case. Army information systems—and indeed, most information systems in the federal government—are generally slow, cumbersome and counterintuitive. There’s often little, if any, compatibility among systems.

The result? Staff officers and junior leaders are often chained to their computers for most of the day. It can be a struggle to answer even simple questions as junior leaders spend hours scouring clunky Army databases and poring over locally produced Excel spreadsheets. As information is passed to higher echelons, staffs manually collate data from subordinate units into PowerPoint slides, little different than they did 20 years ago. The information eventually gets in front of the right person, but not without endless frustration and wasted time.

The world may run on Facebook and Google, but the Army is still stuck with technology straight from the days of Geocities, that 1990s-era web-hosting service. But it doesn’t have to be that way. Here are six ways the Army could make sense of the deluge of data and prevent computers from driving us crazy:

1. The customer is always right. In the Army, the burden of collecting, tracking and transmitting data rests squarely on the shoulders of company commanders and first sergeants. No one bears the burden of our outdated information management systems more than they do. Information management firms should spend time shadowing company-level leaders to learn how we collect, process and transmit data. The Army should also offer fellowship programs at technology firms to post-command captains and first sergeants to determine ways the Army could best streamline the way we share information. If company-level leaders are going to bear the brunt of data entry and tracking, they should have the greatest say in any new software program.

2. Bring back the clerks. Equip company commanders with a trained data clerk. In decades past, company clerks helped commanders draft correspondence and track data. Over the years, however, the Army ditched clerks and placed the onus for data tracking on company-grade leaders. As Army software programs require specialized training, the Army should invest in specially trained soldiers to maintain and update databases while in garrison.

3. Compatibility’s the key. Facebook can cross-post to Twitter and Windows 10 can import contacts from your iPhone, but DoD still can’t build a medical database fully compatible with that of the VA, according to a 2016 report from the Government Accountability Office. That’s bad news for junior leaders, who often need to cross-reference multiple Army databases—one for supply, one for personnel, another for training—to answer basic questions. To the greatest extent possible, DoD should embrace open-source software—the same technology that allows rival software companies to easily share information across platforms.

4. Keep it simple, stupid. A simple smartphone app allows me to sort through a database of every beer I’ve consumed in the past five years, export it to an Excel spreadsheet and sort my libations in all sorts of ways. The best four-star-rated stout brewed in Oregon I sampled in 2013? I can find it in seconds. But sorting through military databases to find the right information isn’t quite so easy. Usability should be a key criterion when developing Army software. In a perfect world, leaders would be able to get the information they need without relying on staffs or subordinates.

5. Stop competing with Silicon Valley. Tech companies may know software, but defense contractors know the D.C. Beltway. In the procurement world, the latter usually wins. In one instance, a federal judge ruled the Army specifically—and illegally—barred commercial software developers from competing to develop new Army programs (in fairness, the judge was careful to note there was no malicious intent on the part of the Army). But no one knows big data better than Silicon Valley. DoD may amass 22 terabytes of data on its roughly 3 million military and civilian personnel each day, but that’s just a fraction of the 600 terabytes of data Facebook collected on over 1 billion users each day in 2014. 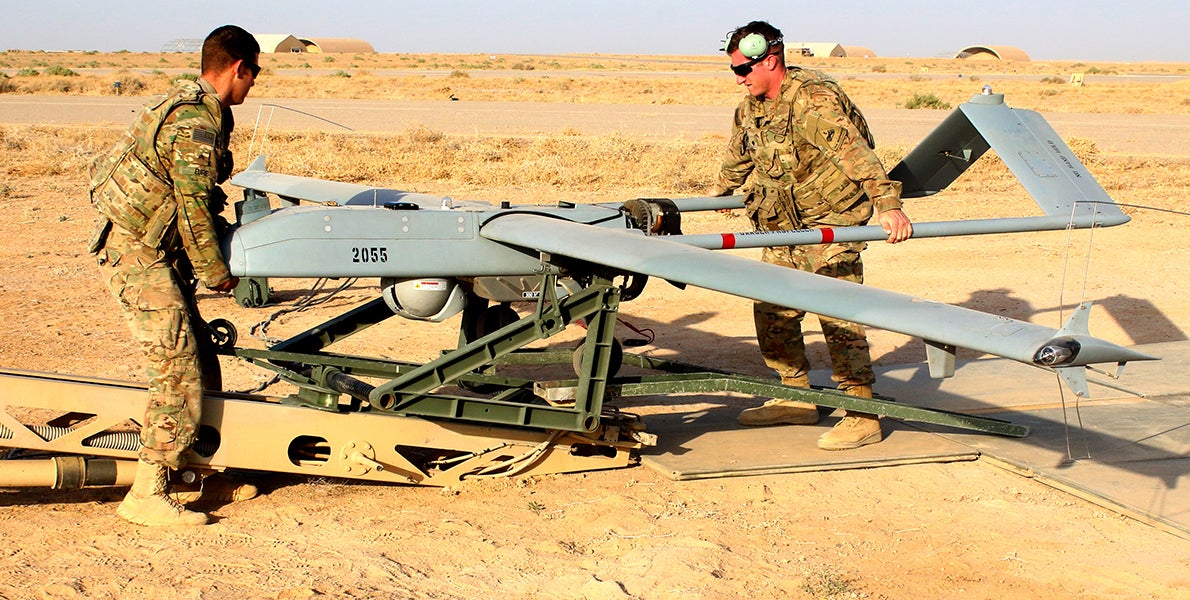