THE OUTPOST: The Life and Death of a ‘Quiet Professional’

When the SEAL boat touched the beach, the place was lit up like the Hollywood Bowl. The Navy frogmen intended to complete a clandestine reconnaissance of the Somali shoreline. Instead, the SEALs and follow-on landing craft full of Marines became the stars of an overwhelming television spectacle, an amphibious rock show. On that brightly illuminated beach near Mogadishu on Dec. 9, 1992, not one angry shot went off. No enemy showed up. But clearly, the media circus was in town.

Two hundred miles inland, near the sprawling desert town of Bardera, another U.S. team worked. That foursome didn’t appear on television. Indeed, if journalists asked about them, to borrow from the old TV show Mission Impossible, “the secretary will disavow any knowledge of your actions.”

That suited those four just fine. They had people to meet, things to see and events to arrange. In the movies, they’d be described as spies or spooks or even—most ridiculous of all—hit men, and every term would be wrong. But they didn’t care what others speculated. They moved in the shadows. They liked it there.

The men called themselves “quiet professionals.” Some elements of the U.S. military and intelligence community can’t shut up or stay off television. But these guys sought zero publicity. Their watchwords were “low visibility.” Blend in. Be gray. Leave no footprints.

On Dec. 23, 1992, something went wrong. Some guessed that hostile local militiamen saw the quartet. Perhaps somebody ratted them out. Maybe the four took an unlucky route, or zigged when they should have zagged. Their vehicle hit a buried mine. Three Americans were wounded. One was killed.

Press reports identified the dead man as “Lawrence R. Freedman,” a “civilian government employee.” He was the first American killed during the 1992–94 Somalia intervention. He would not be the last.

His passing garnered little attention from his fellow citizens. It marked a lone discordant note in a good-news story, and chronically sad Somalia seemed long overdue for happy reports. Protected and aided by thousands of foreign troops, led by the Americans, villages of starving Somalis were being fed. Outgoing President George H.W. Bush had acted to save lives. And it was working. Two days before Christmas, that positive development resonated across America. An ugly death did not.

It wasn’t Freedman’s way to seek the spotlight. Even at the end, the press botched his name, and missed who he was. Sgt. Maj. Larry N. Freedman had served a quarter-century in uniform. He was still serving, although in a different capacity, the day he died.

Freedman, “Gus” to his family, came from the Mount Airy neighborhood of Philadelphia. He had not been a model child. Far from it. His sister Sylvia recalled him as a “troublemaker/hoodlum/juvenile delinquent” who hated school and often clashed with neighborhood toughs. Freedman needed discipline.

Uncle Sam provided it. In 1965, Freedman joined the Army. The war in Vietnam was heating up. A guy like Freedman—street-smart, aggressive, restless—found his calling. From his first days at Fort Jackson, S.C., Freedman excelled. Of medium height and build, he took some extra flak for being Jewish. Freedman held his own, sometimes with fists. The Army in those days was rough around the edges, to say the least.

Freedman completed Airborne School and joined Special Forces, earning the coveted Green Beret. Then came Vietnam. Freedman spent two years in country. He earned two Bronze Stars and a Purple Heart. He’d been in the middle of some harrowing stuff.

After Vietnam, Freedman stuck with Special Forces. Few did. Most of the U.S. Army left the jungle behind and focused on the biggest of all potential big wars, squaring off with the Soviet Army in Germany’s Fulda Gap. That one would have brought on the end of days, and as a result, despite some scares, nuclear deterrence held. But on the ungoverned fringes of the developing world, other foes got going. Belligerent opponents from poor countries couldn’t fight America tank to tank. But they could hit soft targets—civilian airliners, businesses and embassies. Enter the terrorists. 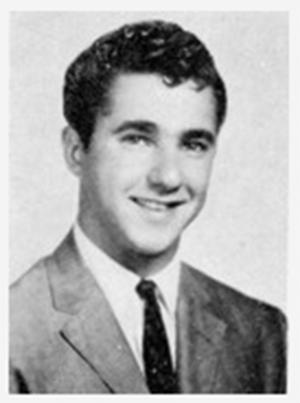 A few years later, the new unit went on its first acknowledged mission. On Nov. 4, 1979, armed Iranian student radicals took the U.S. Embassy in Tehran. The hard-line anti-American Iranian government backed the militants. Sixty Americans were captured. In response, the U.S. assembled a task force to free the prisoners. The assault would be led by Beckwith’s new contingent, to include Freedman.

The problem involved getting Freedman and his teammates to Tehran, almost 400 miles inland from American launching sites on land and sea. On April 24, 1980, as the sun set, a Navy helicopter element lifted off the flight deck of the aircraft carrier Nimitz. The helicopters dropped to low level, skimmed across the coastline and flew into central Iran. Simultaneously, from a hidden runway in Oman, Freedman and company headed north aboard Air Force transport planes. The two groups linked up at a remote spot in the vast Iranian desert. The plan was to refuel the helicopters, transfer the shooters to the Navy birds, then push on to Tehran.

The Air Force aircraft and six Navy helicopters made it to the desert rendezvous. Then it all went sideways. Iranian fuel smugglers stumbled into the landing zone—their tanker truck was blown up, but they got away. A bus of hapless Iranian travelers showed up. They were detained. What else could go wrong?

Something big did. Bedeviled by desert grit, hanging dust clouds and mechanical glitches, too many helicopters broke down. The numbers did not add up to fly to Tehran. So the raid was aborted. Freedman and the rest had come so far. But it wasn’t to be.

It got worse. As the task force repositioned to leave, a helicopter struck a transport plane. A huge, fiery explosion illuminated the black desert. Eight Americans died. Worse, their bodies were left behind, along with way too much classified stuff. It had been a complete debacle.

From the ashes arose today’s much more capable special operations forces. Organization, equipment and training all improved. Missions around the world followed, some acknowledged, others not. The task force did better in Grenada in 1983, and then much better in Panama in 1989. Freedman was there for much of it.

During this busy stretch, Freedman honed his craft in all the key Special Forces specialties. Since Vietnam, he’d been a highly skilled A-Team medic—equivalent to a physician in some countries. He became an expert communicator with all brands of methods and devices. Freedman practiced with a wide range of demolitions. He became such a skilled sniper that he was chosen to teach that difficult skill set to new teammates. As a founding father of his elite unit, Freedman rose to become one of the key wise heads, those who taught and inspired the younger members.

Freedman left the Army in 1990. Another government organization picked him up. That outfit had need of Freedman’s talents and experience. Freedman went away for weeks and months to places unknown. His family knew little of it. Larry’s father Leroy put it best: “His life was a secret from us.”

In 1992, Larry Freedman was 51 years old, a grandfather. He didn’t have to go to Somalia. But he wanted to. One friend warned him that he was too old for this stuff. Freedman preferred to think that his extensive know-how gave him an edge, and he wasn’t afraid of death on a mission. “If there’s any way I want to go,” Freedman said, “it’s doing it.”

He went out that way. After the mine hit the vehicle, his three partners got the team evacuated to the amphibious assault ship Tripoli. The Navy doctor figured that Freedman died instantly. He went as he expected—out in the field with his guys.

On Dec. 29, 1992, Sgt. Maj. Lawrence N. Freedman was laid to rest in Arlington National Cemetery. The U.S. Army’s senior rabbi, Chaplain Col. Sanford Dresin, saluted the soldier who never backed off from a fight and yet found time to say the prayer of blessing over the Sabbath candles. Bush and President-elect Bill Clinton called to express condolences to Larry’s wife Teresa.

A quarter-century later, you can find Freedman’s headstone in Section 8 of the cemetery. The simple marker is black, and includes an etching of a Green Beret and a Star of David. At the bottom, just above the grass, a line from Marcus Tullius Cicero reminds us: “The life of the dead is placed in the memory of the living.” Lest we forget….