“Get the hell out to Pearl Harbor and don’t come back until the war is won.” President Franklin Roosevelt’s order to Adm. Chester Nimitz after the Dec. 7, 1941, attack on Pearl Harbor was clear and simple. Nimitz quickly organized and led a complex and grueling war in the Pacific involving multiple approaches, hard-fought incremental gains won through island-hopping campaigns and joint solutions across all warfighting functions. And he moved a land force that steadily produced unbearable pressure on imperial Japan.

The strategic surprise attack on Pearl Harbor taught the U.S. military a lesson that is woven into the fabric of its military history. This lesson informs much of the U.S. Army’s strategy and operational approach to focus on being ready and active in competition so it is prepared for an abrupt crisis and/or conflict. Add the contested multidomain (space, cyber, land, air and maritime) environment spread across the great distances of the Pacific, and the effort by Adm. John Aquilino, commander of the U.S. Pacific Command, to “think, act and operate differently” becomes a good starting point as the U.S. pushes its strategic weight into the region.

But approaching the Pacific differently, along with viewing the environment through multiple domains, does not change the fact that wars are won on land. After the war, Nimitz concluded: “The optimum of pressure is exerted through that absolute control obtained by actual physical occupation. This optimum is obtainable only on land where physical occupation can be consolidated and maintained.” 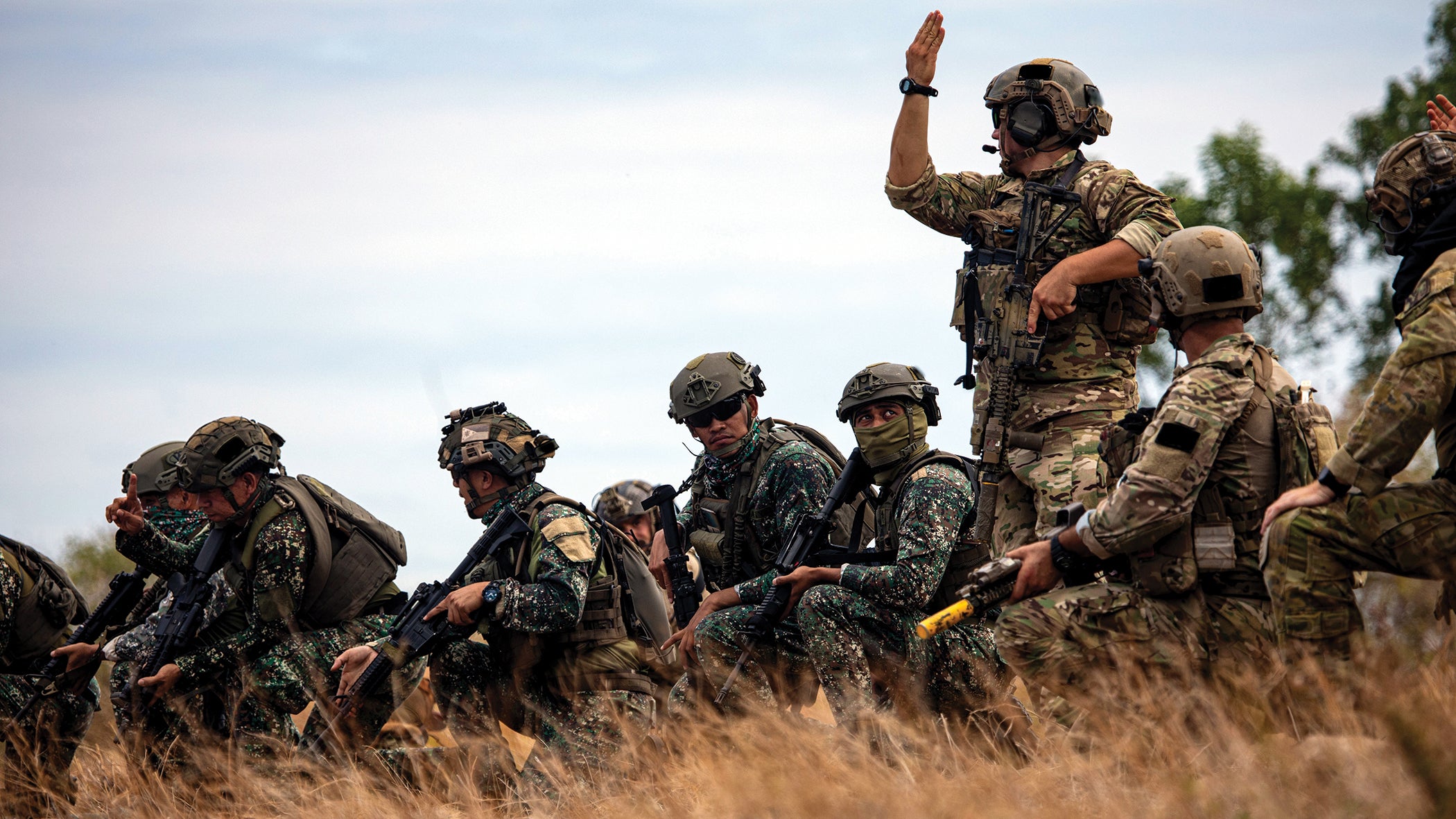 As commander of I Corps, America’s Pacific corps, I think about this fact on a daily basis. Winning requires activity in all domains through an integrated and synchronized joint force. Synchronizing forces becomes more complex as I Corps operates across contested domains and distance. We can no longer assume dominance and security in any domain. We can no longer assume that the battlespace will be uncontested, even from our home bases. Our time is wasted pushing for emphasis on the individual role of air, land, sea, cyber or space power. We need to integrate all of them. In some cases, we could be in contact before we deploy. We ask ourselves, as the operational corps in the Pacific, “How do we best contribute to this herculean effort?”

I Corps’ contribution starts with our ability to provide command and control through a rapidly deployable, scalable and highly integrated headquarters. Gen. Charles Flynn, U.S. Army Pacific commander, said no headquarters of any service is more scalable than an Army corps. An Army corps headquarters can operate as a tactical land component of a larger force, quickly build into a joint task force by adding key staff and enablers, or integrate into a multinational task force to support allied countries for a variety of missions. I Corps can be purpose-driven in what capabilities we bring for a variety of missions, allowing us to right-size our headquarters to be flexible and agile. We can operate as a small cell of seven to 10 people or build into a multinational joint force headquarters of 600 or more. As we apply the capabilities from our headquarters to the problem set of contested multidomain operations, our command and control capability must be distributed, agile and resilient.

In any contested environment, distribution of force (especially the headquarters that directs that force) is key to surviving and remaining effective. As I Corps analyzed the existing multidomain environment and capabilities that could potentially disrupt that environment, distribution at the corps level emerged as a necessary condition for operations. Distributed command and control requires us to deploy our headquarters into nodes, where each node has a specific function and is connected to the other nodes through resilient communication infrastructure, and staff processes are formulated to support the commander to make decisions. Distributing our headquarters into nodes requires breaking away from existing doctrine regarding corps employment.

I Corps’ solution is to organize ourselves through six pillars: structure, form factor, data, transport, location and process. 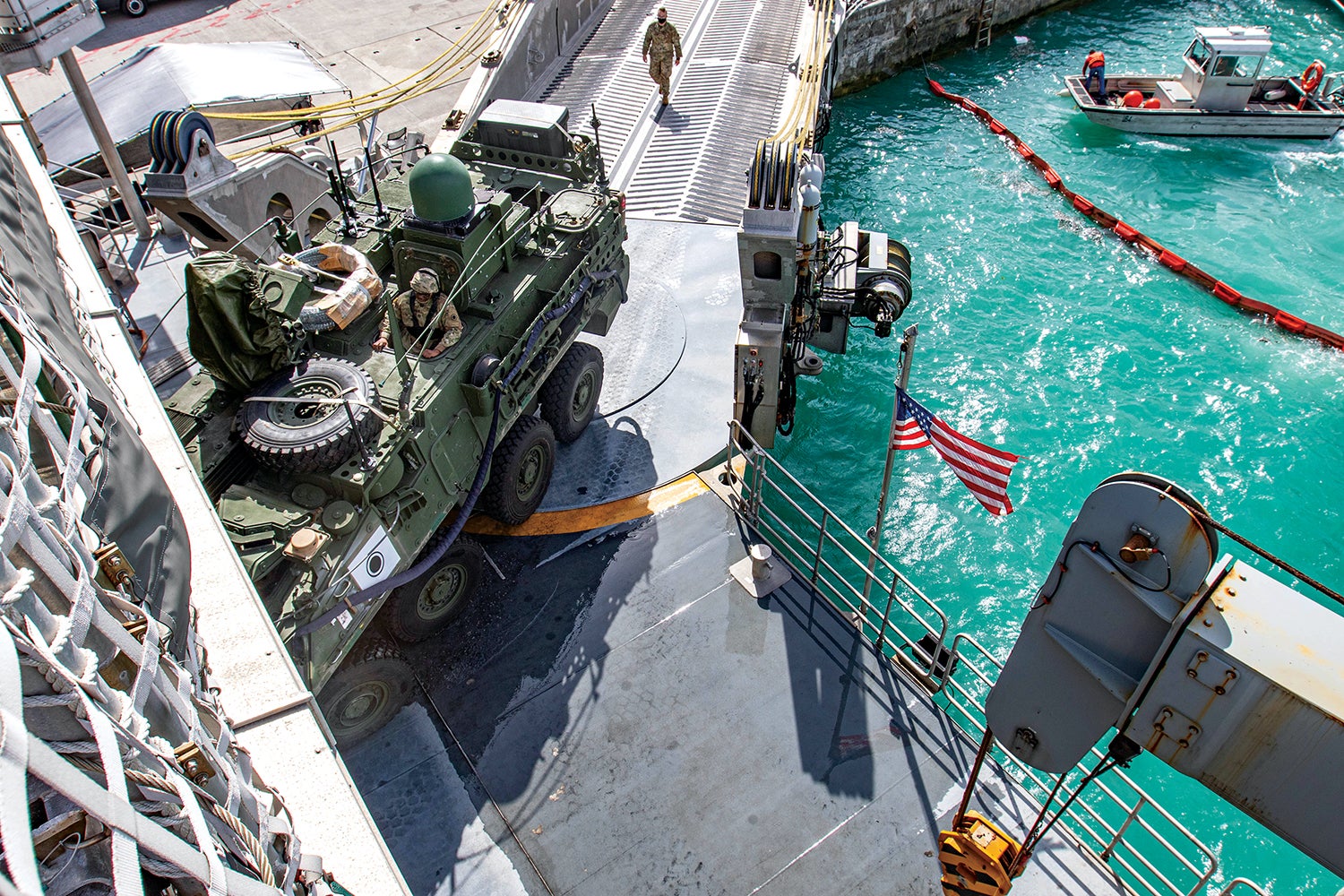 As we distributed the staff into nodes, the question became, what sections and functions should go together? We can no longer walk to the tent or container next door for one staff section to talk to the other. But sometimes, certain staff members interact with certain functions so frequently that it is best for them to be together. Additionally, which leaders need to be in person with which sections to best provide planning guidance and intent?

For now, we did not determine the one “right answer,” but we are experimenting to find the most optimal structure based on the mission. For example, we might sometimes need a pure logistics node, while other missions may require a logistics planner at all nodes. We will continue to iterate and experiment with this purpose-driven approach through fiscal 2022 and 2023 exercises in the Pacific, varying our structure to best support our missions. 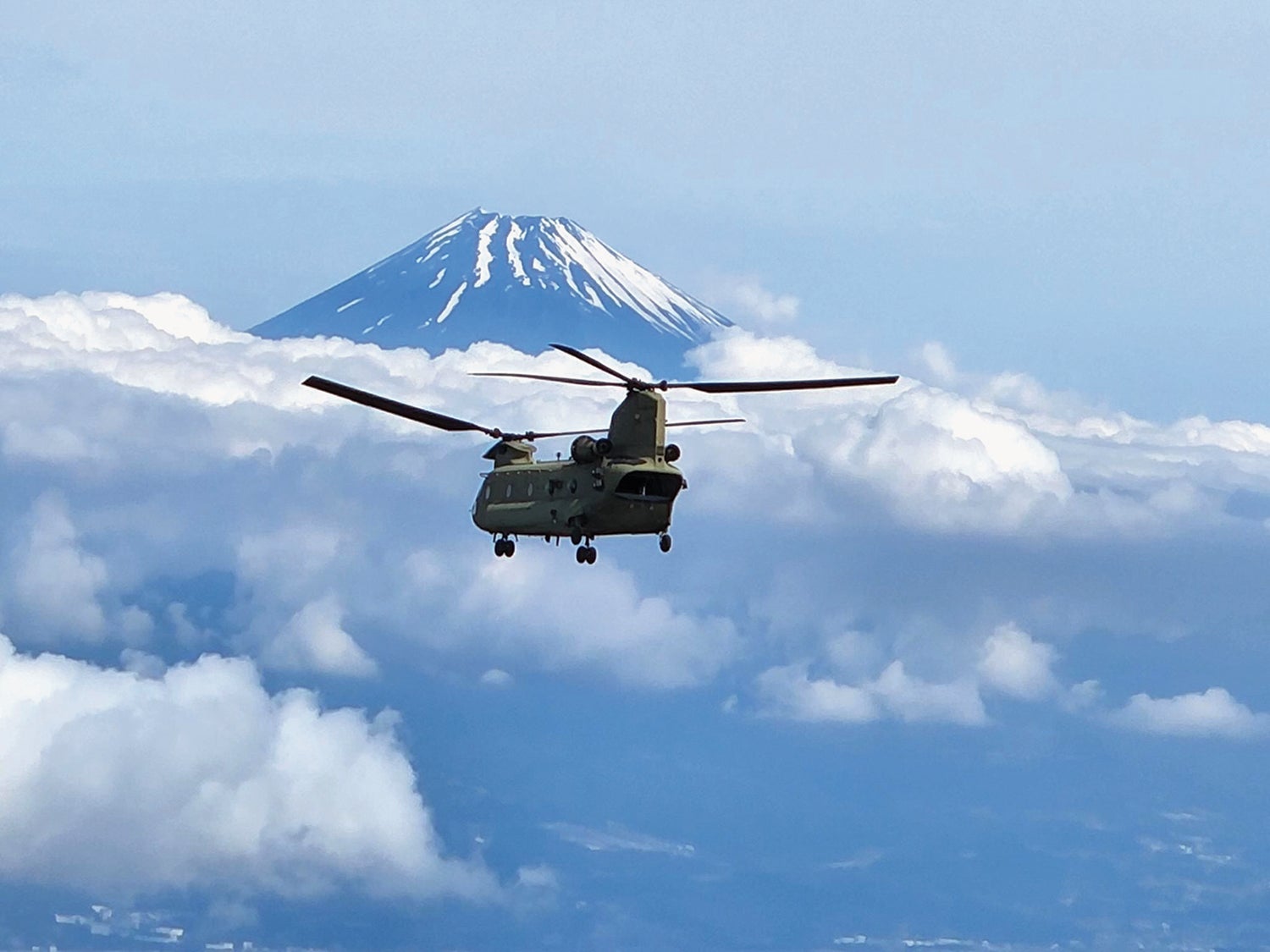 Contested multidomain environments require us to think differently about how we maintain continuous command and control from our posts to the forward area. Based on existing technology and capabilities in the world’s militaries, we will have to fight into a conflict through different contact layers in multiple domains. We are experimenting with different form factors for a node. In February and March, we deployed our early   entry command post (consisting of four Stryker vehicles with robust command and control capability) onto C-17 Globemaster III aircraft with en route communications west of the international date line. We have experimented with doing the same afloat, aboard a Navy Expeditionary Fast Transport vessel. Whether it is a building, tent, vessel or aircraft, the form our command and control nodes take, known as the form factor, should be agile and flexible enough to adapt to the environment.

Our form factor is only feasible if we can access the data to enable decision-making. Speed of decision is the true purpose of Mission Command, enabled by headquarters and staff. We know the future of warfare will involve making decisions at machine speed, and that only works if we can improve the ease of access to data during headquarters exercises and deployments. We integrate cloud computing to help us access our digital data to enable staff processes, functions, common operating picture and access to intelligence from anywhere on the globe and on the move. This venture has also helped us get away from the luxury of having all our data, all the time. We had to ask ourselves, what data do we truly need? This optimization helped us get the right data faster and made it accessible at the right time for a decision. 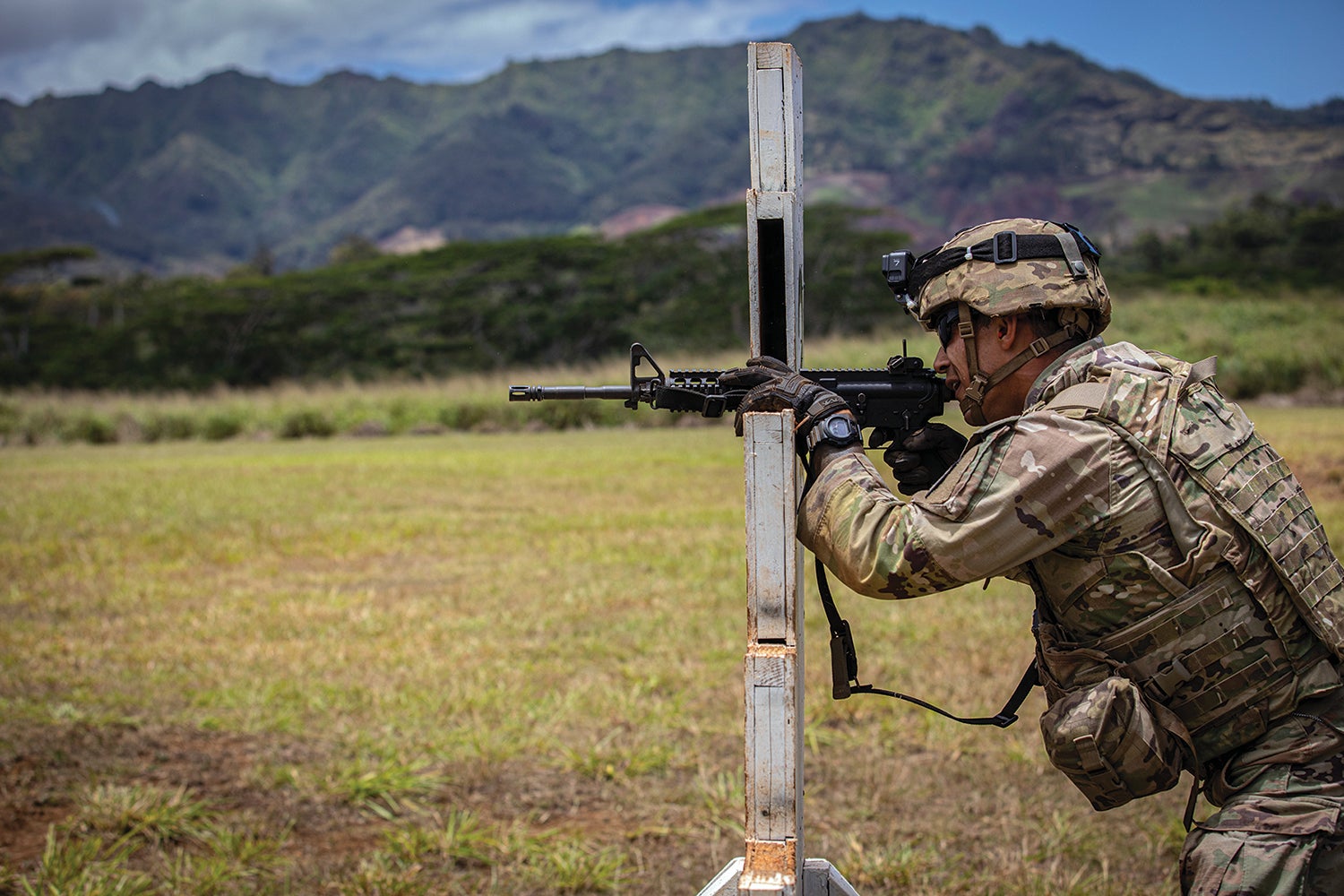 Closely linked to data is transport, or how we can move the data between nodes. To support an agile, distributed and scalable headquarters, we need diverse, assured and agnostic transport. This means moving data through satellite, military systems, civilian systems, cellular or any other path that provides an avenue that can move necessary data between nodes. This includes using joint communications, where Army units can move data across Navy systems. The transport pillar of our concept is directly enabled by the data and process pillars because, as we have learned through experimentation, an efficient process to determine the necessary data to access and transport will optimize the commander’s speed of decision.

The employment of land power, unlike other domains, requires access that heavily depends on partnerships. This dependence is one of the greatest strengths the Army provides to the joint force. Being present with our partners conveys our commitment to security throughout the region, our desire to train and learn together, and provides an avenue to our partners to contribute to security. When we are permitted to place a node in a partner country, we can provide them with a way to plug into and contribute their capabilities and have them augment the force with manpower.

An important point of the location pillar is always having a node connected to the staff at I Corps’ home at Joint Base Lewis-McChord, Washington. The location of this node is important to support the information advantage by linking our bases and enabling the speed of information and decision to educate and inform families and senior leaders. 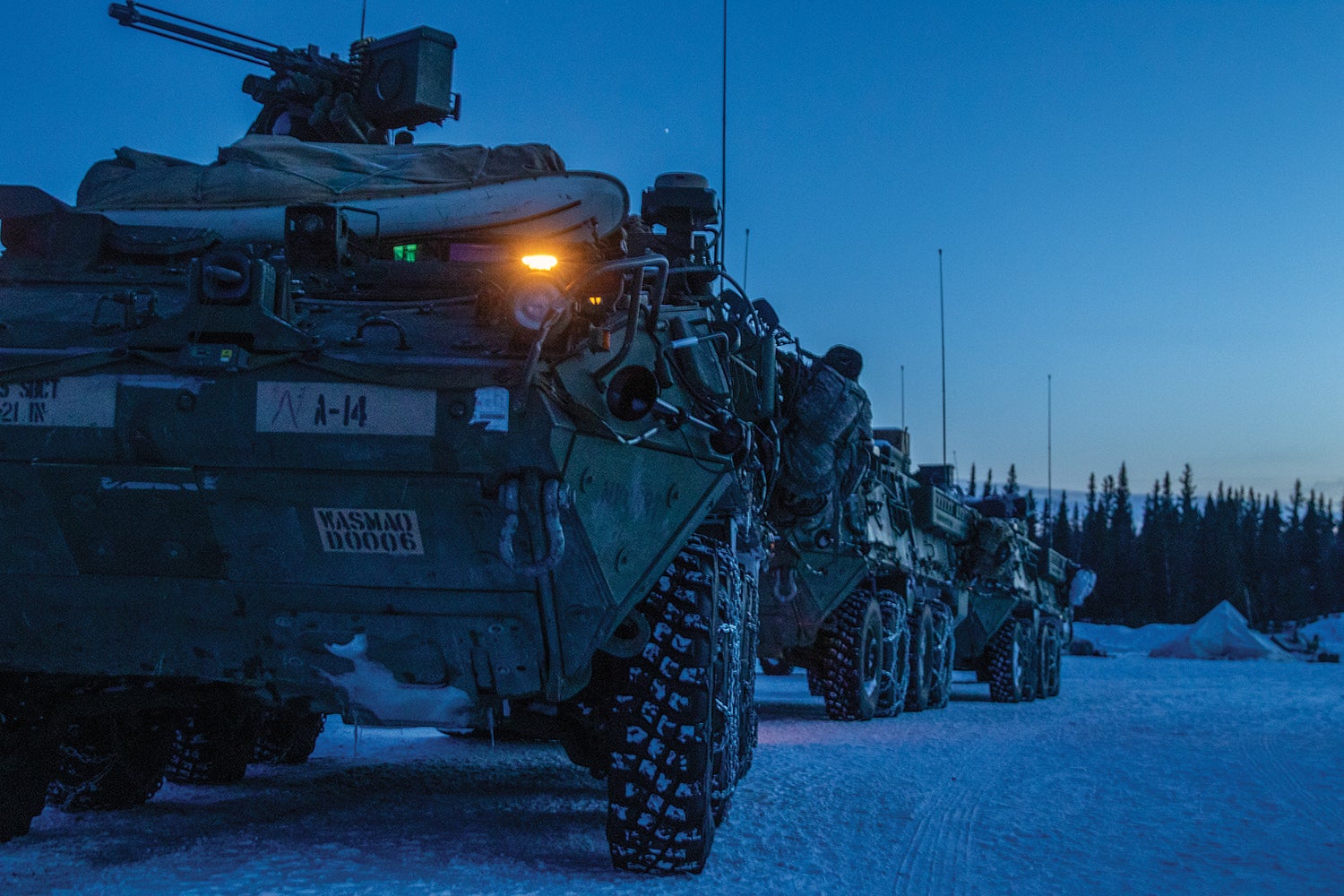 The most challenging aspect of distributed nodes is executing productive and efficient staff processes while working remotely or separately. As more and more businesses operate digitally and remotely because of the COVID-19 pandemic, the military can follow this trend. So far, we have seen that we can learn and accomplish much through action, and our bias for action reveals solutions and best practices.

We are killing the status quo and learning that you do not have to be sitting next to someone, or even be in the same time zone, to run the corps battle rhythm. Starting fresh in our processes has forced us to be efficient with our use of time and avoid overuse of boards, bureaus, centers, cells and working groups. This has optimized our battle rhythm and empowered staff members to help speed up decision-making. 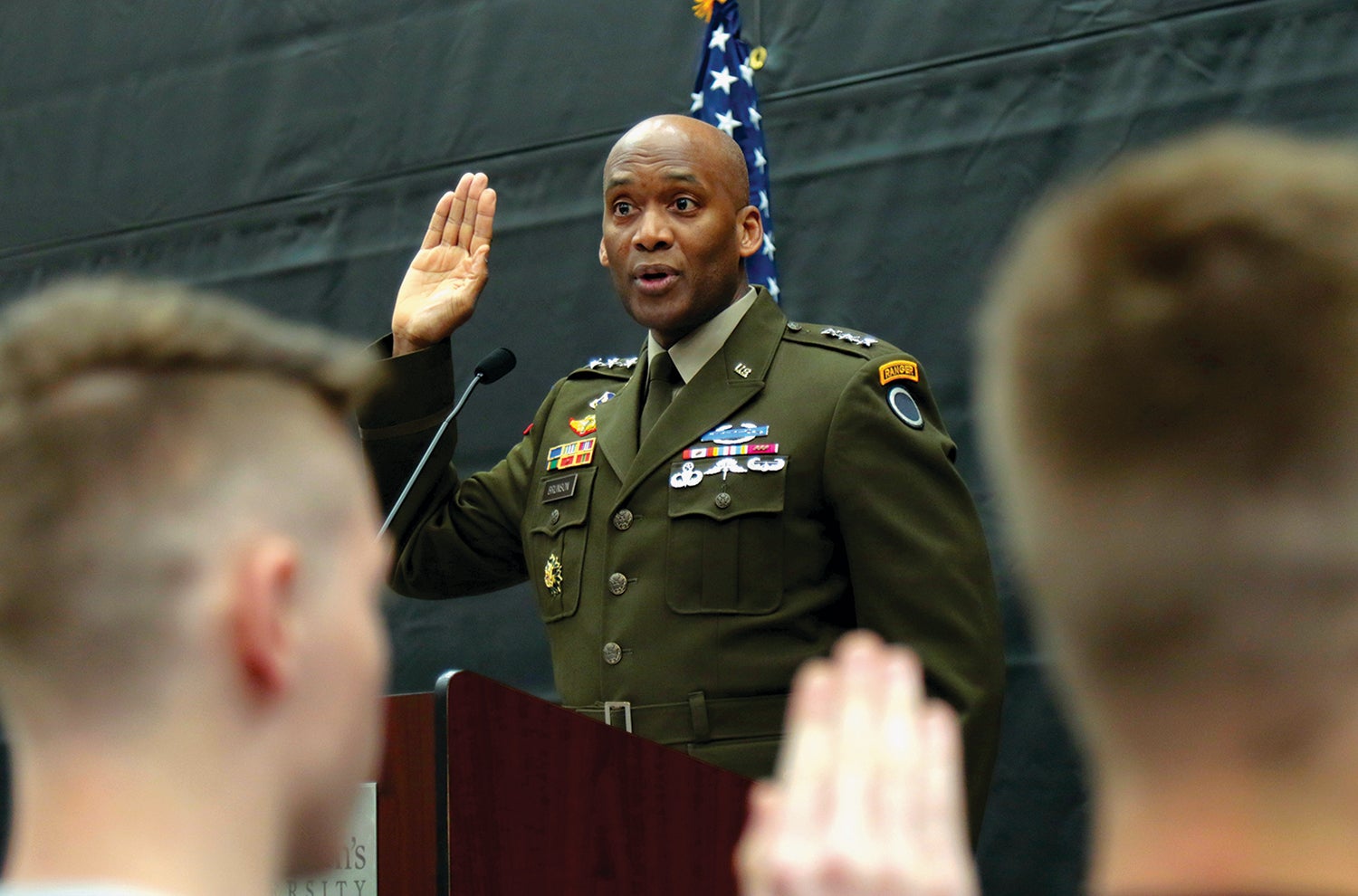 At this point, it is important to note that the six pillars of distributed corps command and control are not a static, verified solution to “thinking differently.” They are a starting point I Corps will continue to experiment with through exercises in the coming year. We employed our early entry command post in different form factor platforms (on a Navy vessel and in an Air Force aircraft) and integrated three nodes into the Cobra Gold 22 exercise this past February and March in Thailand. We plan to expand to up to five nodes in future exercises and plan potential form factor solutions across different Navy and Army vessels, Air Force aircraft and locations across the Pacific.

We also plan to use this nodal concept during our warfighter exercise this September and October, and our bias for action has us headed in the right direction. While the Pacific Theater widely covered in the maritime domain makes operations inherently complex, this concept is universal to different environments. Distributed command and control is necessary for all corps, in both Europe and the Pacific, no matter the predominant domain of the environment.

The predominant domain should not be our focus when competition in all domains is required to ensure integrated deterrence in the Pacific. As strategic-level focus falls more on the region, we must heed the timeless lessons from Nimitz on the role of land power. Key to the employment of land power is distributed command and control at the operational level. Our six pillars—structure, form factor, data, transport, location and processes—are starting points that are vital to employment of the corps. As we continue to operate (and experiment) with our headquarters distributed from our home base to west of the international date line and into the first and second island chains, we hope to improve our ability to be present with our partners and further integrate them into our operations.

Lt. Gen. Xavier Brunson is commanding general of I Corps and Joint Base Lewis-McChord, Washington. Previously, he commanded the 7th Infantry Division, Joint Base Lewis-McChord. He entered active duty in 1990 and has commanded at multiple levels in both conventional and special operations forces in combat. He holds two master’s degrees, one in human resources development and the other in national security and policy.